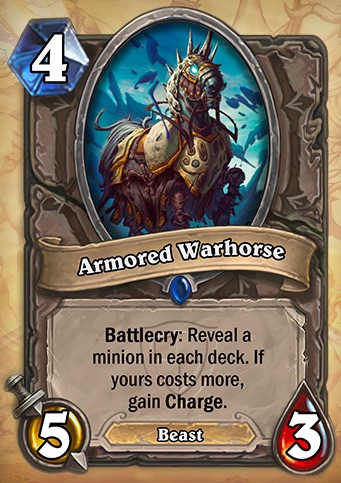 Were you playing Magic: The Gathering in the Lorwyn block? If you weren’t here’s what you were missing: Bitterblossom, Bitterblossom everywhere. The block of cards, at least in my local meta, was perfect for hyper-aggressive faerie decks which were hard to beat. Aside from faeries punching you in the face, Lorwyn had a cool mechanic called “Clash," and a whole bunch of cards that involved clashing. When you clash, you and your opponent pull the top card off your deck and whoever has the higher converted mana cost wins. Problem was, competitive Magic players really aren’t super into the idea of RNG beyond just the randomness of shuffling your deck, so outside of limited, cards with Clash rarely seemed to see much play.

Roll the clocks forward nearly eight years, and here are are playing a virtual collectable card game where RNG is celebrated to an extent that’s hard to fully appreciate. Earlier this morning (US time, anyway) Blizzard made some Hearthstone announcements, and among them is the addition of jousting. When you “joust" in game, it works almost exactly like Magic’s clash, with one distinct difference: Jousting only pits creature cards against creature cards. Thematically, it makes a ton of sense for this expansion, being a tournament and all. Here’s what it looks like in action:

It’s a cool counter to fast aggro decks. For instance, I’ve been having a good time cheesing my way up the ranked ladder with a real zippy Warlock zoo deck, but my average creature cost is super low. Chances are I’m going to loose most jousts playing that deck, as my highest mana creatures are 4-5 mana, with most being closer to 2-3. If you’re playing joust cards, it’d seem smart to not play a bunch of little dorks with them, and winning jousts is only going to put you at a greater advantage over zoo decks. I dig it, a lot. If you were hoping The Grand Tournament was going to shake up the meta, well, you got your wish.

The other half of their announcement is changes to the ranked system and how rewards work inside of it. Most months I’ll only play ranked up to rank 20 to get my card back, then say screw it, as the overall morale blow is a real thing when you go on a losing stream and suddenly find yourself sliding back five ranks. (It always seems like it takes so much less time to lose ranks than it does to gain them.) If you weren’t making a run for Legend, there wasn’t a whole lot of point in playing past rank 20 either, as you got your card back, and you’re good to go. There’s no reward short of bragging rights in between rank 20 and rank 1. 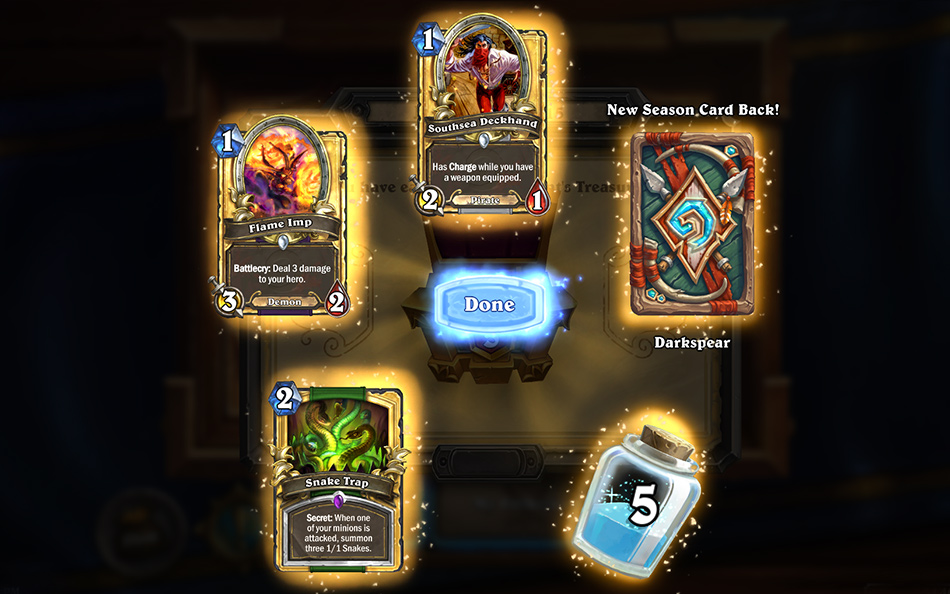 Not anymore, Blizzard is adding Arena-like rewards depending on how far up the ladder you make it. Better yet, those rewards are based on your top rank that month, instead of your rank at the end. So, if you’re on a heater and make it up to rank 9, then slide back down to 14 (It happens.) you’ll get rewards for rank 9. These rewards range from a small amount of dust for lower ranks to a pack of golden cards at higher ranks. Again, I dig it, as it’ll provide way more motivation to diddle around in ranked and something to shoot for between the card back everyone gets and the Legend card back.