Kimmo Lahtinen’s Trigonarium ($2.99) is possibly my second-favorite dual-stick shooter this year, ahead of Xenowerk (Free) just in terms of this being more of a pick-up-and-play-friendly high score game, and behind Geometry Wars 3 ($9.99), because it’s Geometry Wars. It’s like being the second-most beautiful person on Earth. Anyway, I mention Trigonarium because the game has gotten another big update, this time adding a brand new “Ultimate" set of levels. 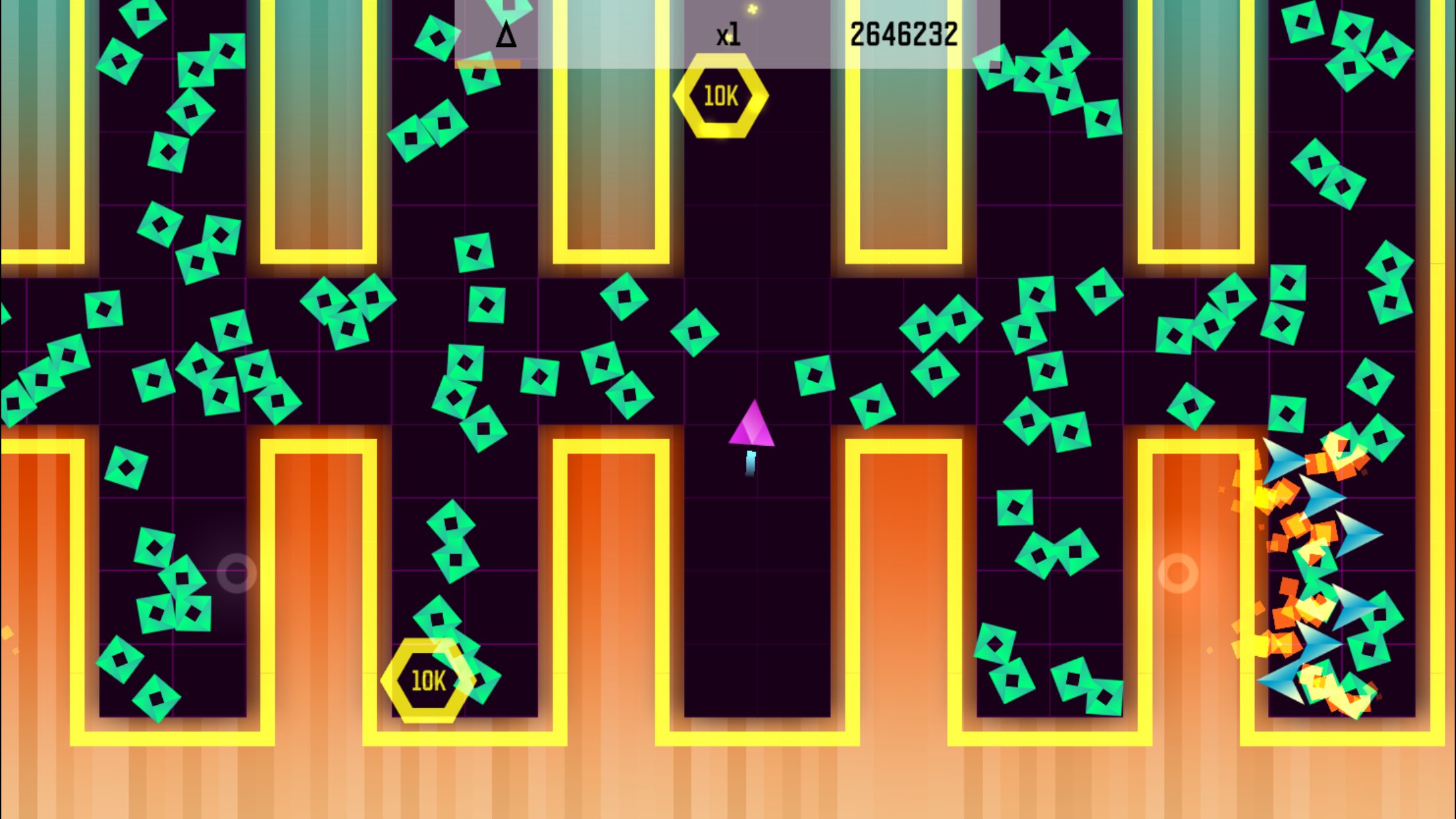 These new Ultimate levels bring 5 more levels to play through, with plenty of new elements that pop up as you play. Score bonuses that also power up your weapons can be had, extra lives, and new intense enemy formations are there to test you. It’s not easy, it’s remarkably intense, and it’s a ton of fun, just as the rest of the game is. Lahtinen says this is likely the final update as far as content goes, but no matter how the game’s sales went, he made a fun game that’s feature-packed and has become one of my favorites. If you like dual-stick shooters, check out Trigonarium.