I don’t know about you, but I’m still excited about yesterday’s announcement regarding the upcoming Hearthstone (Free) expansion, The Grand Tournament. As I wrote yesterday, with all the new cards, the new keyword, and the new mechanic, Hearthstone will be a lot of fun to play, especially with a very fluid meta during the first months. I know many of you are curious to find out about the upcoming cards, and Blizzard is now giving you the opportunity to vote for the next cards to be revealed. If you go to TheGrandTourney.com, you’ll have the option of voting which card should be spoiled next. The website also offers information about the upcoming expansion and a few of the already-revealed cards.

In addition to this information, Eric Dodds, Hearthstone game director, told Polygon some very interesting news regarding the Arena and Tavern Brawl. According to Dodds, the developers have decided to continue with the idea of a “delightful surprise," which is one of their guiding principle, and make the packs you win in Arena random: you could earn a classic pack, a GVG pack, or a Grand Tournament pack. Dodds also said that they are looking at Tavern Brawl as Hearthstone‘s experimental lab where they get to try ideas and see if they work or not. At the moment, Tavern Brawl is playing out to a certain “cadence," but they intend to make Brawl even crazier than it has been so far. He also said that in the future, we’ll see repeat challenges rather than new ones every week.

I’m glad Blizzard is rethinking the ways it distributes Hearthstone cards by making the Arena rewards attend to the needs of players new and old, although I would prefer that Arena offers more Grand Tournament packs overall (and maybe they will make it so, we’ll see). Nevertheless, the upcoming expansion, which releases in August, will probably transform Hearthstone unlike any other Expansion or Adventure has. If you want to enjoy some of the new cards in action and see how much the game is going to change, take a look at the video above to see Amaz face Trump during The Grand Tournament reveal.

Oh, and one last thing, our pals over at Hearthpwn spotted two new cards from the Korean livestream. They may not be translated totally perfectly, but, here they are: 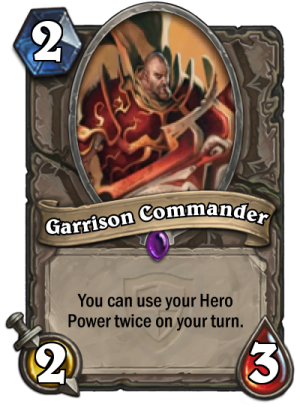 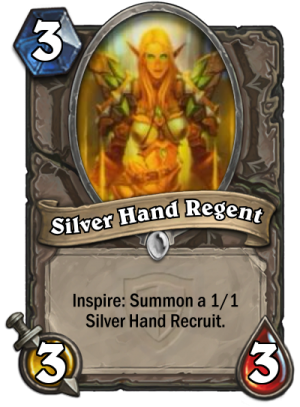