I don’t think I’ll ever get tired of samurai-based media. There’s a certain elegance to it, especially when it’s coupled with images of Japan’s serene countryside. In that regard, Samurai Blitz (Free) is basically everything I could ever want out of an endless action experience.

Before you turn around and dash away, just because Blitz is a runner doesn’t mean it lacks depth. While you will be running, that much is a given, our hero has the ability to both jump and slash, giving the proceedings a more skill-based and engaging feel. The best part about using both abilities in tandem is the fact that slicing enemies gives you a small inherent air boost, so you can sort of delay your attacks to keep from touching the ground for bigger combos. It’s such a small thing, but it works flawlessly and the timing isn’t that difficult to learn at first. 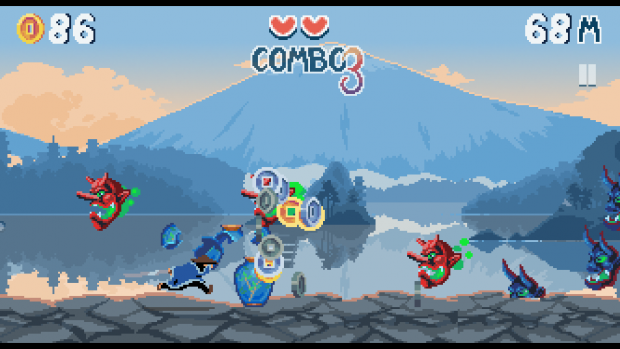 That’s mostly because the control scheme is simplistic in nature and incredibly responsive. Tapping the left side of the screen will allow you to jump, and the right side will attack, with a small easy to reach icon for scrolls (more on that later). As far as advanced maneuvers go, you have the power to double jump, and that’s about it. You’ll have a generous three hearts in which you can take damage, and after death, you can use a portion of that run’s gold earnings to revive once. It’s a great way to encourage newcomers to press on, and a nice safety net for veterans who may make a few mistakes during a great run.

In terms of the in-game shop, Blitz is pretty fair, even if it’s incredibly stingy with its coin economy.  Upgrades range from aesthetic sword and outfit choices to useful spells, which allow you to engage offensive attacks like fireballs or defensive barriers. I really like how the shop is designed — it’s simple, the “real money" icon is tucked away in the corner, and you are well informed of what you’re getting. If you really enjoy the game I highly recommend picking up the $2.99 coin doubler, because again, the actual earn rate is rather low. Another neat feature is the secret shop, which sells high-priced mysterious items from 9PM until 6AM real time. 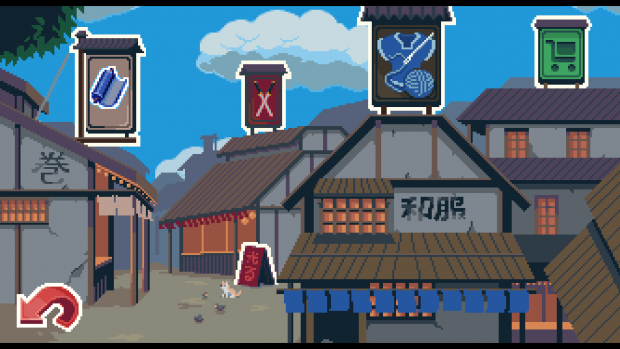 I would have a bigger issue with the economy of Samurai Blitz if the game weren’t so fun to play on a constant basis. Although it would be nice to earn rewards more often, the core mechanics stand up on their own, and this is one runner I’ll be keeping on my device for quite a while.