If you haven’t heard of Bedlam, it’s an upcoming post-apocalyptic, turn based, tactical rogue-like that looks like Mad Max and Banner Saga had a baby. Bedlam looks at games like FTL and XCOM for inspiration and is built on the Banner Saga Engine. Imagine Oregon Trail, chess, and 80s-era over the top apocalyptic landscape, and you get the picture. In a recent interview, one of the developers said that after the game comes out on Steam in September, their next stop is probably going to be iOS because the game plays great on a tablet (they’ve already been running it on the Microsoft Surface, and “it’s awesome.") If the game makes enough money, an iOS port is highly possible. 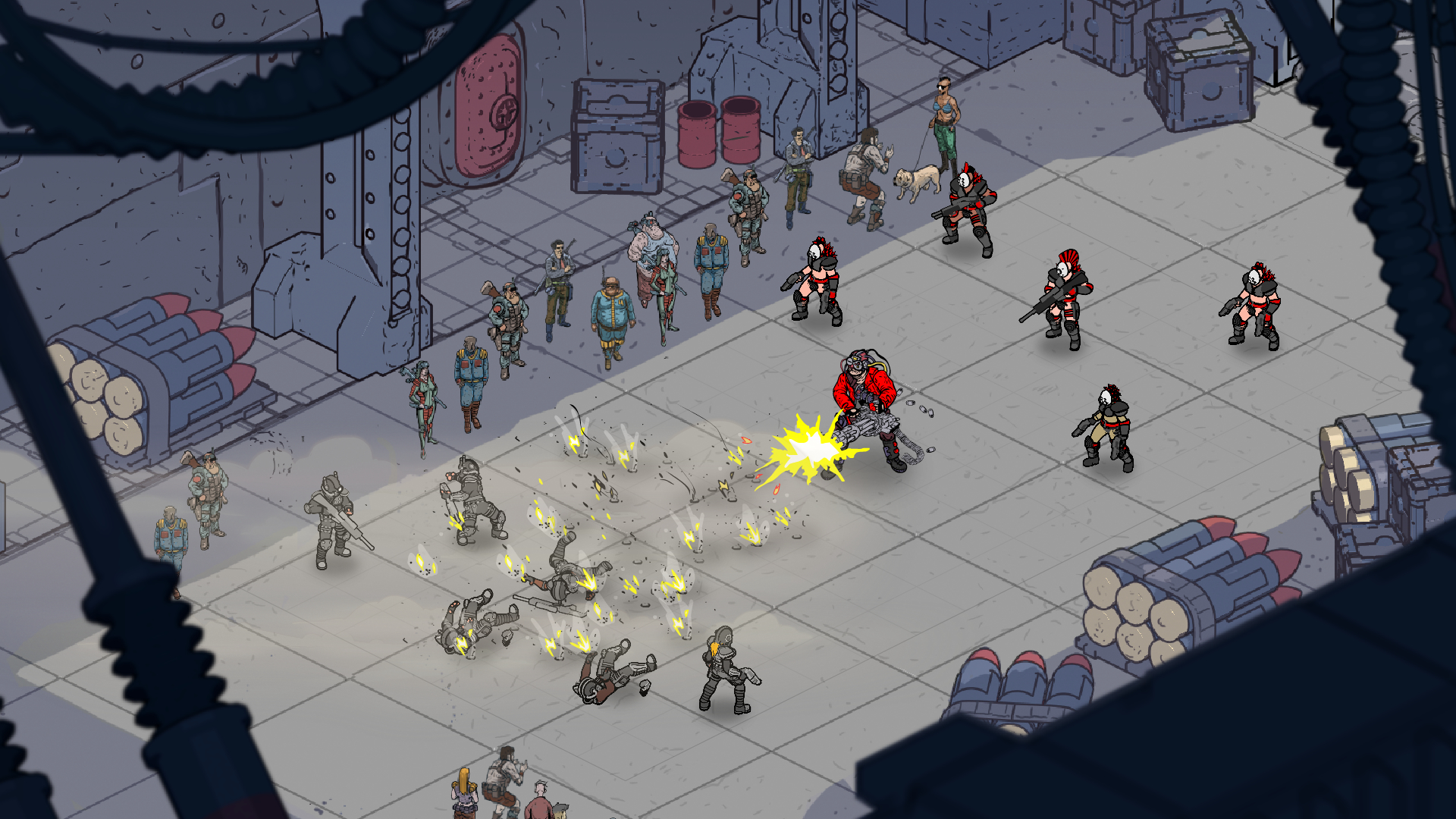 The game has many of Banner Saga‘s elements, like supplies management (which feels a lot like FTL), and chess-like battle strategy, but it adds to that recipe four unique races, four character classes, randomly generated encounters, and crazy, over-the-top attacks and weapons. The company appears very proud of its “blitz battle system," which has no turn-order for combatants, powerful Dozer (huge rolling fortresses with armors and weapons) equalizers, and tide-changing Dozer weapons. By having no turn order, the game plays more like chess than Banner Saga, but instead of pawns, you have melee, shotgun, pistol, and rifle classes. According to Feargus Urguhart, CEO of Obsidian Entertainment, Bedlam is Fallout on wheels. The game also takes its rogue-like reputation seriously as you only get one chance to get your crew through the hellish world of Bedlam. Sounds great, at least in my books, so hopefully we’ll get Bedlam on iOS soon.