For a few years, Gungho’s Puzzle & Dragons (Free) was unstoppable in Japan. It ruled the App Store charts, its merchandise was everywhere, and it even got a collaboration with the king of gaming himself, Mario. Kids were playing it, adults were playing it, and everyone was talking about it. Companies like Square Enix, Supercell, King, and more all gave their best efforts to knock it down only to come away defeated. Then, from the unlikeliest of sources, a successor came. Mixi, a company previously mostly known for their Facebook-like social network, released a game developed by former Capcom producer Yoshiki Okamoto. The name of the game was Monster Strike (Free), and it was the first challenger to draw blood from Puzzle & Dragons since its launch.

Monster Strike took over the top spot from Puzzle & Dragons, and the two of them have been wrestling back and forth on the charts for a while, until recently. Puzzle & Dragons is finally falling off, and Monster Strike is now the uncontested king of Japanese mobile gaming. What better way to show off your success than with a custom credit card? Mixi is collaborating with Japan’s Sumitomo Mitsui Banking Corporation to create some VISA credit cards that fans will adore. Not only do the cards feature art from the game, but by making purchases with the card, you’ll earn points that can be exchanged for special collector’s cards. Those cards are not only cool collectibles, but they also give you in-game goods like Orbs and free pulls in the game’s premium gatcha draw. 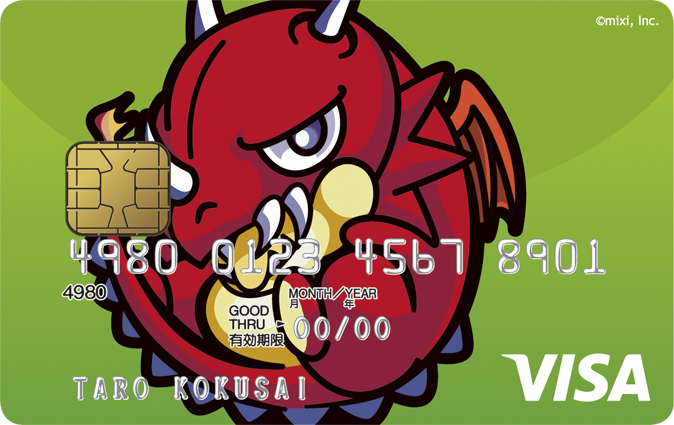 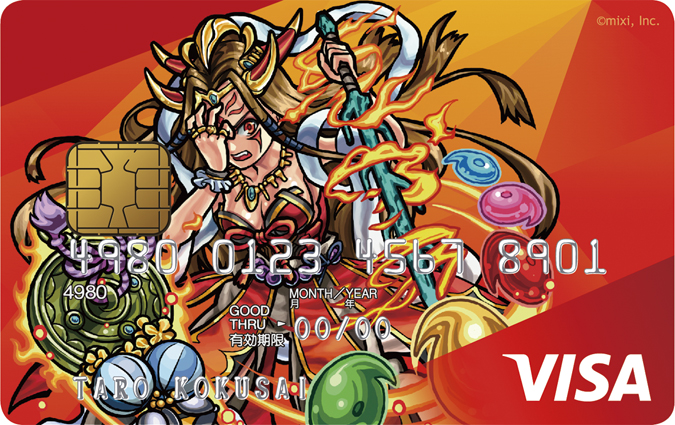 This isn’t the first game/financial institution mash-up we’ve seen, of course. For example, Riot Games offers a League Of Legends pre-paid American Express card that also offers in-game benefits from making purchases. It is somewhat unusual for an actual credit card to have this kind of tie-up, as opposed to a prepaid card, but that just goes to show you how big Monster Strike and mobile gaming in general have become in Japan. This card is naturally only available to residents of Japan, so all most of you can do is enjoy the pictures. But hey, enjoy away, friends!