Cloning issues are always iffy, particularly when you have the issue of indie vs. indie or indie vs. large corporation. But when you have two big Chinese corproations, each likely with significant financial backing, going at it over game cloning? Get the popcorn ready. Taichi Panda (Free) publisher Snail Games is suing Skymoons and IQIYI over their game The Journey of Flower, which is based off of a hit Chinese TV show, alleging that it rips off Taichi Panda‘s gameplay and user interface, while also making sure that you can’t use the words “Taichi Panda" in the game’s chat. For example, Snail Games sent over this image among others for comparison:

Of course, the sort of unspoken thing with all this is that all these free-to-play games are using very similar mechanics, monetization systems, and the like, and it all kind of winds up being like this Penny Arcade strip: 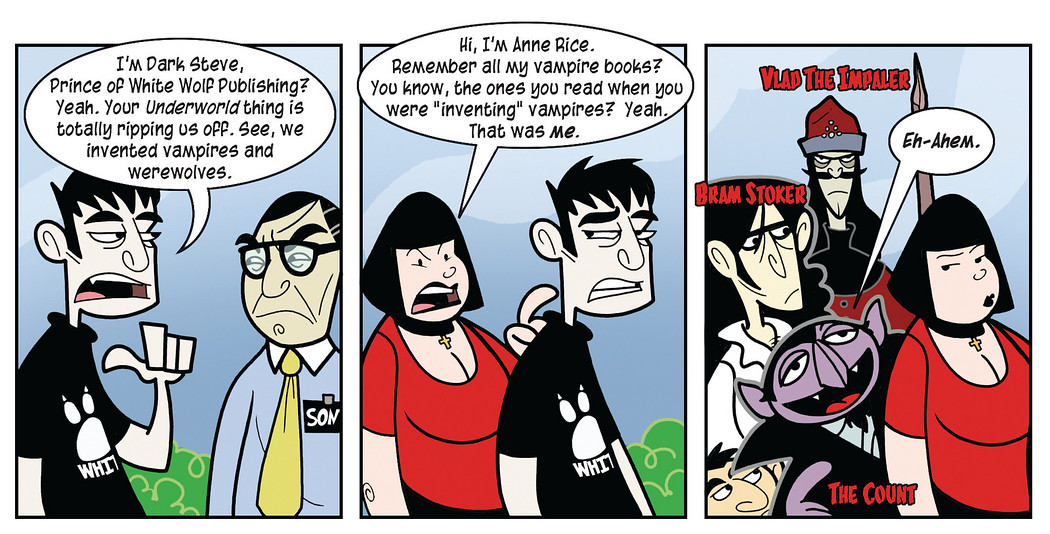 There might just be an invisible line that you can’t cross with these games, that you can be similar but not too similar. And while in the American court system, you can’t copyright game mechanics, Chinese court might work differently. Sadly, Snail Games has yet to find anything as juicy as when Lilith Games found their copyright notice in Heroes Charge (Free). Who knows how this will all shake out – it might wind up being settled quietly out of court – but it’s still interesting to see just where the line is in a mobile gaming industry that isn’t afraid to shamelessly adapt concepts from one game to another.