I’ve been playing Bethesda’s Fallout Shelter (Free) since its release the Sunday before E3 and after starting over a couple times finally have a vault with over 100 people and a fully upgraded Nuka Cola Bottler. This has me at the strange point you really rarely hit in free to play games where I find myself saying, “Well, now what?" It’s a weird feeling, as basically all free to play games, builders in particular, orbit the idea of a never-ending treadmill of content. I’ve got friends that have been playing Hay Day (Free) for years without running out of things to do, and here I am saying “Well, now what?" in a matter of weeks of playing Fallout Shelter.

This has led to me thinking of what things I’d love to see Bethesda add to the game, which keeps circling back to the biggest glaring omission of Fallout Shelter: The whole secondary (or primary, depending on how you read into the lore) motivation behind the vaults even existing in the first place. If you have no experience in the Fallout universe, you should really check out this fantastic Imgur gallery detailing the important events in Fallout history: 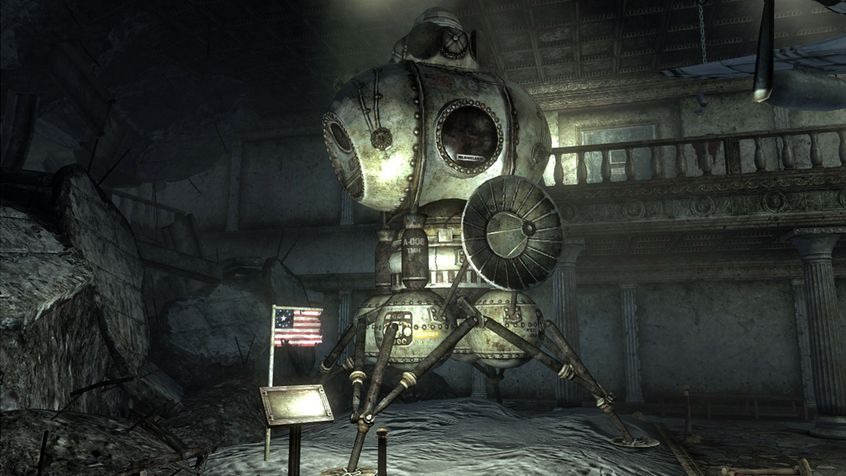 Up until 1961, the history of the world according to Fallout falls in line with the version you probably already know – agriculture was established, all the same revolutions happened, World War 1 came and went, and World War 2 ended with the dropping of the atomic bombs on Japan in August 1945. The first real sign of a timeline shift happened in 1961: Carl Bell’s space flight in the Defiance 7 on May 5, making him the first human being to leave the Earth’s atmosphere before his death upon re-entry.

That might sound like a bit of historical minutia that you forgot from high school history class, but I assure you it isn’t, because Carl Bell doesn’t exist. The first person in space was actually Soviet cosmonaut Yuri Gagarin on April 16, 1961, but in the Fallout timeline his flight never occurred. In addition, NASA and Apollo 11 (the first manned lunar lander ridden by Neil Armstrong) don’t exist, and in their place stands the United States Space Administration and Valiant 11. America still lands a man on the moon, but not before…

Following the Red Scare, the Cold War, the entire re-structuring of the political boundaries of the United States, the invention of robot workmen, wars over natural resources, and generally the entire world going to sh*t, Vault-Tec started building vaults to protect humanity from impending nuclear attacks. But, as Fallout historian and Imgur user Smashpro1 points out, “Unfortunately the US government isn’t actually full of benevolent philanthropists interested in the safety of the civilian population. Rather, most Vaults are staging grounds for elaborate social experiments to determine the best course of action for superior specimens to repopulate the world."

This brings us to another Imgur gallery from the same person detailing all the different known vaults in the Fallout universe and the specific social experiments being conducted inside of them. For instance, Vaults 68 and 69: 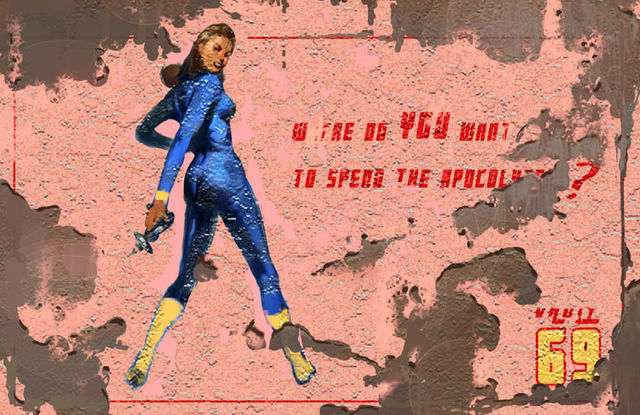 Purpose: Extreme gender imbalance. Each vault had nine-hundred ninety-nine members of one gender, and only one member of the other (one woman in Vault 68, and one man in Vault 69).

There’s a ton of variety in the other vaults too, ranging from how long they’re supposed to be self sufficient to different types of load outs of weapons, drugs which created mutants, etc. This honestly is one of my favorite things about the Fallout universe is because of the crazy things that arrive in the world when you essentially bottle up humanity with weird quirks, then let them loose and see what happens. Playing through the Fallout games results in a fascinating display of the results of these experiments.

…Yet, the very thing that is so integral to the Fallout universe itself is all but entirely absent from Fallout Shelter. Sure, you’re building a vault but all the nefarious side-angles of that vault being built aren’t there at all. The game also isn’t structured in a way that you could do anything crazy if you wanted to, short of the Vault 68/69 stuff since every vault starts with standard load-outs and all you can control is the sex of your inhabitants.

This is what I’d absolutely love to see in future updates to Fallout Shelter. The game feels like it has a limited top-end, both due to the room you have to build and just overall repetition of resource-gathering rooms you have to keep your vault going… So why not shift focus to encouraging players to have multiple vaults, with increasingly crazy goals, then reward those players by unlocking even more ridiculous objectives to shoot for in future vaults? I feel like this makes far more sense than updating the game to increase the population cap and add a couple new rooms, particularly when so many people are experiencing performance issues once their vaults grow too large to begin with.

Wishful thinking, maybe, but adding the nefarious angle that makes Fallout games so entertaining would elevate Fallout Shelter from a game I had a fun two weeks with to a game I’m never going to stop playing.