Imagine a cute bunny hoping around a hellish landscape, leaving the bloody trails of his repeated failures all over the wonderfully-drawn landscape. Sounds fun, if somewhat macabre, doesn’t it? Well, it is indeed. Furdemption (Free), the puzzle platformer (or bunny-suicides simulator) from Raresloth (apparently a very philozoic two-person company), is a very fun game with great art and animations and a responsive control system that almost always delivers. Puzzle games don’t always excite me because I find most of them too reliant on trial-and-error design, which requires more time than I’m willing to put in games of this genre; fortunately, Raresloth expertly designed and molded Furdemption into an intuitive puzzle game that is a pleasure to play. 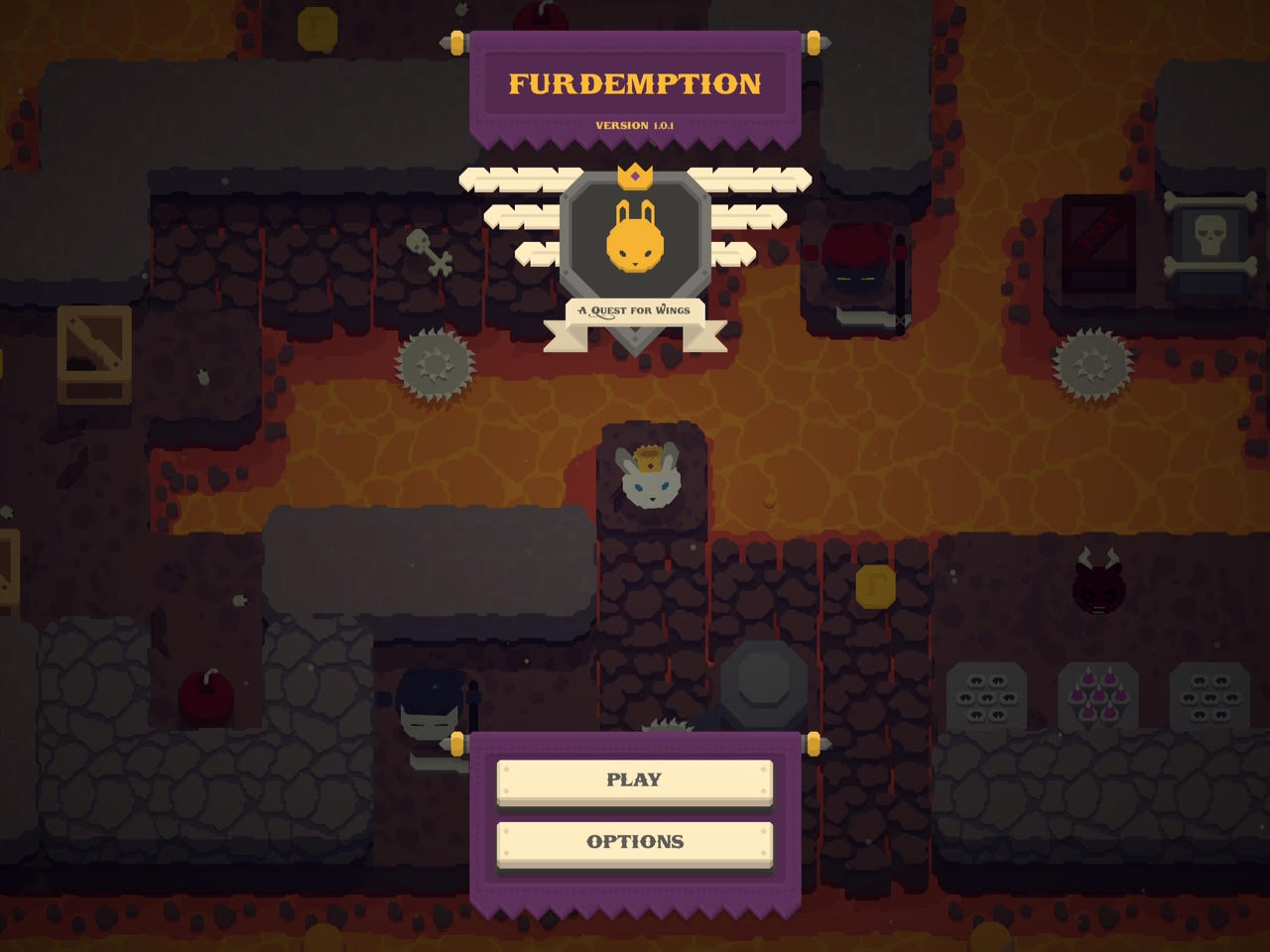 Raresloth got our forum members involved from early on in development when it hunted for beta testers to help the two-person development team build and finish the work they had poured their hearts and minds into. After iterating on their original idea (and listening to the feedback from the beta testers), Raresloth finally wrapped the game up and dropped it on the App Store. In Furdemption you play as a cute, bouncy royal rabbit that tries to make it through each level’s obstacles and grab the feather that lets him build wings to escape hell. As you can tell, this game’s story is relatively minimal but also intriguing in its minimalism because you can tell while playing that the developers probably have a more detailed story in mind, but they’ve just decided to go with a narrative device that withholds information from the player. 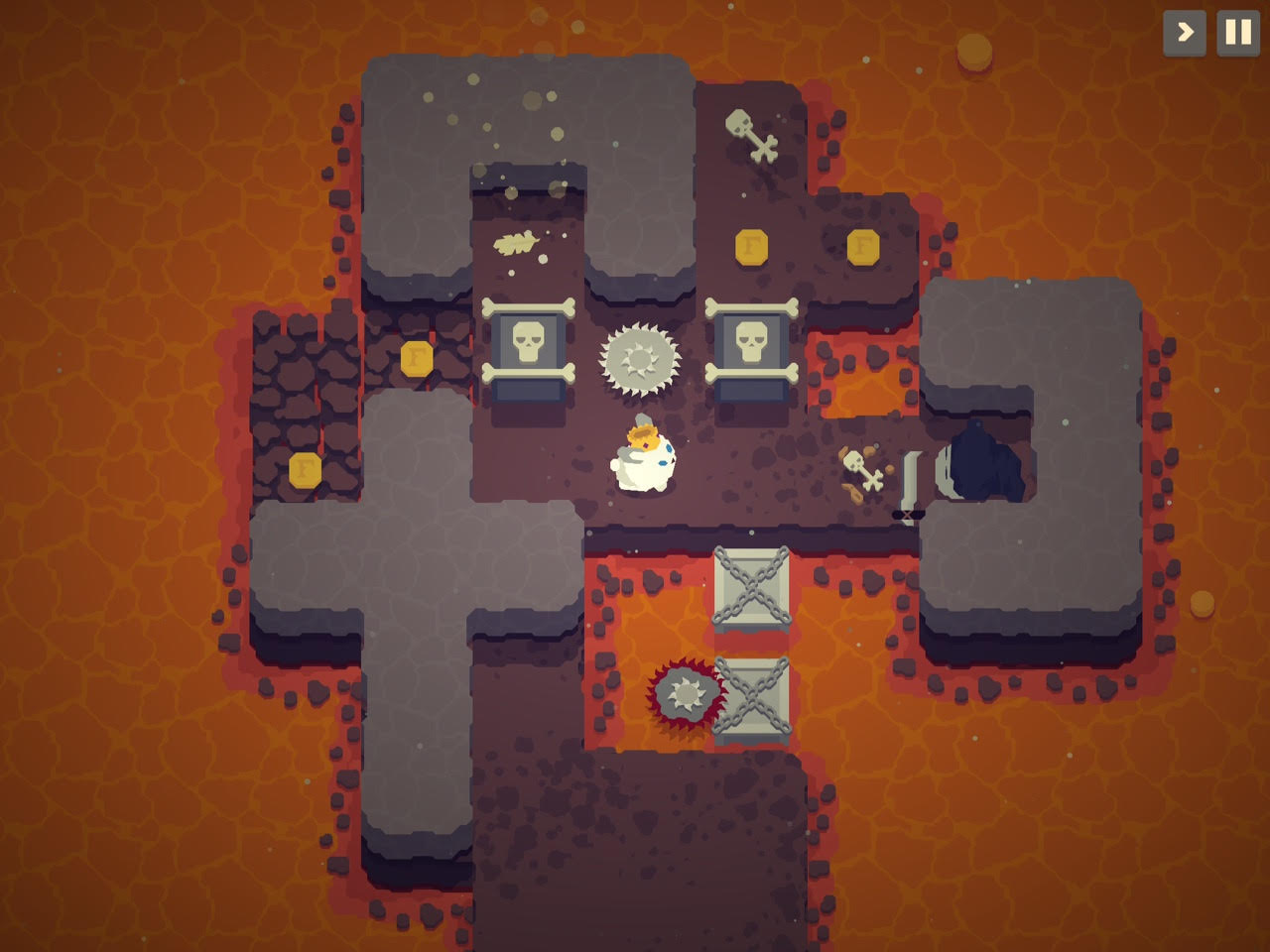 The game beautifully realizes its hellish landscape as the lava surrounding each piece of land you stand on casts a vibrant, pulsating orange hue that frames the action very nicely and draws the eye to the action. And, of course, it often becomes your burning tomb as you repeatedly plunge in it whenever you fail to navigate the level well or when you want a quick restart-by-death (the game lacks a quick “retry" button so I took to jumping in the lava instead). Most of the game’s objects are minimally drawn yet have a definite charm oozing throughout. In a way, the art reminded me of the PC game The Binding of Isaac whose cute art hides a gruesome theme. Furdemption’s design and art indicate very clearly to the player which piece of land will collapse, what rock can explode, or how to get from one point to another. The animation surpasses the lovely art, with your bunny hopping merrily and smoothly across the level while buzzsaws shear the air and bombs obliterate enemies and, very often, your bunny. What I didn’t expect given the game’s undeniable cuteness is the surprising amount of gore; once the buzzsaw introduces itself to the bunny, all that’s left is a spattering of blood and fur that remains on the ground until you complete the level. Same goes for the blood of your fallen enemies. I personally loved the juxtaposition between and balance of the cuteness and gore in Furdemption because it offered a different tone than most other similar games that often pick a side of that scale and stick to it throughout. 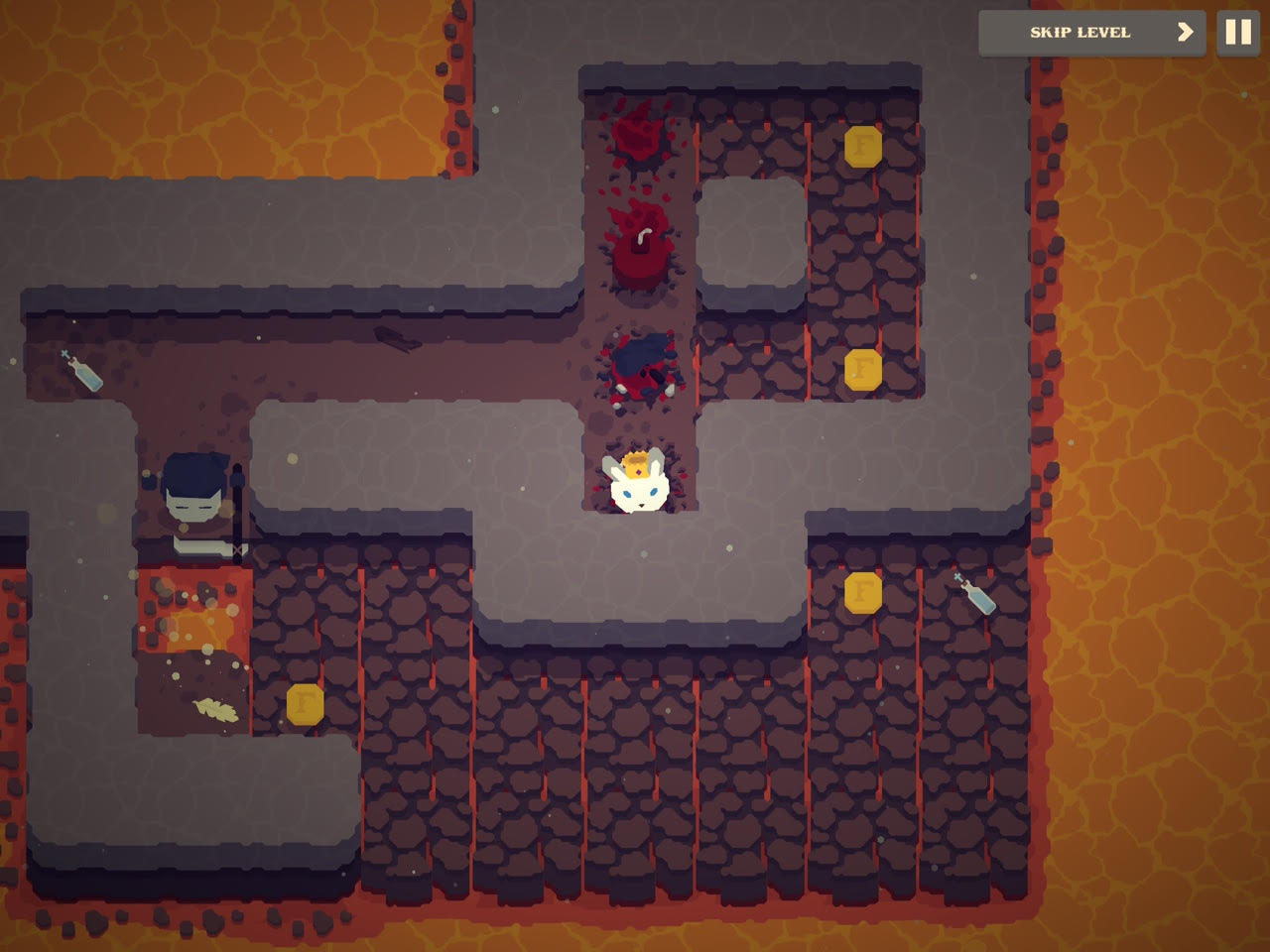 The level design isn’t just good to look at but also expertly offers an increasing amount of challenge by gradually introducing new obstacles and enemies for you to overcome; yet, the great design means that the developers don’t even have to explain how to deal with most obstacles or enemies in the game (outside the cheeky level titles that hint at what’s to come). The only instruction you get in Furdemption is “swipe to move;" from there on, you have to figure everything out, and it’s amazing how easy that is to do in this game. I knew even without stepping on a block whether it would collapse underneath me or not without the game giving me that information, and in general I got all the necessary information just by looking at the level design. To be honest, it felt quite refreshing to play a game with minimal to non-existent hand-holding that reminded me of the good old days of gaming. 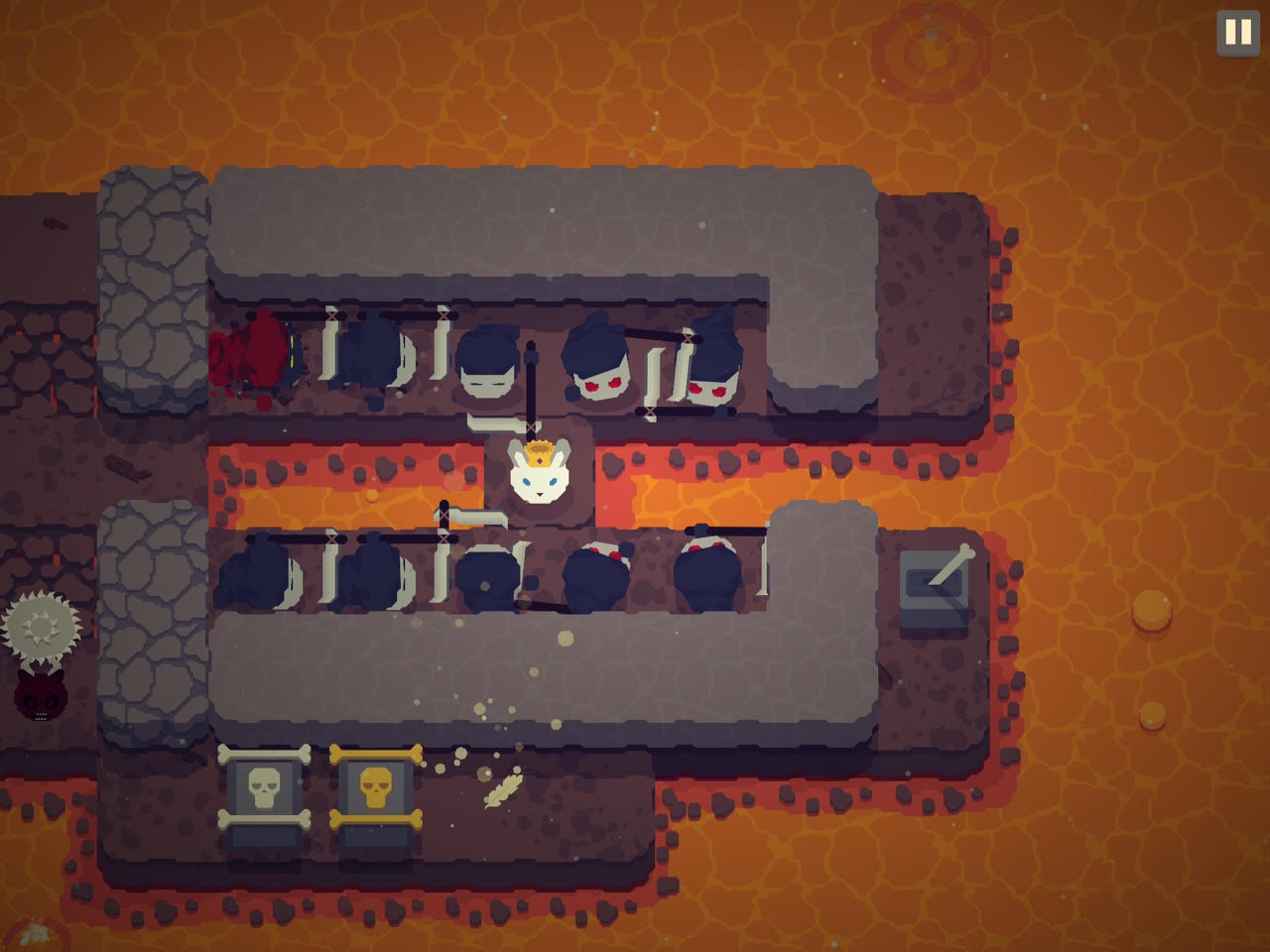 When you want your bunny to explore the level, you swipe in any direction anywhere on the screen, and the swipes are so responsive that I could guide my bunny through all kinds of tricky passages by Level 2. I expected the swiping control system to be a bit sluggish (since a swipe is usually slower than a tap), but I had no issue navigating levels consisting of collapsing platforms, rotating buzzsaws, explosions, and even swinging scythes. The game description claims that the gameplay is “kid tested and approved," and I concur. The main actions in the game are planning your path to the feather (and the coins, if you want to fully complete a level), and then trying to traverse the level without dying, which means you often have to run like hell, in hell. Again, the level design shines through as I would complete some levels with a smile on my face for managing the complicated and well-timed dance moves that led me to that feather.

The game has plenty of content, with 100 progressively-harder levels and more coming according to the developers. The beta version included a level designer, but the developers pulled it to focus on the game and plan on adding it in a future update. A level designer with shareable levels would give this game immense replayability because of all the different components already in the game. Even without the level designer, the game more than justifies its $2.99 price, especially since the game has no IAP. Initially, the developers pondered going F2P with IAPs but eventually went with a premium price that might rise as they add more content (which means get the game now if you like it). Furdemption is a trully great puzzle platformer with a whimsical protagonist and a colorful-yet-gory art style that stands out among the competition. Add to that a fun soundtrack and the promise of more features to come, and this game’s a winner.