FireWhip ($0.99) is a perfect example of a game that shows that you shouldn’t just judge a book by its cover, but if the book is good, having a rad cover sure helps! This is a unique high-score chaser that puts work in to feel like a standout experience. FireWhip delivers exactly what it its title promises, as it has you swinging a whip made of flames, trying to fend off enemies that want to get to you. You have to swing the whip around to make it large and fast enough to hit oncoming enemies, but some of the base enemies are cowards – literally, they’re called cowards – and will shy away. The enemies that come at you directly? They have shields, come in large numbers, or attack really quickly. And if you swing your whip too fast, it flames out, and that’s not going to be any good for you. 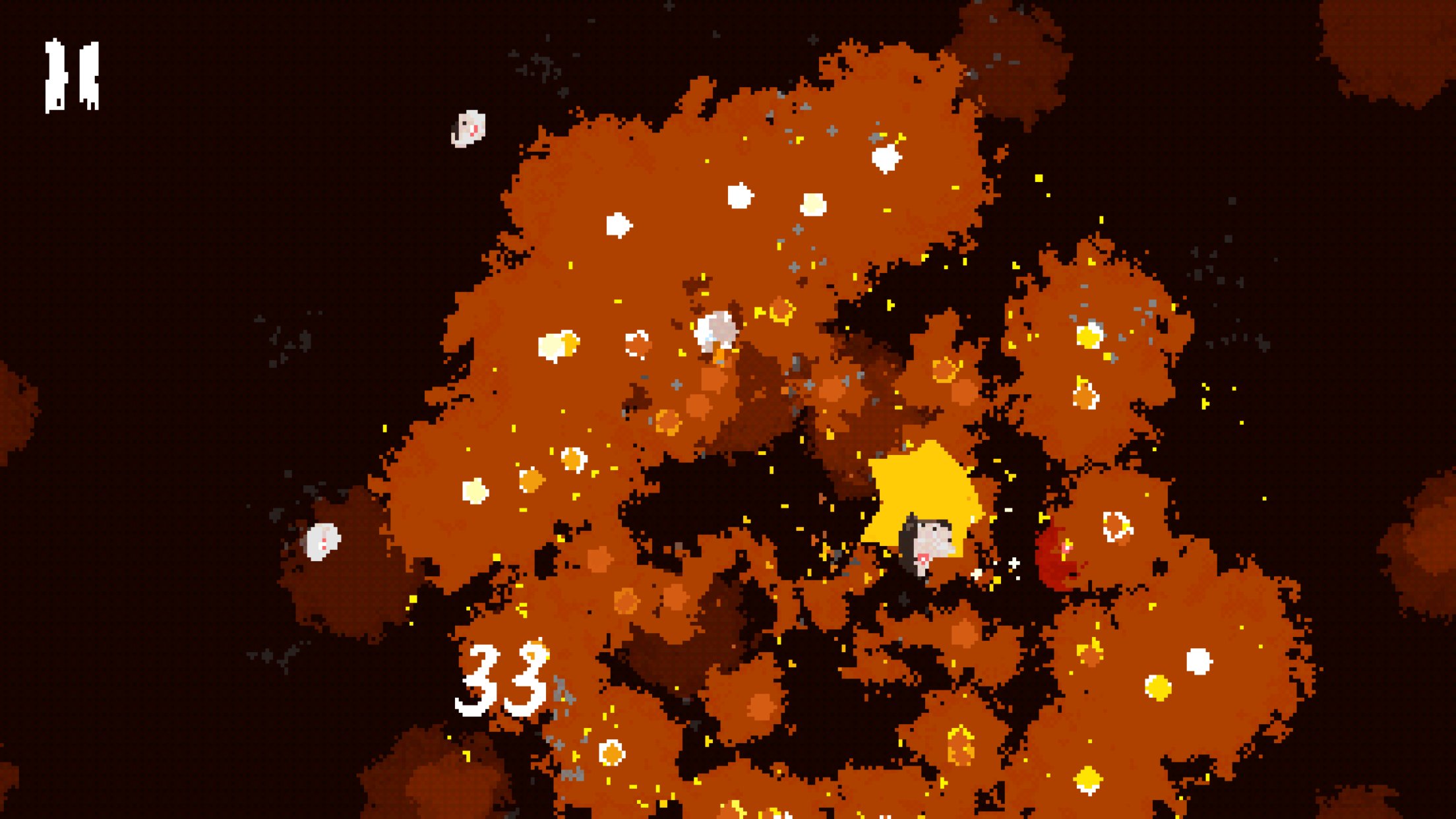 The secret to success in FireWhip is mastering the whip-cracking, which blows up your whip in a particular direction, serving as a devastating way to clear out a lot of danger at once.. At first, it’s about learning how to trigger it, learning how to fling the whip just so in order to crack it and clear out immediate threats. Then, you need to learn how to crack it in a particular direction, learning to swipe when you’re sure you’ve got it cracking. Then you need to learn to trigger the whip-cracking quickly, because the threats that require a good whip crack to defeat will come faster and more often. If you want those 100-plus scores, you need to master this skill.

Really, FireWhip is so rewarding because that skill is really tough to master. It can feel random at first to crack the whip, but once you have a good idea on how to get it working, you’ll be busting out high scores regularly. And it never gets old to crack a whip and kill like ten enemies at once. There’s a really cool GIF-sharing system, where you can upload the last 200 frames or so of your game to Twitter or Imgur. The problem is that this works a lot better with the challenge modes, because they allow you to share your triumph. In high score mode, you’re sharing your score, and how exactly you died. Not as triumphant, necessarily.

The game starts you off with challenges, that mostly serve as a way to introduce the game’s elements and make sure you’re competent and understand the mechanics of whipping. Once you complete these, then score mode becomes available. Challenges are still available in Challenge Rush mode, but I’d love to see a mode kind of like the Mission mode in Particle Mace ($2.99) where you have a series of new, ever-more-difficult challenges to complete, like trying to defeat 10 warps with direct hits, let’s say. I think it’d be a fascinating addition, and something to do besides get high scores and to complete Challenge Rush as quickly as possible.

I do really appreciate that FireWhip is orientation-independent, running on every device centered on the screen. I like that I can play this in landscape with my iPad propped up, it’s something more developers of casual, quick-play games should be doing. Portrait is the ideal orientation for casual play on iPhone, but on iPad, I don’t think that it’s the case. But FireWhip as a casual, one-handed game has a problem in that the whip being centered on screen makes this hard to play one-handed on a big phone. I find that I’m best at the game when I’m holding my iPhone 6 Plus in one hand, using a pointer finger with another, versus trying to hold my phone centered in portrait mode. I feel like I have bigger hands than most people, but not that big, you know? Also, the interface elements are a bit too small to reliably trigger on the iPhone 6 Plus.

I’m not sure how exactly you solve that problem, though. You could put the game nearer to the bottom of the screen, but then that makes it more difficult to see hazards coming from that side. You could have offset controls, but they take away from whatever intuitiveness this game does have. Plus, then you’d be obscuring the bottom. I don’t know if there’s a perfect solution to make this game one-hand friendly. Heck, considering that you need some range to make the whip mechanics work well, it’s quite possible that this just isn’t a thumb game at all. This is a pointer finger game. It is what it is, so approach it carefully.

FireWhip gains a lot from its style. The game uses a particular prose and language that makes it feel like it’s more than just “here’s a whip, you must bash enemies." It has a theme, and it sticks to it. The feedback from whip cracks are fantastic. The music, featuring a driving drum track and bassline, helps create the dark atmosphere for the game. This game just oozes originality, and makes it feel like it’s more than just a high score game. The pixel art is really cool, though I’m a fan of the style. The enemies are very basic, but the flame effects look great.

At its core, FireWhip is a high score chaser, albeit one with a unique mechanic. But its style, the presentation goes a long way toward making this even more satisfying to play than a basic presentation would be, and elevates the whole thing. I’ve had a lot of fun with this one.