After a few years of reviewing iOS games at Touch Arcade and elsewhere, I’ve begun to notice something. You can usually tell how “good" or “bad" a game is by the specificity of your gripes with it. If I’m writing generally about how the controls don’t work or the graphics are ugly, the game as a whole probably isn’t that great. However, if I’m spending an entire paragraph about how disappointed I am that one level is too hard or too easy, or that there aren’t enough pants to buy in the shop, there’s a good chance the rest of the game is pretty enjoyable. Why waste time pointing out every little flaw if there are bigger problems to discuss? And conversely, if a game seems to nail everything, what else is there to discuss but the tiny annoyances that don’t really amount to much?

I found myself reflecting on this idea as I played Radical Rappelling (Free), the latest game from Halfbrick Studios. The game is incredibly well-made and fun, and I noticed myself really reaching for anything to complain about. For instance, the game relies on Facebook a bit too much. That kinda sucks, right? And there are only two characters to play as, so I guess if you like having a lot of characters you’re out of luck. I dunno. It’s just a really damn good mobile game. 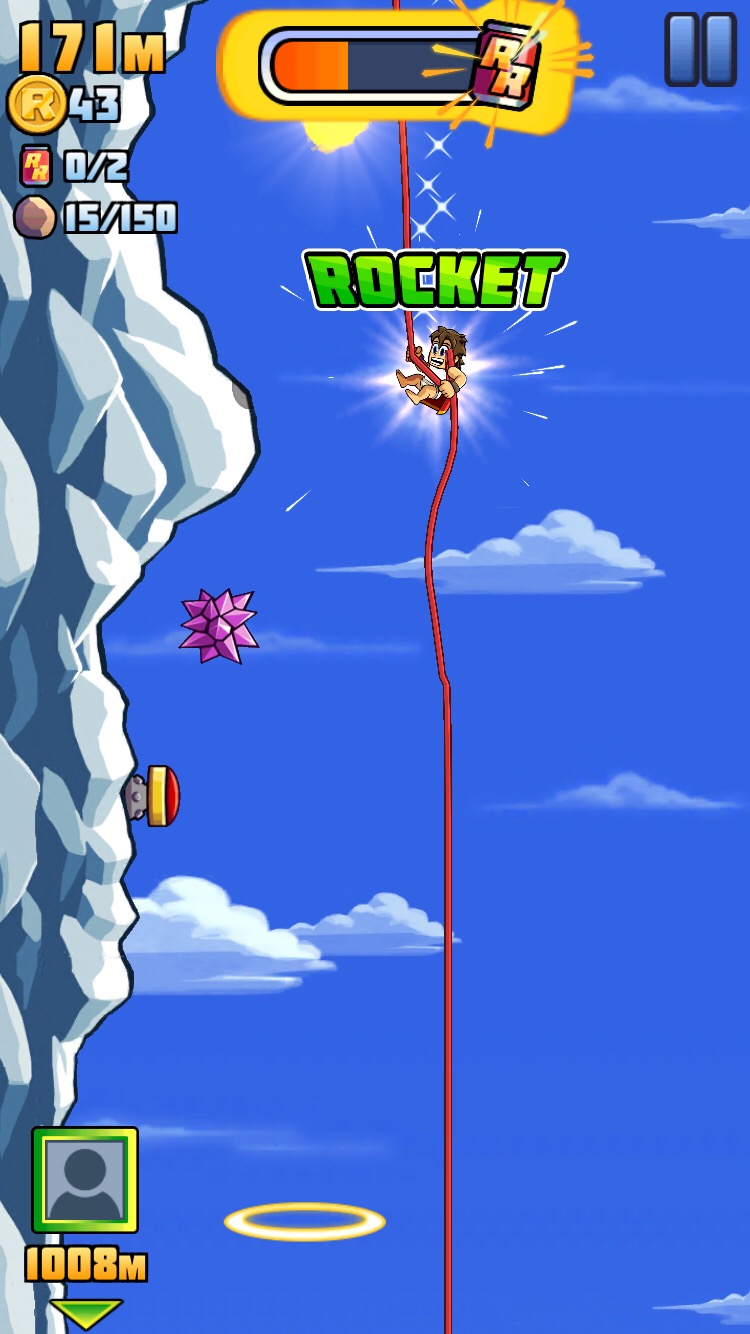 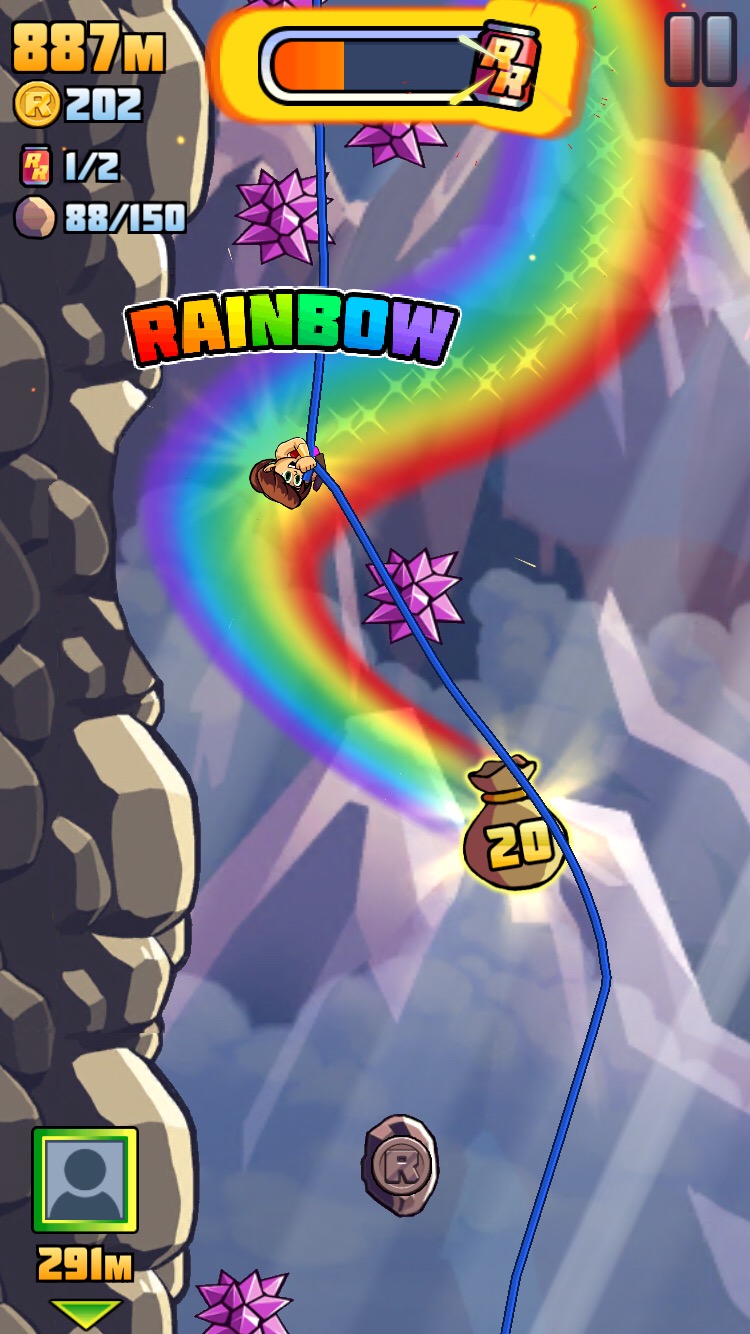 In Radical Rappelling you play as a mountain climber sliding and bouncing down the side of a cliff, all while avoiding obstacles and performing various stunts. Mechanically, the game is similar to James Gamble’s Spike Dislike ($0.99) series, but turned on its side. As you go down the mountain, you’re perpetually hopping against the rocky wall, and you have to time your descent so you don’t touch any spikes (which you quickly learn to dislike). Sliding, bouncing, and avoiding stuff is a concept that’s instantly easy to grasp once you try it, and it feels really great once you get going.

The coolest part about the gameplay, however, is the stunts. Most of them come in the form of landing at a certain point at a certain moment, like jumping on three numbered rocks in a row (“Rock hop!”) or bouncing through a hoop (“Ringo!”). Also similar to Spike Dislike, you can’t go backwards (or up, in this case), so if you missed a stunt you just have to push on and wait for the next one. What’s really impressive about the system, though, is how many stunts there are and how different they feel–especially considering the fact that you are basically only controlling when your character moves down. If you perform enough of these stunts you’ll fill up a meter at the top of the screen and trigger a Radical Remix, which boosts you down the mountain at high speeds without taking any damage.

The game is free-to-play, but it definitely falls on the “good” end of that spectrum. You aren’t gated from playing by any timers or pay walls, which means you can fall down cliffs pretty much as long and as often as you like. The single timer that is in the game is for the Randomizer, which is basically a slot machine that gives you three different power-ups that you can use three times each day. You can upgrade these power-ups using coins earned during gameplay, and so far I’ve managed to fully upgrade several of them without too much trouble. Honestly, this is one of those rare games that’s so simple and fun to pick-up-and-play that it doesn’t even feel like grinding.

Try to imagine the perfect mobile game. You might say it should be in portrait mode with a simple, single-tap control method for when you’re waiting in line or sitting on a bus. It would be good in short bursts or longer sessions, with nothing stopping you but your own desire to play. It would be free so you can try it without spending a dime and tell all your friends to download it, too. There would be upgrades and cosmetic items to collect, and missions to complete to give you a sense of progress and keep you interested for weeks or even months. Some form of cloud saving would be there to keep you in sync whether you’re on the phone in the break room at work or on the iPad at home on the john. And, above all, it would be just plain fun. Radical Rappelling is that game. It may not actually be “perfect” (what does that even mean, really?), and it probably won’t catch on the way Jetpack Joyride (Free) did (which is a shame), but I’ll definitely be rappelling radically for a rather long time to come.