Hearthstone‘s (Free) Tavern Brawl has just opened its doors again, so get ready to eat some bananas. This week’s Tavern Brawl is very different from last week’s (where you played with one of two pre-constructed decks). From now until Sunday, you get to build one deck of any class you want and then fight with other players. The special rule this week is that you get a random Banana every time one of your minions dies. If you don’t know what Bananas are in Hearthstone, they are uncollectible spells, generated by the battlecry of King Mukla, that give minions +1/+1. From what we know so far, this week’s Bananas can deal 1 damage, give +1/+1, swap a minion’s attack and health, and give +2/+2. 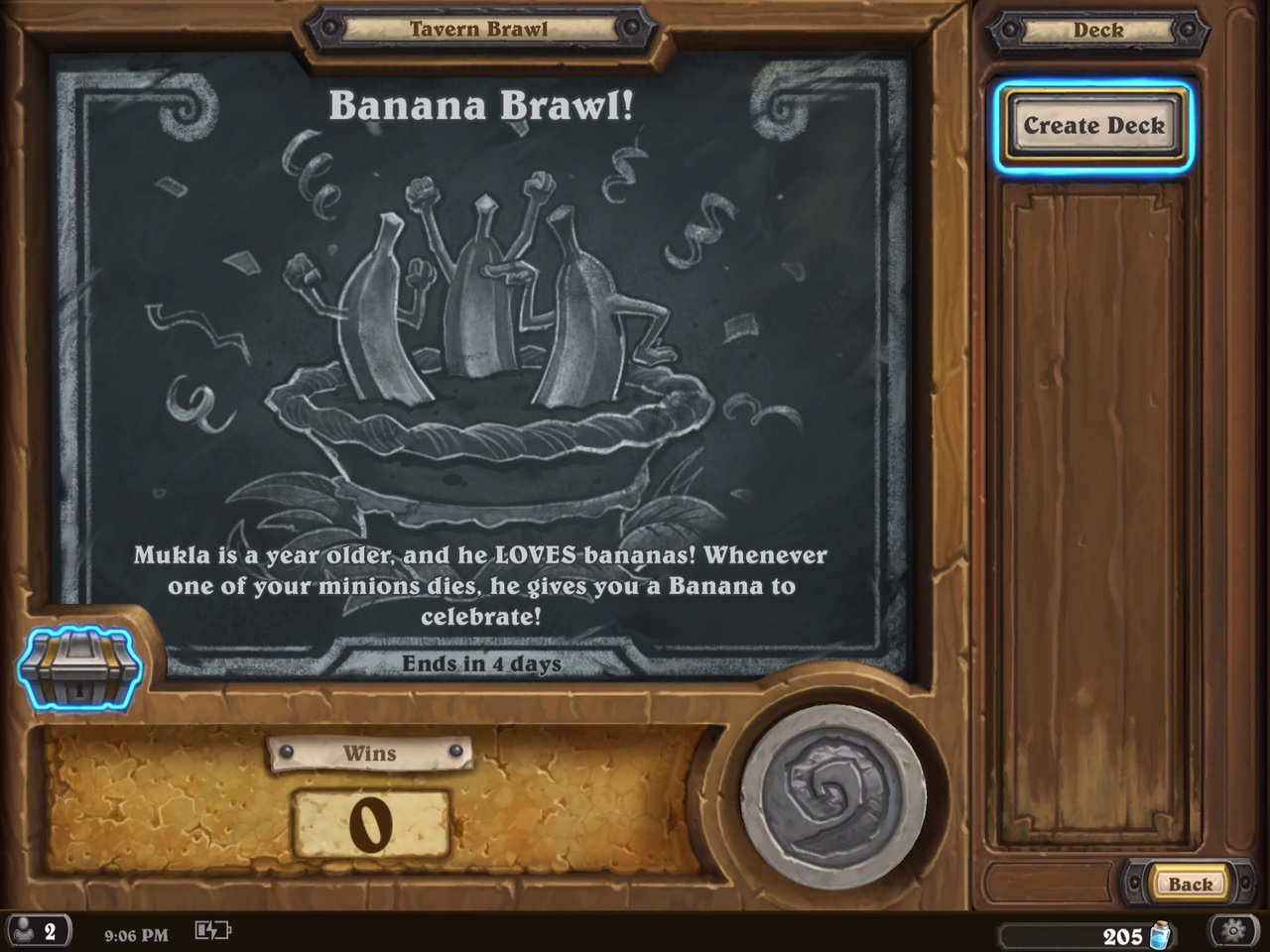 This week’s Tavern Brawl doesn’t seem to be as fun as last week’s because what you’ll mostly be facing is Face Hunters and Tempo Mages. People will play their Aggro decks to quickly get the pack, which means less Control and Combo decks and, therefore, less fun. Also, having only one deck slot for the Brawl means less incentive to experiment (since you’ll have to constantly remake your one deck). Still, it’s free to play, you’ll get one free Classic Pack for your first win, and you get a chance to have fun building a deck. So, go enjoy some bananas!