Square Enix has been releasing their back catalogue of Dragon Quest games on iOS for some time now, and they’ve been extremely well-received. In fact, for a time there, it felt like we were getting a new Dragon Quest port every few weeks or so, it was great! But then things kind of dried up. I mean it makes sense, they’d already released six of the first eight Dragon Quest games, and they were bound to run out sometime. A Dragon Quest 7 port seems kind of unlikely due to how difficult the localization would be, but what about the elusive Dragon Quest 6? Where’s that one? Well, as our eagle-eyed forum members have discovered, Dragon Quest 6 has just hit the New Zealand App Store, which means it should be filtering across the various time zones and arriving in the US App Store later tonight. 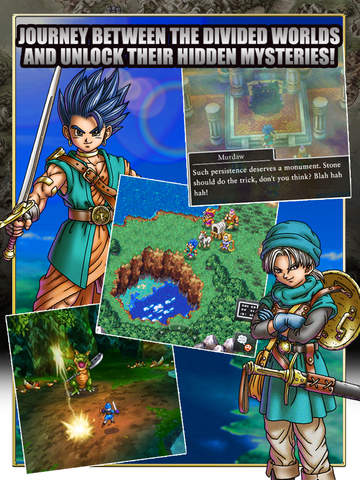 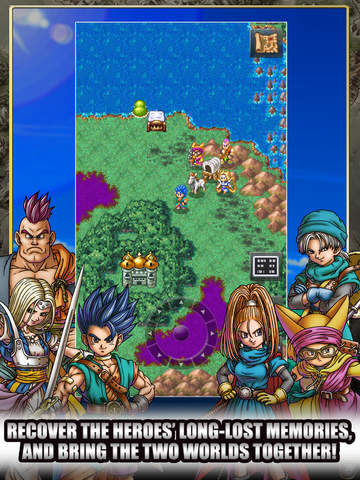 Like other Dragon Quest iOS ports, Dragon Quest 6 is portrait-oriented for easy one-handed play. I absolutely love that feature of these games, but many people do not, so it really comes down to personal taste. Also like the other games in the series, Dragon Quest 6 weighs in at a heftier price point (at least in this crazy App Store world) of $18.99 NZD, which should convert to something around thirteen bucks USD. Also, there’s no IAP. I’m not entirely sure if Dragon Quest 6 will arrive in the US along with other games at 11pm EST like normal, or if it will just kind of pop up whenever it feels like, but whatever the case you can grab it from your local App Store using the link below if it’s available there, and once it does hit the US we’ll be sure to give you the heads up.