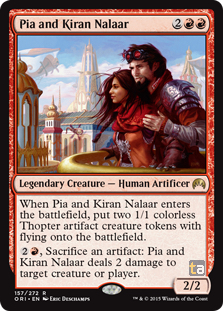 Yesterday we met with the wonderful people at Wizards of the Coast for the annual tradition of checking out what they’re doing with the Duels series this year at E3. Before we dive into that though, Wizards gave us the opportunity to spoil a totally new Magic card, so if you’re just here for that, take a look to the right… But stick around, as this might be the most exciting year for Duels yet.

I mention the annual tradition as that’s really the best way to describe how things typically go. I’ll wander down to the concourse hall at E3, find the Magic cubicle, and sit down for 15 minutes or so while they run me through the few minor incremental changes found in the yearly iteration of the game. It’s a problem a lot of major franchises run into, in that when the overall quality level of your platform is so high anyway, you don’t often have a whole lot to talk about that feels that substantial. It’s the same problem Madden games have.

This year, however, feels substantial.

Magic Duels: Origins is bringing back two headed giant, which is seriously just awesome as it’s one of my favorite ways to play Magic, but the stars aligning to ever find four people who want to play (and have decks appropriate for the format) happens about as often as Haley’s Comet buzzing by Earth. (At least in my neck of the woods.) So, if you were bummed that this got cut from last year’s iteration, get excited. Additionally, you’ll be able to assemble a two headed giant team locally. Two friends with iPads either across the country or next to each other on the couch can team up and take on other Two-Headed Giant teams around the world.

Deck building has been even further optimized, and aside from the requisite tweaks and improvements to the UI we see every year, a new deck builder wizard has been added. Using this, new players will be able to choose from various popular deck archetypes, and the game will prompt them with one of five cards to choose from of the different types of cards that fit in that deck. It intelligently manages everything, and while you’re, for instance, choosing which creatures you want, it’ll only let you add so many beefy dudes before it starts only allowing you to select low mana cost dorks to round out your mana curve. It’s really awesome, and takes almost all the work out of deck building while still letting you feel like you’re building your own deck.

The game is gaining something which sort of feels like an endless mode that they’re calling solo battles. This mode feels like it’s going to be a lot like playing random people in your friendly local game store as with every battle the AI generates a totally new deck for you to play against. I could see myself spending a lot of time in this, as typically over the years it seems like you beat all the single player content, unlock all the cards, and are like, “Alright, well, that was fun, see ya’ next year." This solves that problem. 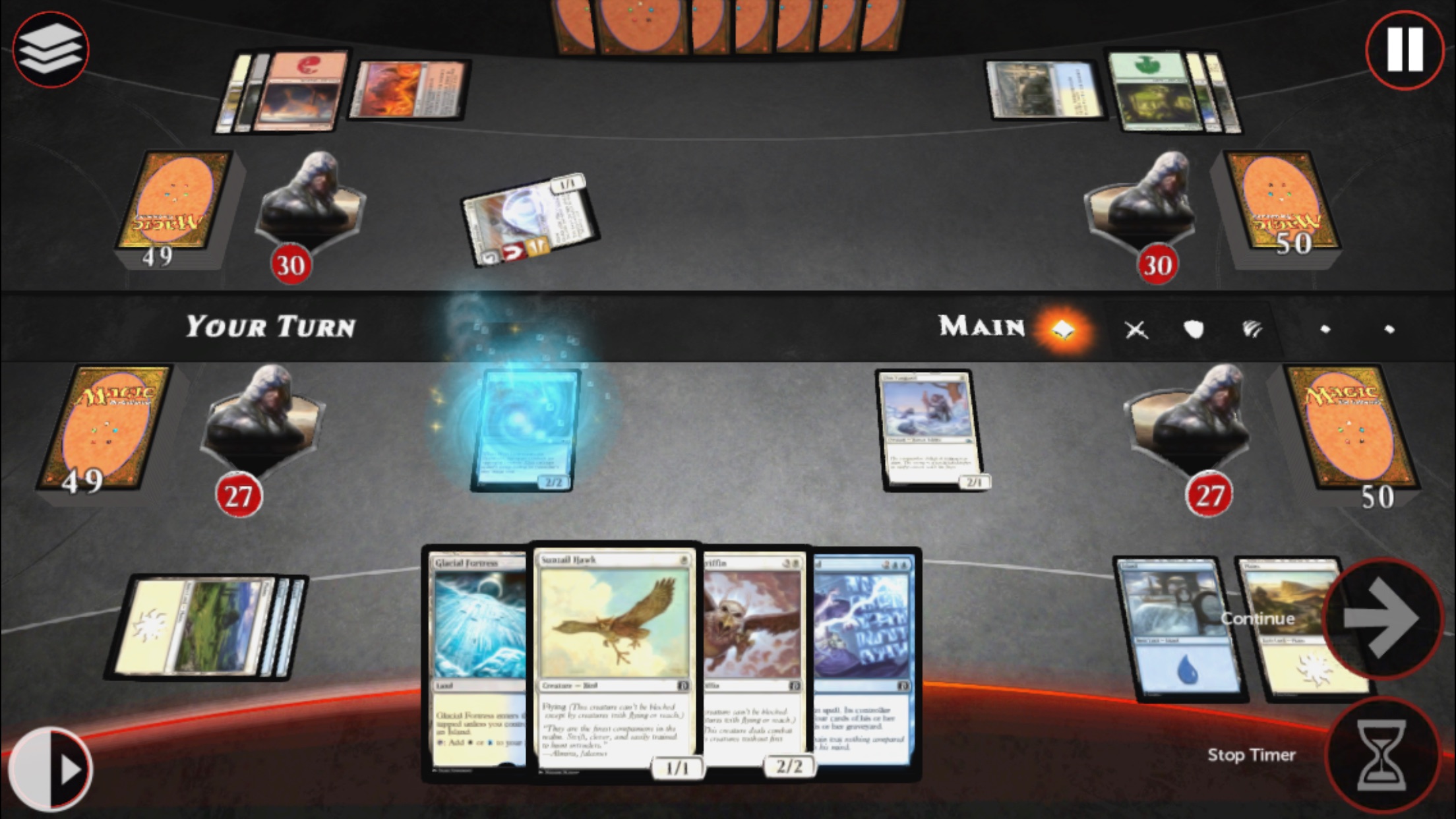 Speaking of the whole “See ya’ next year" thing, what truly makes this feel like the most substantial Duels release yet is that Wizards appears to be going full Hearthstone with the Magic universe. What I mean by that is starting with this release of the game, the whole yearly re-release thing is going away. Instead, players will download Magic Duels, start amassing a collection inside the game, and that collection will just keep rolling as new Magic sets are released. So, for instance, there’s not going to be a Magic 2017 that you’ll need to download and totally start over in, throwing all the cards and other things you earned in Magic 2016 to the side. Instead, you just build one big Magic collection.

This substantial shift comes with some good news and some bad news, and how you feel about all of it will largely depend on what kind of player you are. Magic Duels is going to be totally free to play, with absolutely everything available inside of the game for free, provided you’re willing to grind for it. It’s monetized almost exactly like Hearthstone, in that you’ll slowly earn gold in game, and you use that gold to buy booster packs. This is potentially bad news for players who very much enjoyed the whole “Buy once get everything" approach that previous Duels games have, but very good news for players who are either curious about Magic and just want to try it for free or players who love the game and don’t mind playing every day, getting some coins, and slowly amassing a collection.

Earning coins seems pretty simple if you don’t want to straight up buy them, as much like Hearthstone players will get daily quests for coin bonuses. What’s interesting about Wizards’ approach to this is what these quests are intelligently generated based on how you play the game. For example, if you’re like me and traditionally play mono red, the game learns this and will offer you daily quests to try to mix up your play style. In this case, my daily quests might include something like winning X amount of duels using a blue control deck. It’s a real cool idea, as it’ll drive players to experience more of the game, and play decks they usually wouldn’t. Who knows, maybe a random daily quest will lead to some epiphany that I want to become a control player. It doesn’t seem likely, but, you can’t fault ’em for trying, right? 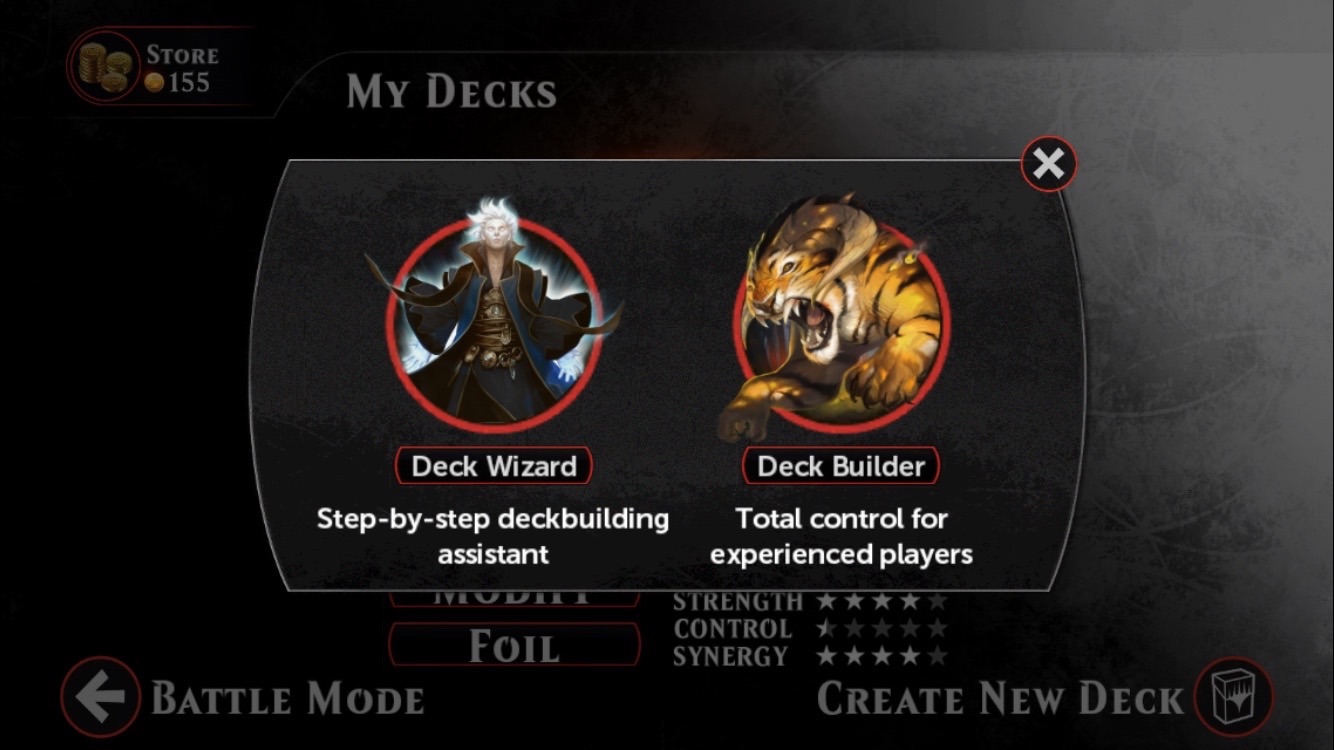 What’s beyond fascinating about all this to me, as a long time Magic player, is what kind of implications these changes are going to have on Magic Online. Wizards is holding on strong to the idea that they’re two different product lines which offer totally different experiences, which makes sense, right now. You can’t trade cards in Duels, and it’s a much more casual experience versus Magic Online which is a direct digital version of the paper game.

My question is… How long is that going to matter? Right now the division makes sense, and is super clear. In Duels I’m only going to have the most recent cards, so inevitably the depth and complexity of the overall experience can’t come close to Magic Online. Five or more years down the road though, when the game has gone through rotating several standard blocks and hardcore players have collections of thousands of cards, it feels like that line is going to be blurred significantly. You’ll (exceedingly likely) never be able to trade, because that’s the limitation which makes free to play games like Duels work, but I’m not sure that even matters in the long-term. It’s hard to imagine many people aren’t playing Hearthstone because you can’t trade cards. Duels will be no different.

Anyway, I guess it’s not super relevant to this year’s release, but watching how all this plays out is going to be supremely interesting over the next few years. If nothing else, this feels a lot more like the potential real future of Magic, and only time will tell whether or not that gut feeling turns out to be true. Magic Online will likely always exist on some level for pros and hardcore players, but if the rise of mobile has taught us anything, it’s that there’s way more people out there looking to play games than that sliver of a demographic.

Magic Duels: Origins is launching on PC, consoles, and iPad this July with a PS4 release following shortly after. How the rest of it plays out? Well, I guess we’ll see what next year’s E3 check-in looks like.