Uber is trying to recruit more drivers, and they’re doing so in an odd way: by making a game where you play as an Uber driver. It’s called UberDRIVE (Free), and it’s an interesting little game. It’s kind of like Crazy Taxi (Free) but if it was a top-down game. You basically drive around, picking up passengers in downtown San Francisco, ideally from surge pricing areas to make you more money. You navigate from intersection to intersection, and if you’re familiar at all with downtown San Francisco, you know that there’s lots of one way streets, not to mention the way that everything goes diagonal south of Mission. So good luck getting 5 star ratings for timely drop-offs! 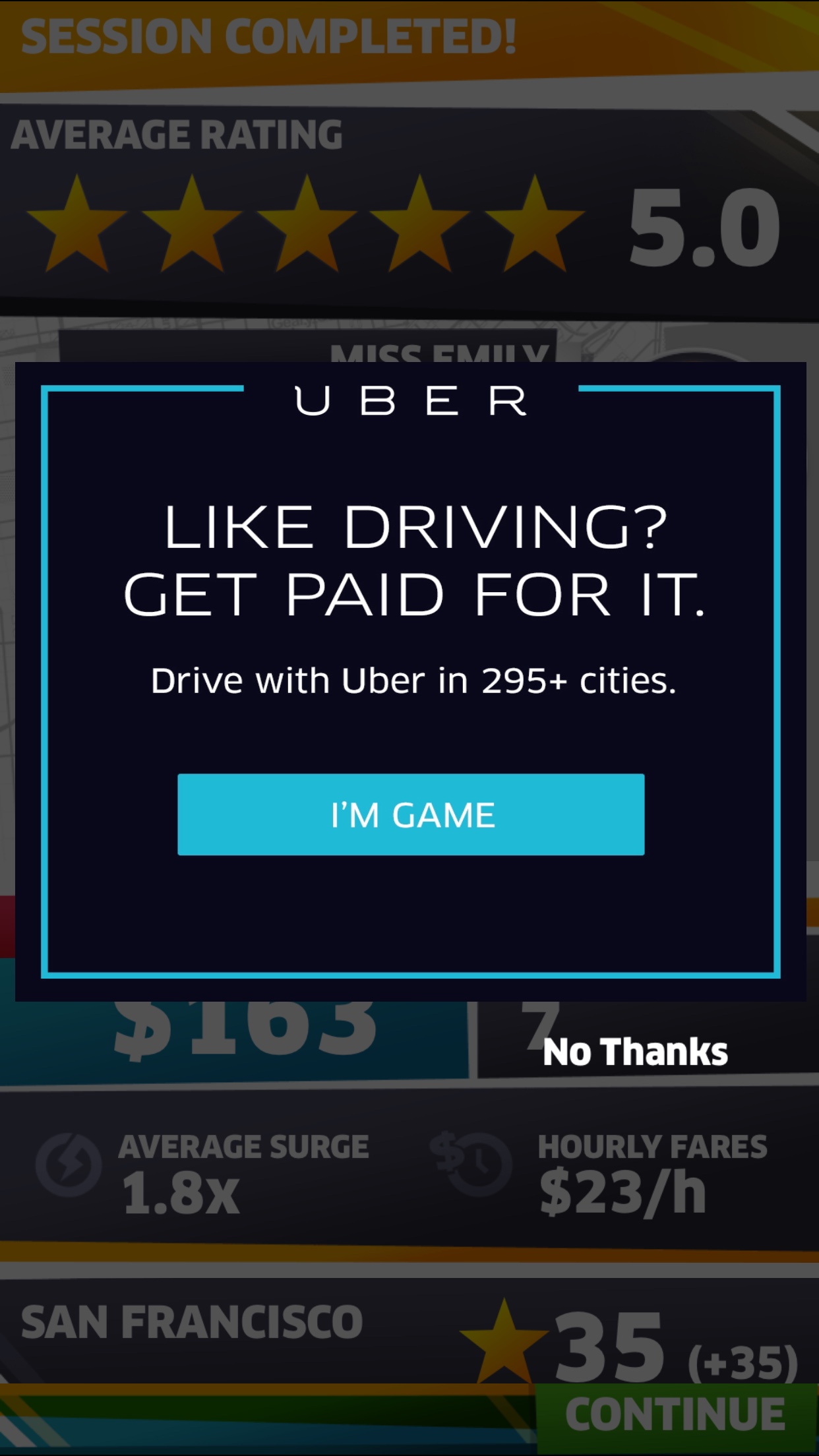 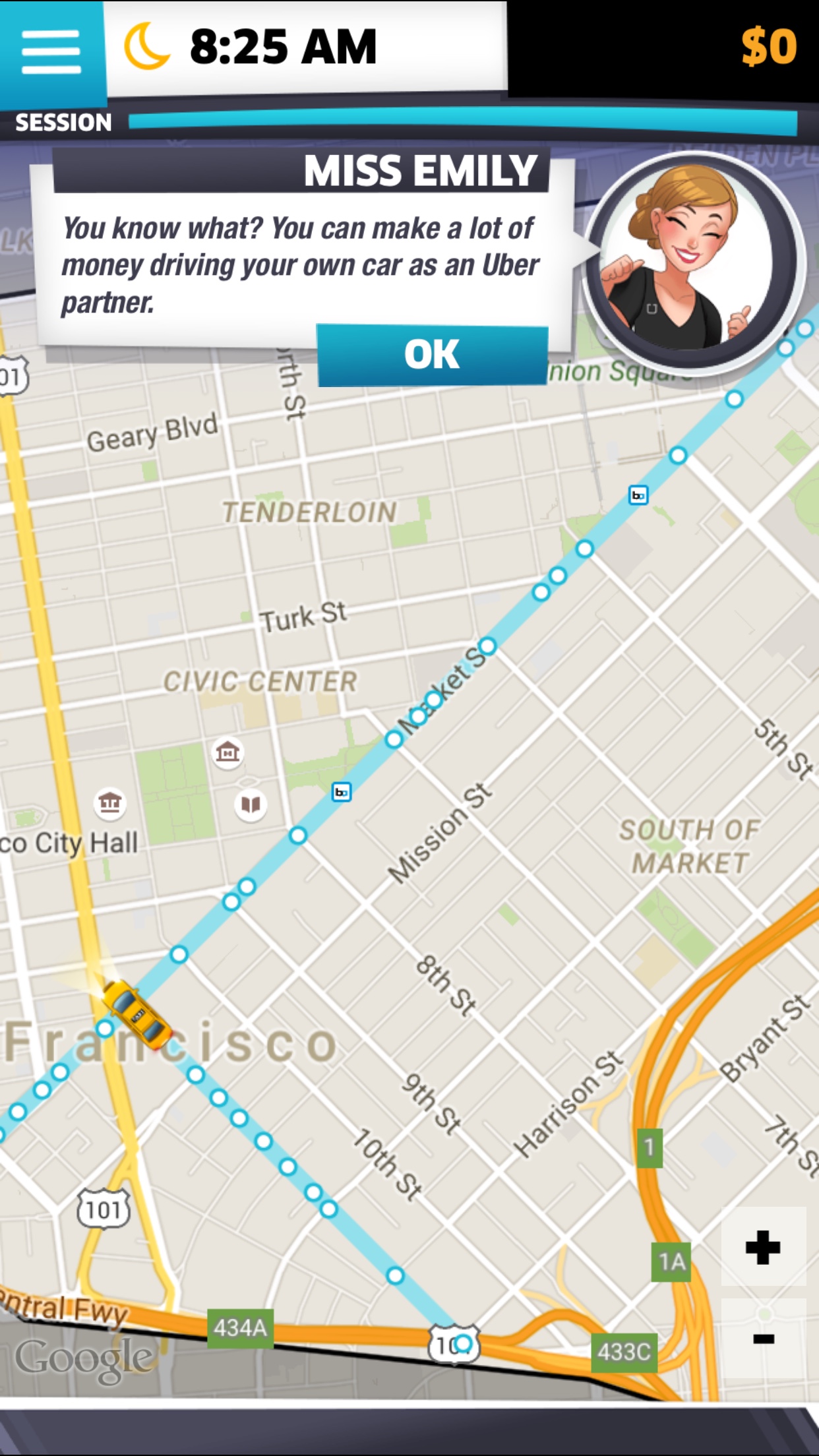 Why did Uber make this? It’s to convince more people to be Uber drivers, as it says “You can make a lot of money driving your own car as an Uber partner." It’s an interesting tactic; I’m not sure telling people that they could drive the wacky streets of San Francisco for extra money is a smart ploy, but hey – maybe this is your bag? I’d like to see other cities added, especially Chicago. But maybe that would be too easy since most major roads are two-way streets? Hmm.