As we reported earlier, the folks at Super Evil Megacorp recently released their latest 1.5 patch. Amongst a large amount of balance changes and additions to the game’s skin system, version 1.5 also saw the debut of Fortress, the latest hero to join the Halcyon Fold. Vainglory has an excellent track record of releasing interesting heroes with unique perks that offer a new way of interacting with the metagame. Fortress is no exception and, as usual, we thought we’d post some tips and a beginner’s guide for those looking to check him out.

Similar to the rest of Vainglory’s characters, Fortress has a few cool lore pieces to check out in case you’re interested in his backstory. Otherwise, all you need to know is that Fortress is a ferocious wolf-like guardian of the Halcyon Well. As you might imagine, his innate perk, as well as his abilities all center around his animalistic demeanor and offer some pretty cool twists on how he can be used within combat.

Fortress’s Heroic Perk doesn’t focus on damage dealing, ability management or even defense (at least directly). Instead, ‘Packmates’ deals directly with his speed. When Fortress is near one (or both) of his other allies on the field for a second, he gains a significant upgrade to his movement speed that will last as long as he’s near said allies. Stray too far and you’ll lose the speed burst after a brief moment so it makes sense to stick near an ally in order to fully take advantage of this perk. When Packmates is active, Fortress is essentially the fastest hero in combat, which allows him to undertake some interesting combat tactics that we’ll get into a little later.

His three abilities also follow the lupine theme as well. ‘Truth of the Tooth’ is an ability that you target on an opponent and has two different effects. First, Fortress’s next attack becomes a short-range lunge that does some extra damage and allows him to get close in on an enemy relatively quickly. Second, the targeted enemy gains a targeting mark for a couple of seconds that provides both Fortress and his allies an additional speed boost when moving towards the marked opponent. Upgrading Truth of the Tooth increases the lunge damage (which also has a Crystal damage multiplier), speed boost, and even duration of the mark if you max it out. It’s an ability that focuses on closing in quickly on an enemy either when initiating an attack with your allies or when chasing down a retreating enemy.

‘Law of the Claw’ is Fortress’s second ability is a crazy four-prong attack. First, Fortress attacks his target for damage that can be increased with Crystal Power. Second, the attack causes bleeding damage which consists of a small amount of damage (modified by crystal) every second for a period of time. Third, when Fortress and his allies attack the bleeding target, they get a 10% lifestyle and increase the stack on the bleeding enemy. Finally, if the enemy reaches five stacks, the target gets a burst of damage based on its max health, is slowed by 30% and receives a one third penalty to healing. When used properly, Law of the Claw is a long term damage dealer that can cause some serious heartache for an enemy that gets stuck in the middle of fight. 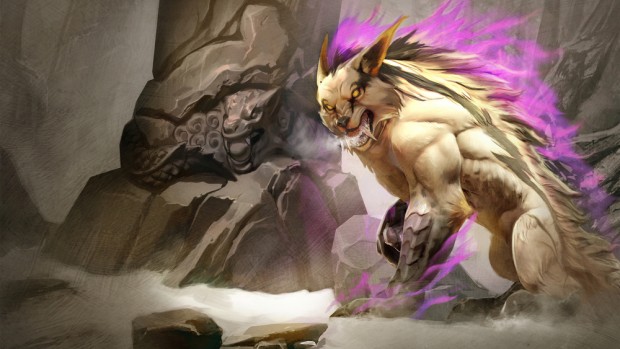 Fortress’s Ultimate Ability is called ‘Attack of the Pack’ and is a pretty neat move that can be used in a variety of different situations. Upon launching it, Fortress will howl and gain increased health and attack speed. It also calls a pack of wolves that start seeking out different enemy heroes. Whenever a wolf attacks an enemy, it applies bleeding in a similar fashion to Law of the Claw. Wolves only last for three attacks, regardless of the damage before they are taken out. Attack of the Pack can be used to start a battle, as a way to trip up the enemy in the middle of an attack, and can even be used as a scouting tool or a last ditch method of taking out a retreating opponent.

In terms of strategy, looking at the recommended items for purchase it’s obvious that Fortress’s “preferred” use is as a support jungler. He should be allowed to soak up gold via the Ironguard Contract while using his speed to scout ahead or transfer between the jungle and lane when needed. When engaging in combat, Fortress should engage in guerrilla warfare — popping in and out of the fray with Truth of the Tooth in order to launch Law of the Claw and then quickly escape to regroup. It’s important to make sure that Fortress is never left stranded on his own as being able to take advantage of Packmates is a key aspect to any build or strategy.

He has decent tanking material in late game and should be able to initiate with Attack of the Pack, hopefully causing enough damage and bleeding that his allies can eventually pick off the opposition. Shiversteel is an excellent mid-game upgrade that’ll let you slow your enemies after you jump in with Truth of the Tooth. Fountain of Renewal and Breaking Point are good considerations for end-game to assist with lifesteal and basic attack damage. However, I’m not entirely sure of his carry material — it seems the easiest way to play Fortress is to use him as a support carry that has an emphasis on peeling off opponents. 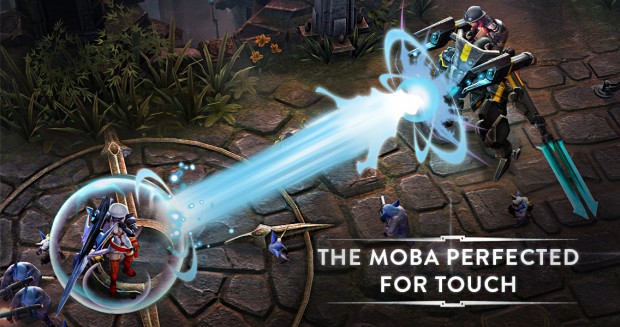 I have to admit that I had a tough time the first few times as Fortress, but as I started to understand his purpose and complement my allies a bit better, he became a blast to play. He certainly puts a new twist on the support role and makes an excellent addition to Vainglory’s heroes. Meanwhile, if you’re looking to check out Fortress, he’s currently available only as an ICE unlock for the first week of launch. After which, he’ll be available for Glory purchases and will most likely make it into a rotation in a month or two.