Friends, it’s been a cavalcade of bummers for iOS SEGA fans lately. After tapping Christian Whitehead to do an amazing job of remastering Sonic CD (Free), Sonic The Hedgehog (Free), and Sonic The Hedgehog 2 (Free), the company for whatever reason decided they weren’t interested in doing the same for Sonic 3 & Knuckles. The fantastic port of Jet Set Radio stopped working as of iOS 8 and was pulled from the App Store, presumably never to return. The much-hyped Sonic Team iOS debut turned out to be a rather lackluster runner that may or may not exit soft launch, and just a few weeks ago, SEGA cleaned house on their App Store library, removing most of the Genesis games and several other titles for “quality" reasons. And in fact, as I checked the App Store for background on this story, I see the remaining Genesis games have been removed, along with ChuChu Rocket! and a couple of others.

The canary in the cage for this whole cataclysm might have been Sonic The Hedgehog 4 Episode 2, however. The game stopped working as of iOS 7, and SEGA left it on the store for a good long while with a note saying it was going to be fixed. They even ran a few sales on it during that period. Then one day, it was gone, and while many won’t shed tears about that, I tend to think of the game as the better half of the Sonic 4 project. The first episode was unaffected and remains on the App Store to this day, but it seems that anyone interested in the second half would have to play it elsewhere. 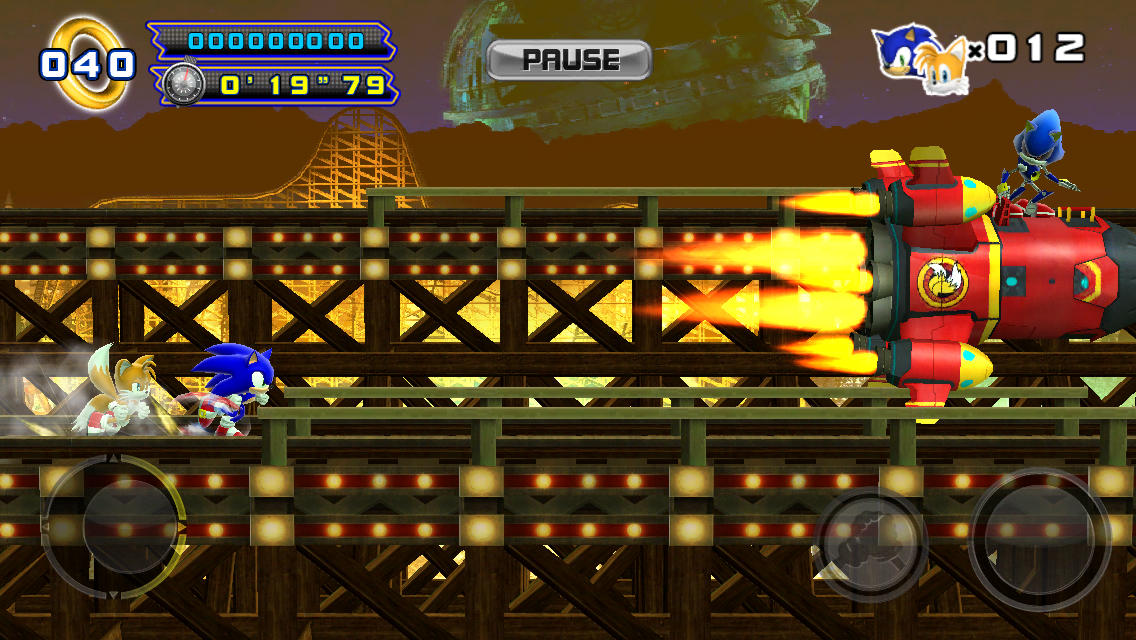 Well, it’s clear some people still kept the candle burning for the game, because a member of the TouchArcade forums going by the name of Anonomation posted in the game’s thread that the game was working in iOS 8.3. I downloaded the game from my purchase history and gave it a try, and what do you know? It does work! While before it wouldn’t even load, the game runs more or less fine now. If you tap to skip the opening cut-scene with Sonic and Tails on the plane, the game crashes, but if you let it play out, everything else seems to run okay. Of course, if you haven’t already bought the game, you’re still out of luck. The game is still absent from the App Store and probably won’t return even in light of this odd outcome. For those who did buy it and want to play it, however, it’s working for the moment. Now I’m off to try literally everything else that stopped working!