If anyone had any doubts about how central mobile gaming is to the global games market as a whole, SuperData Research has just published a report that proves our impressions are correct and shows that the mobile gaming world is now the leading sector in the global market, which is great news for all of us who play or work on mobile games. Specifically, the total global games market for 2015 came at about 74.2 billion dollars, a number that according to the research shows a booming market that has tripled in size over the past decade as a result of a range of innovations (including smartphones and novel revenue models). From that 74.2 billion, mobile has a huge part of the pie with 22.3 billion dollars, more than the retail sector, seven times more than digital consoles (3.1 billion dollars), and more than social games and F2P MMO games combined. The report also noted that mobile broke a record this April with 137 million Americans playing games on their phones or tablets. This report, combined with other ones that we’ve talked about recently, spell good tidings for anyone who enjoys the mobile gaming world. 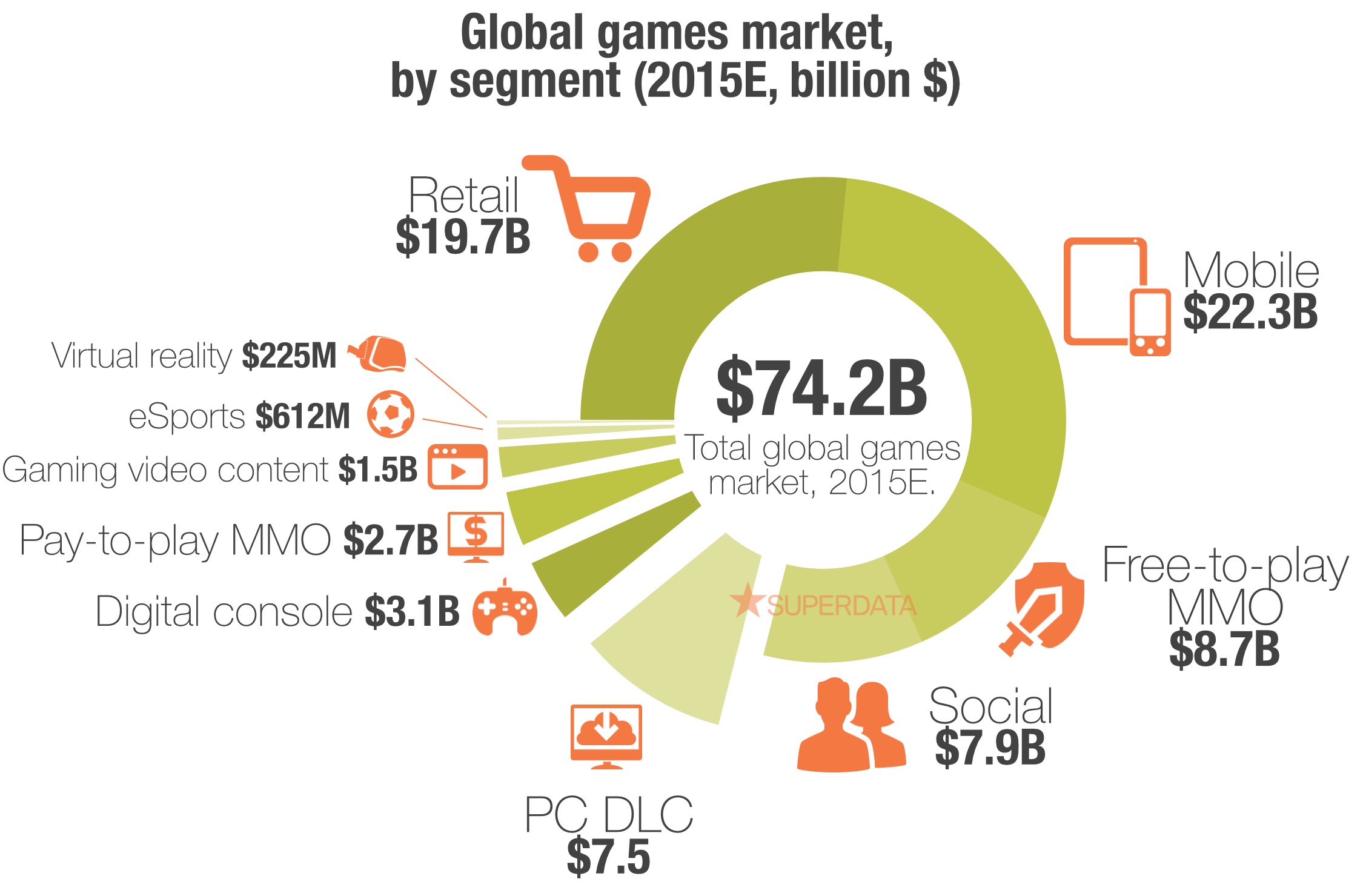 The report also talked about how “playable media" is the next era of interactive entertainment; with gaming going mainstream, people are increasingly becoming an active part in it by, among other ways, streaming games and taking part in competitive gaming. If you want to read the whole report (available for free), go here. We are definitely experiencing changing times in gaming, and it’s a good time to be a gamer. With gaming becoming increasingly mainstream and with mobile constantly expanding, times are looking good for all of us.