If you haven’t heard of Cards and Castles (Free), it may be because we haven’t written much about it, unfortunately. I got to see the game at PAX South as the developers were showing it off to convention-goers. It’s been in the back of my mind ever since. The game just got a big update, and now’s as good a time as ever to check out this fun game. The best way to describe it? It’s like Hero Academy (Free) but with CCG elements not unlike Hearthstone (Free). You build a deck of units of your various cards, and from the five card factions in the game. These card decks are then drawn into your hand in battle, with an ever-increasing coins amount to spend to put them in play. You then battle them on a playing field in turn-based battles, with the goal being to destroy the enemy base.

It’s pretty familiar stuff if you’ve played Hero Academy and Hearthstone, but it’s fun to see how those two different styles of game affect each other. There’s singleplayer campaigns, ranked and friendly online battles that can be done either asynchronously or live. There’s even a draft mode where you draw a 30-card deck and take it into battles against others, with a free daily entry, and currency costs after that. But, again, this is a CCG structure as a turn-based strategy game, and it’s neat to see how it works out to be quite the fun game here. Plus, you can outright buy some cards, not just packs, which is a nice twist. 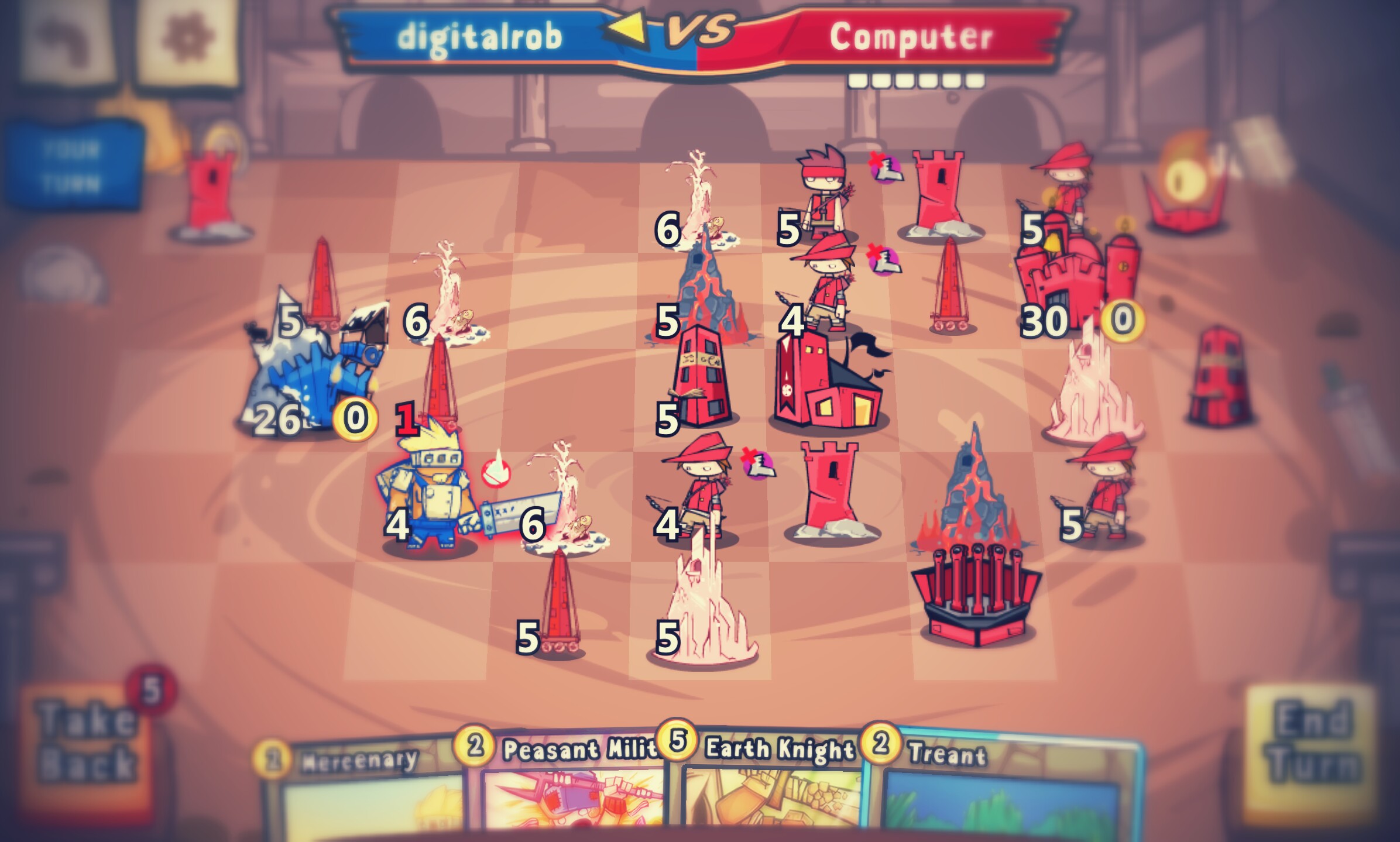 The new “Tournament of Champions" update, just recently launched, brings forth improved graphics, animation, and UI, along with new singleplayer scenarios to play through with fresh new cards to earn. This is as good a time as ever to jump into the game, and hey, it’s free-to-play. I really recommend it if you haven’t done so yet.