Unfortunately for all of us who love choosing which one of our friends should be eaten next, Telltale won’t be releasing Season 3 of The Walking Dead (TWD) (Free) in 2015. However, don’t despair yet because something else seems to be coming (shambling, crawling) our way this year. Job Stauffer, Telltale’s PR Director, had originally said at SXSW in March that while Season 3 wouldn’t be coming “super, super, super soon," something else TWD related would be.

Yesterday, Stauffer clarified on his Twitter account that TWD S3 won’t be starting in 2015 “but what I am seeing this week will be, and it is insanely cool." Now, I’m wondering whether what Stauffer will be checking out is related to Fear the Walking Dead, the upcoming spin-off  set in Los Angeles. Or, perhaps, it could be another special episode like The Walking Dead: 400 Days. Personally I still love TWD Telltale games so anything related to that is fine by me. What are you hoping to see? 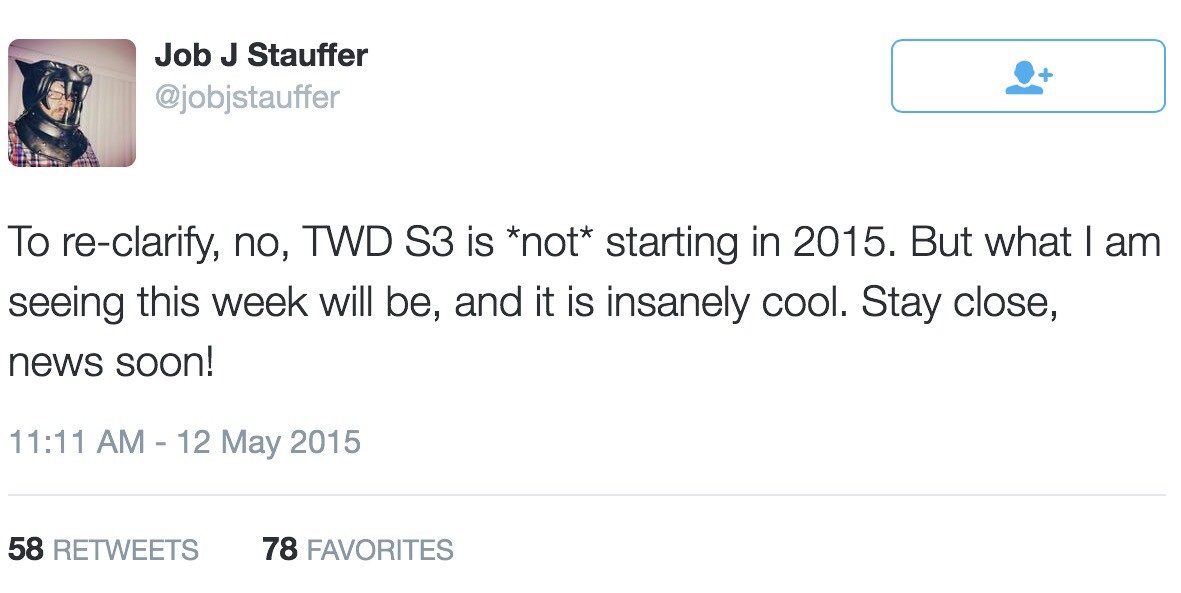