Constantine Cavafy, one of my favorite early-20th Century Greek poets, once wrote that when you set out for a destination, you should hope that your journey is a long one. Why? Because once you arrive, you’ll realize that the destination’s only value was that it spurred you to undertake your journey. I’ve often found that unlike Cavafy, most game designers often privilege the destination over the journey by positing  level- or game-ending bosses as the moment when the hours a player has spent with the game acquire meaning. More often than not, the journey to the game’s end credits is a blur with all elements of game design pushing with single-minded purpose towards that enemy waiting for you at the end. Yet, there are often exceptions to every rule, and Five Pixels‘ Seek: Find your Friends (Free) is precisely such an exception. Seek provides a literal window into a lovely, mysterious island and allows the players to blissfully meander inside the game world without inorexably pushing them towards a singular, rigid goal (despite the fact that the game does have an ending). This is definitely an island worth exploring if you, like me, enjoy savoring the journey and not just the destination.

Seek, the winner of, among other awards, the BAFTA Scotland New Talent Game Award 2015, came out of the 7-week long international gaming competition Dare to be Digital, one of the premier video games development competition for University students and recent graduates. At the game’s heart lies the idea of experiencing a colorful, vibrant island through the window of your iOS device. By utilizing the device’s gyroscope and accelerometer in addition to the touch screen, Seek lets the player experience the island by moving the device in the same way one would move his or her head. While the developer’s idea of turning the iPad into a window had me sitting in a swivel chair with my iPad pointing at the ceiling, it also has the effect of creating the illusion that Seek‘s world really does extend beyond the borders of my iPad; I just can’t see it without my “window to the world." 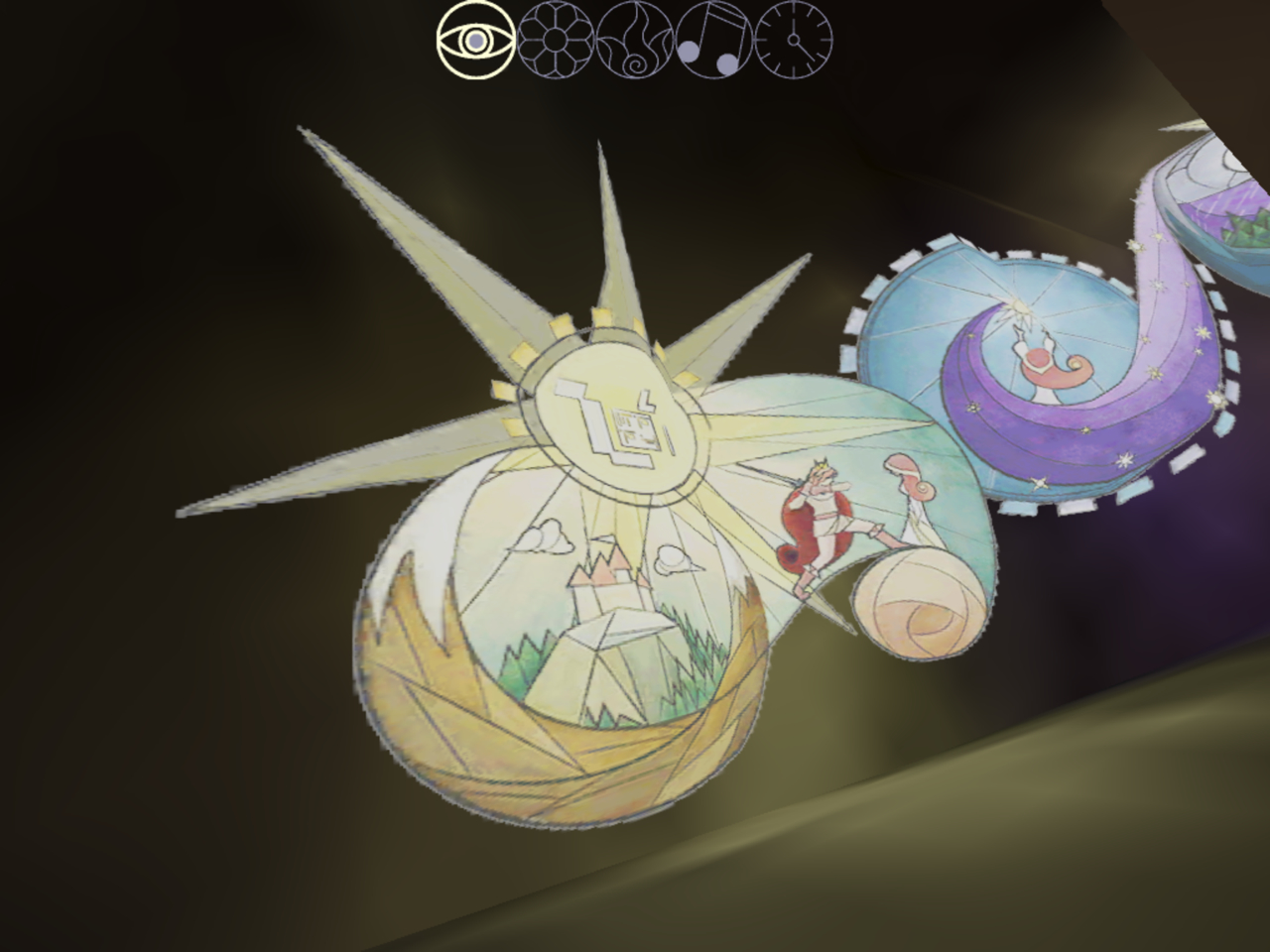 Since the game has you inhabiting the role of a child, the idea that there’s an enormous, imaginary world just to the left and to the right of the device you are holding was an ingenious one that perfectly tied the theme of exploration and discovery with the unique ability of smartphones and tablets to “disappear" in the hands of their user. We often emphasize the portability of iOS gaming devices and how that portability enables us to take our games wherever we go. Yet, I enjoy how developers like Five Pixel utilize the devices’ materiality precisely to make that materiality disappear – in Seek, the device blends in with the game world and allows the player’s eyes to focus only on what is happening inside the window he or she is holding. 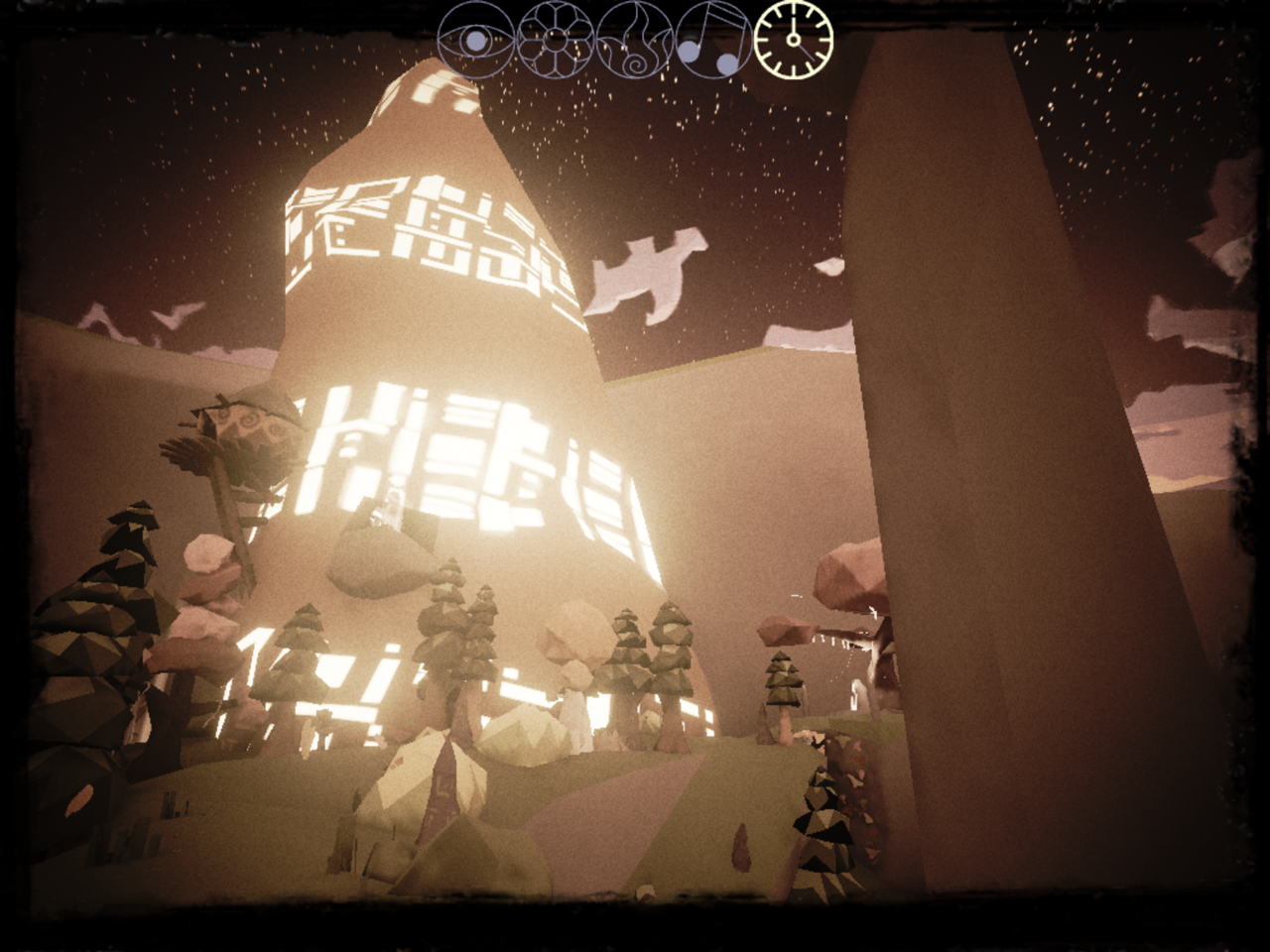 The island you get to explore in Seek is populated by a number of friends whom, as the titles reminds you, you set out to find. I don’t want to say too much about how the game actually works, because that would really detract from the experience of playing Seek. What I will say is that each friend will enhance the way you interact with the world in a very interesting way, each of the friends’ revealing an additional visual layer for you to experience while you traverse the island. The art design really stands out with vibrant colors and great particle effects that make the journey a veritable visual feast. The developers have really tried to breathe life into Seek‘s world, and they managed it perfectly by having waves crash on the shore, birds fly from tree to tree, and clouds move as if guided by the wind. Despite the angular shapes of the environment, the island truly feels alive and offers proof once more that realistic graphics aren’t the sole way of achieving a sense of place in a game world.

As the title of the game shows, Seek is really about the process of looking and exploring; it’s about experiencing the journey along the island’s narrow paths and wide valleys while pulling back layer after layer. If you have children, then you should introduce them to this game as I feel they would really enjoy the experience of peeking into this colorful world while searching for their friends. And as for “adults," as Cavafy’s said, a journey is always worth undertaking. The game is Universal, Free (not F2P), and totally worth your time.