This week’s Final Fantasy: Record Keeper (Free) event is important for  a few reasons. First, it’s the English version’s first exposure to the Final Fantasy 8 record, complete with excellent sprite-representations of the game’s enemies. Second, it’s the first challenge event to offer an Elite equivalent for the event (complete with harder enemies, better loot, and higher stamina costs). Finally, it offers the opportunity to unlock FF8’s Rinoa, which is the first FF:RK character available and is an interesting character in her own right. In typical fashion, we’ve run through the event and have a few pearls if wisdom to impart as we go on the hunt to dispatch Edea. 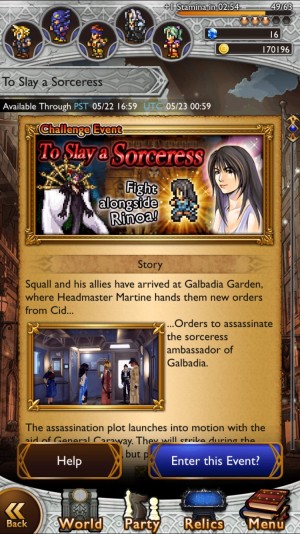 As we mentioned earlier, this event sees the debut of Elite equivalents of the game’s weekly challenge events. Thus, after you unlock Rinoa at the end of the ‘Classic’ mode, you have the option of trying out the Elite equivalents (technically you can start the elite dungeons after mastering the classic ones, but I’m assuming you want to unlock Rinoa first). if you plan on mastering the elite dungeon you’re going to have to make sure you go in well prepared.

First, you’re going to need a party of at least level 35 with preferable hero levels of 40 and above. It’s also essential that your heroes are well equipped with as many four and five star weapons and armor as possible (obviously the preference is true to form four/five star equipment but upgraded ones are better than nothing. This event is particularly tough because you won’t be able to enjoy any synergy bonuses unless you power level Rinoa prior to taking on the elite dungeon.

In terms of the specifics for this event, there are a few spells and abilities that are nearly essential to ensure a good run. One of the bosses (Iguion) has an AoE petrify so Stona (or Esuna if you’re lucky) is a must. A few of the bosses also have some vulnerabilities, so you’ll want to go in with Ice and Bio to take advantage of those weaknesses. Finally, the later missions in this dungeon are incredibly hard in general, so if possible, equip a few ‘Break’ abilities (such as Magic Break and Power Break) as well as Slow to help reduce damage once you get to the later bosses. It’s important to note that even with all the above, it’s going to be really hard to take on some of the later bosses without maxed levels, awesome equipment, and highly honed abilities with the above. If you manage to prepare to that extent, you have a good chance. 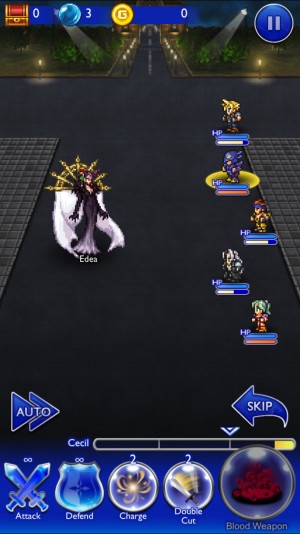 The following tips apply to the Classic versions of each boss but you can apply the same to their Elite equivalents.

Sorceress’s Chamber – Edea: She has no resistances or vulnerabilities, but her magic heavy attacks have the potential to be problematic for some players. The easiest way to mitigate that is to follow Dr. Mog’s advice and use Shell and Reflect. Otherwise, follow the obvious tips of staying healed and using whatever abilities on hand that cause the most damage.

Deling City Sewer Exit – Archaeosaur: He’s vulnerabile to Ice and has Poison defense, so plan accordingly. Otherwise, he deals damage with several physical attack abilities (one AoE and one single). Blind helps as well if you have it equipped.

Presidential Residence – Iguion: Magma Breath is what you need to watch out for with this boss, which actually consists of two Iguion. Not only does it deal fire damage but it has a chance to petrify all targets. Obviously, Stona and Esuna are essential in case any of your guys get stoned (it also helps to equip a Stone-Resistant accessory on your healer that has Stona). Otherwise, avoid fire attacks, and pile on Earth damage (Quake would be nice) and Holy spells for the greatest chance for success (while avoiding Poison).

Parade Float – Edea: See above. Also keep in mind that there’s a secondary Target Score condition (Win without Rinoa being KO’d) that can only be earned once you unlock her and then put her in your party for this battle.

Parade Float – Seifer: Seifer has two Target Score Conditions that involve inflicting with poison damage and slow. Abilities such as Bio and Leg Shot can hit those objectives. Otherwise, he uses Fira and has a double-attack ability. Keep with the poison damage for an easy victory.

Rinoa at a Glance 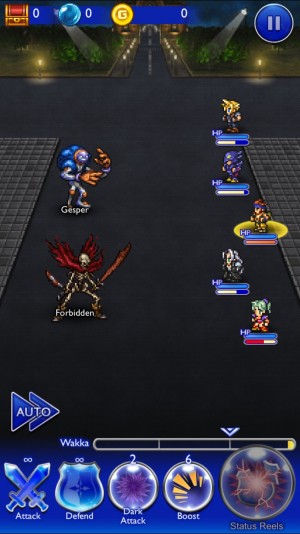 Rinoa reminds me of Terra as her stats and skills put her primarily as a Support character. However, she does have some differences compared to Terra. She has less tank potential than Terra but has more ability utility with Rarity 5 Black Magic, Rarity 3 White Magic and Support, and Rarity 2 Celerity. She also has the ability to use Thrown weapons, which is a a nice little bonus (although she’ll obviously be used primarily for ability damage).

Equip her with some high end magic and the best Light Armor/Robes you can find and she’ll make a good alternative to Terra. While I probably wouldn’t stray from Terra in my main party (and I’ll freely admit that’s due to personal preference more than anything else), I think it’s a good idea to level-up Rinoa purely due to the synergy bonus that may be useful once the Final Fantasy 8 classic dungeon records unlock with the (hopefully) next content update.

Rinoa’s event is available through May 22nd so you have some time to unlock Record Keeper’s first Final Fantasy VIII character. Meanwhile, Record Keeper also recently unlocked Elite versions of each of the daily dungeons, offering an opportunity to earn even better rewards (as well as some good first time rewards for each).