Normally, when it comes to app stores and rejections, it’s usually the App Store that’s under fire, because Google Play is open to far more apps, and even if they reject something, it can still be sold elsewhere. But apparently Google decided to get into the fun by pulling Threes ($5.99) from Google Play. Why? Because it used 2048 (Free) as a search keyword.

Mind you, 2048 only existed after Threes came out, and given the nature of the game, it’s hard to pinpoint who owns the name since Gabriele Cirulli’s version was inspired by other versions with similar names.

You can say rules are rules, but this is utter nonsense on Google’s behalf. Google Play has been a notorious hive of scum and villainy when it comes to games that use names and keywords of dubious value to promote themselves. Google doesn’t have the cachet to pull a power move like this. Apple at least has years of silly approval decisions. Google Play definitely has gotten a lot better, to where a search for “Angry Birds" shows all official games first. But here’s what a search for Threes pulls up right now: 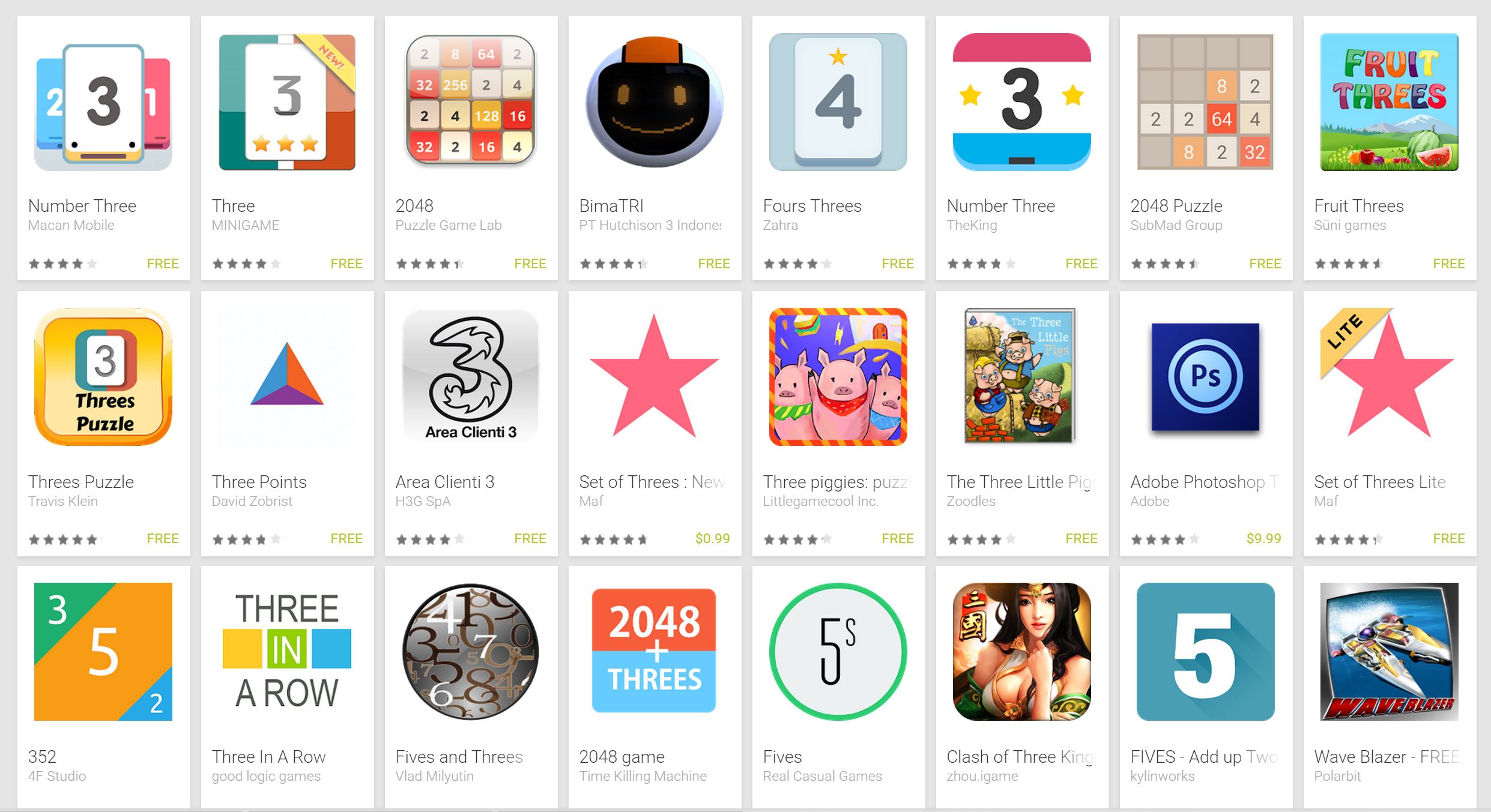 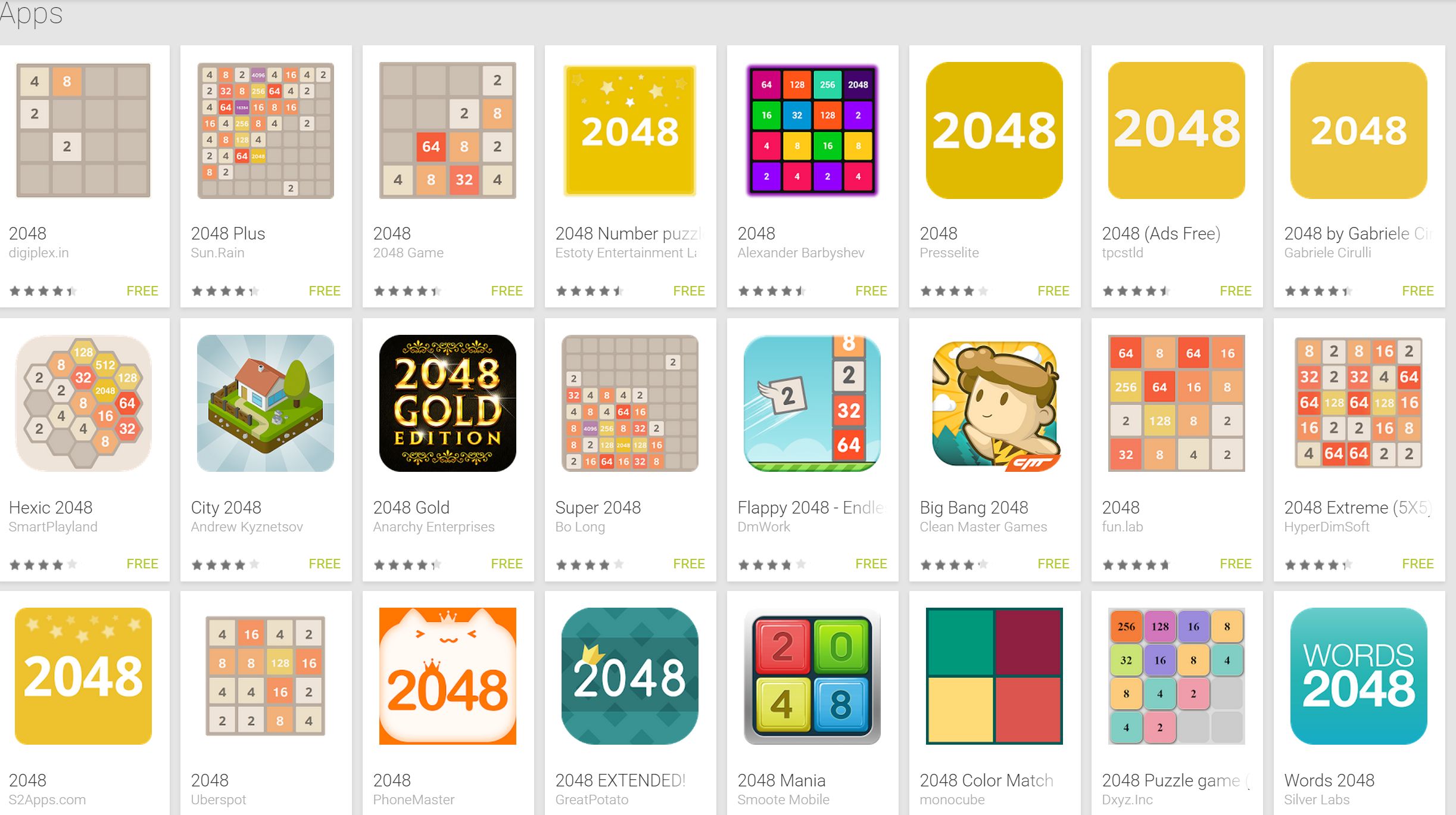 Pretty much any search for any popular game will turn up something that probably has a trademark or copyright that’s being used without permission. Again, things are not as bad as they once were, and the App Store’s got its own game title tomfoolery going on. But this Threes situation is ignoring thousands of active violations of store rules, intellectual property, and just common decency, to nail a big-name tile without warning for a questionable violation.

If Google had handled this situation with more nuance – say, rejecting an update, reverting a change to the search keywords, or providing any sort of notice to the publisher of one of the most notable games on their store – which Asher Vollmer confirmed that they did not – this wouldn’t be a problem. Again, rules are rules and I’m not opposed to the enforcement of these rules because Google Play does need cleaning up so that trademarks and copyrights aren’t being violated and users are finding what they actually want. But Threes using the name of a game that no one really owns; that was inspired by Threes; and has thousands of other games using that title. Using the nuclear option? That’s a stupid decision and they need to restore Threes to the store right now. And if they want to clean up their store, there’s a thousand better things they could, and should be doing.

Update: Looks like the game is back on Google Play. Good on Google for fixing this ASAP.

Threes has been restored to the Google Play store. I think they got the message.