Sometimes getting a second chance works to your benefit, and this seems to be the case for Angry Bugs’ Drylands, a post-apocalyptic RPG that briefly appeared on the App Store a few weeks ago only to disappear like all joy and happiness did in the recent Batman trilogy. Drylands‘ developers apparently fell victim to iOS 8.3 (as did many other developers, most notably Spiderweb Software), and decided to pull the game and fix it rather than just wash their hands of the whole thing. Many in the forums were wondering what the future holds for Drylands, and, fortunately, I have some good news on that front. 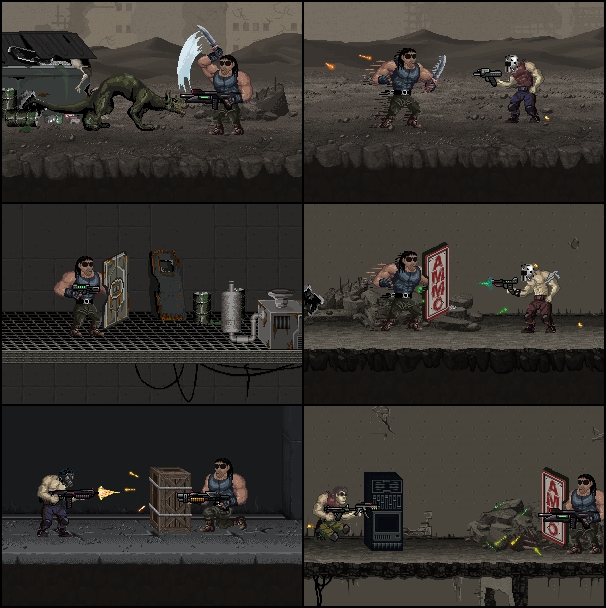 On the technical side of things, the developers seem to have pretty much fixed the 8.3 issues. The even better news is that according to the developers, some of the beta testers and of those lucky few who got the game before it was pulled felt that the game’s combat system was on the shallow side when compared to the rest of the features. So, Angry Bugs took advantage of the time they’ve had to spend on fixing the iOS issues, and they’ve added melee attacks, a cover system with deteriorating cover (which the AI opponents will also utilize), and shields to hide behind and/or use to smash opponents with. In my preview, I talked about how the combat was entertaining despite the relatively-dumb enemies, but I think adding these new features will really help make Drylands‘ platforming much more tactical. The game should be releasing (again) soon, so time to get excited about it, again.