One side-effect of Apple requiring an annual fee from developers is that, if the developer goes out of business, their games drop off the App Store. That’s what happened with Spanish indies Blue Shadow and their gravity-based platformer Naught. So while anyone with an Android device can still download Naught and its sequel, they’ve been missing from the iOS App Store. You can’t keep a good indie team down, though, and now former Blue Shadow developers have returned as Wild Sphere, and Naught is back on your Apple device.

Naught Reawakening ($3.99) is an iOS re-release of Naught 2. You guide the cat-like Naught through a mysterious underground world, viewed in silhouette, avoiding deadly plants, picking up diamonds to unlock secret zones and collecting seeds to enable checkpoints. Rather than controlling Naught directly, you turn the entire world and use gravity to move the bipedal feline around. In the original game you could spin the world using gestures, virtual buttons, or by physically turning your device, but here you only have the virtual buttons. Naught has also gained the ability to jump. 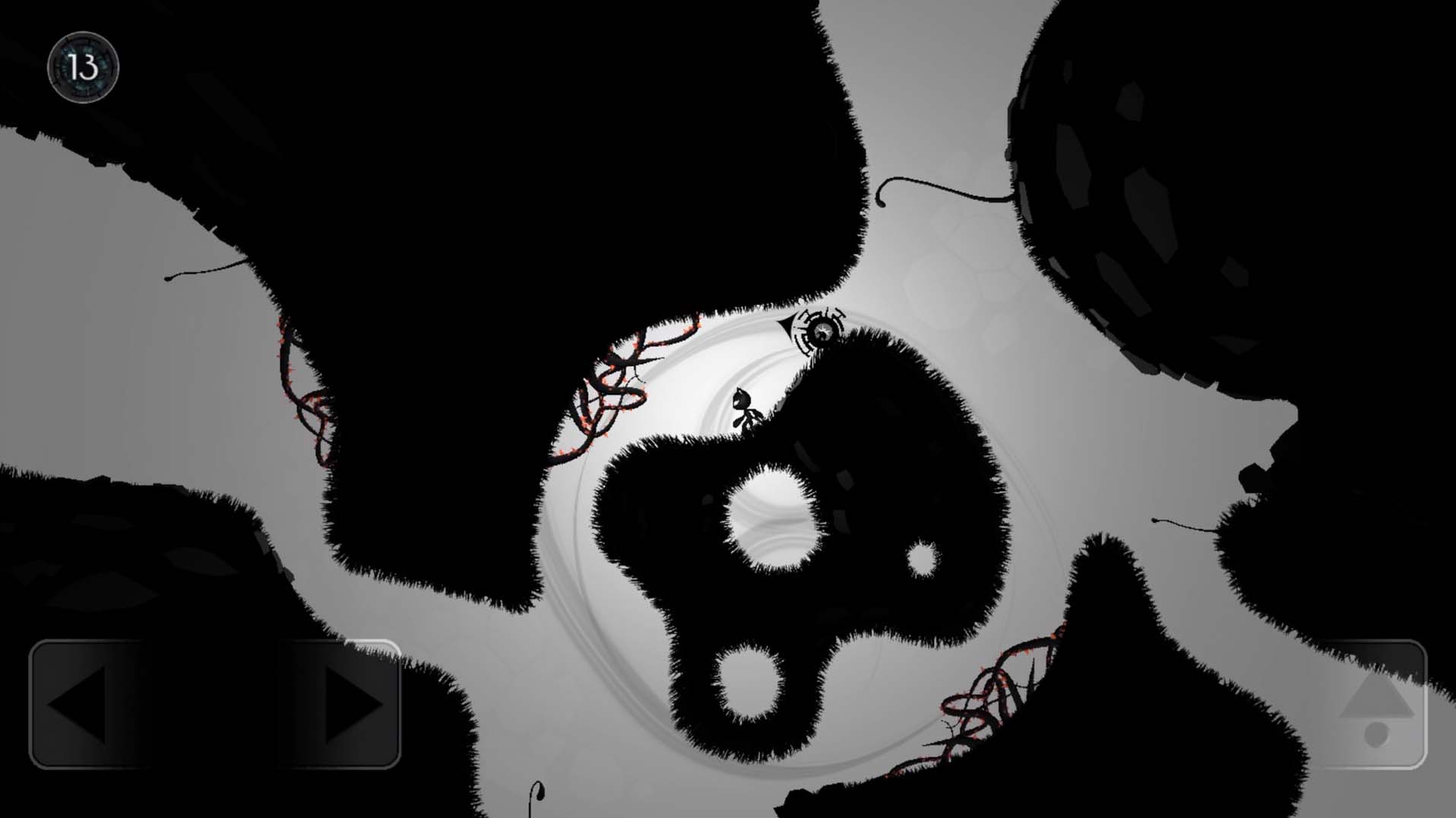 The use of silhouette graphics initially sets Naught Reawakening apart from the crowd, and invites comparisons to Limbo ($3.99), although there is little substance to the art style here. In Limbo, the dark and menacing nature of the graphics actually informed the gameplay, and vice versa, but one gets the sense that Naught is exploring a silhouette world simply because that’s the visual style of game that the developers chose to make. Unlike Limbo, Naught Reawakening could have been full-colour without impacting on the gameplay. There is no denying that the game does look good though, especially with the occasional splashes of colour to highlight collectables, checkpoints and dangers.

You’re joined on your adventure by the Spirit of the Tree, a small orb which floats around above you and points you in the right direction, as well as serving as the pause button. The first time I got lost, on the fifth level I think it was, I started following the Spirit’s directions, only to find myself in a dead end with the Spirit gleefully pointing out that the exit was on the other side of a wall. This felt like a cheap trick, and when I eventually tumbled my way back around the level and reached the exit, it was just trial and error with no sense of achievement. It didn’t feel like success, just an end to the frustration of being lost.

And there we have the biggest problem with Naught Awakening: It is a maze game. Yes there is a degree of skill required in using gravity to pull you around the level, and there are certainly challenges in getting past the deadly plants and traps, but ultimately you are lost in a maze and you have to find your way out, with just a rough direction to guide you. Mazes lose their appeal really quickly. 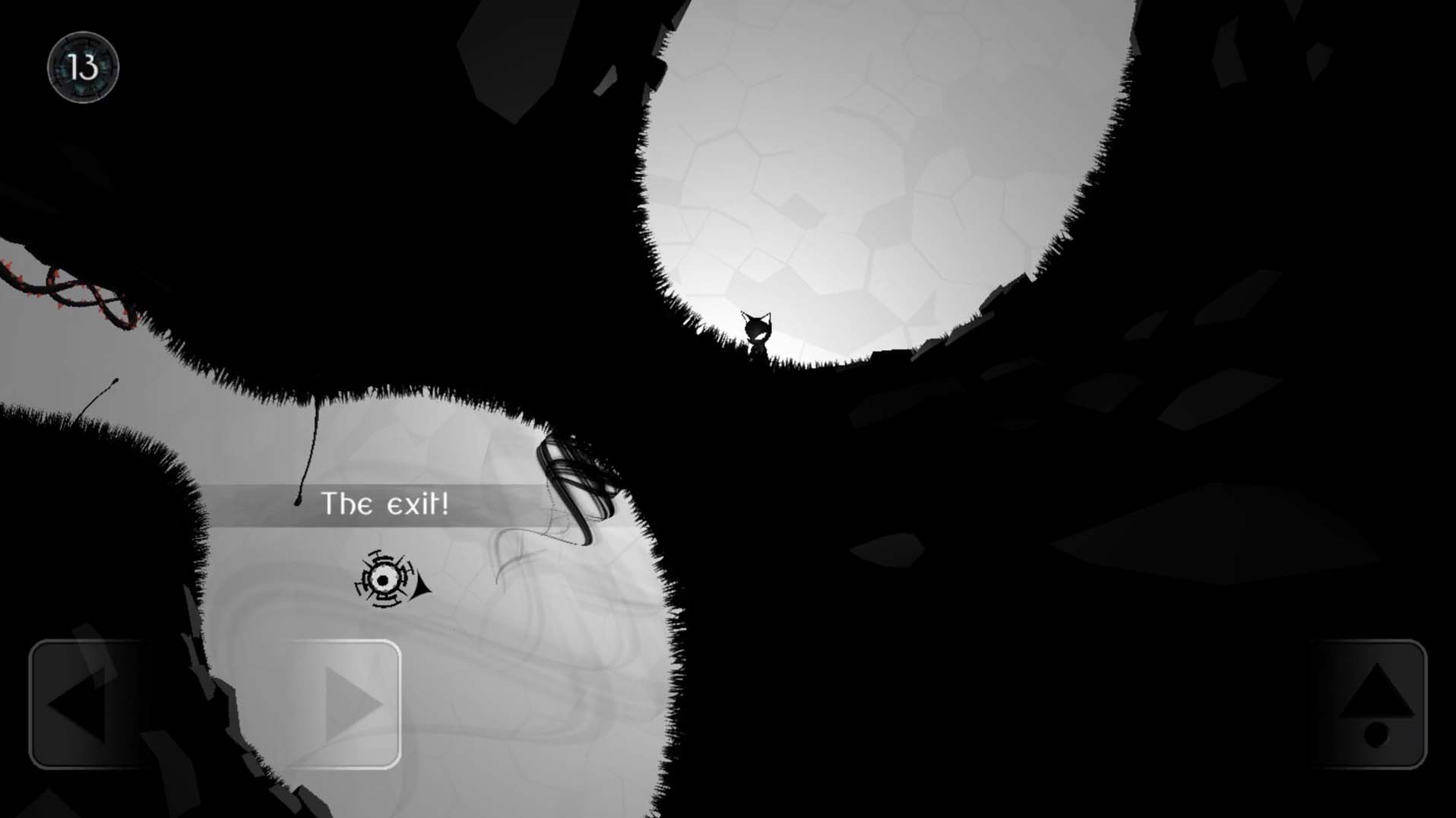 Naught Reawakening also suffers from the fault that can blight any game built around a specific feature: This game is all about gravity, and after just a few levels you’ll find that every challenge is the same: You have to turn the world to make Naught fall, and then quickly turn it back to stop him from falling on to something that will kill him. Unless you get some perverse pleasure from repeated deaths, you end up having to nudge him along pixel by pixel, trying to get a peek of what’s beyond the screen boundary. Any joy of exploration or adventure is sapped out.

The game’s frustrating difficulty is exacerbated by a very odd design decision: You collect seeds to enable checkpoints, but each time you die, you lose a seed. In other words, if a level is too difficult and you keep dying, the game punishes you by sending you back to the start. Wouldn’t it have made more sense to help the player in some way?

The real stand-out quality of Naught Reawakening is its soundtrack, which reminded me of the pacing, barely-rhythmic remix of Nine Inch Nails’ Closer used for the haunting opening credits to the movie Se7en. The game’s industrial sound effects are a perfect match, not so much complementing the soundtrack as becoming part of it. Top marks on the sound front. 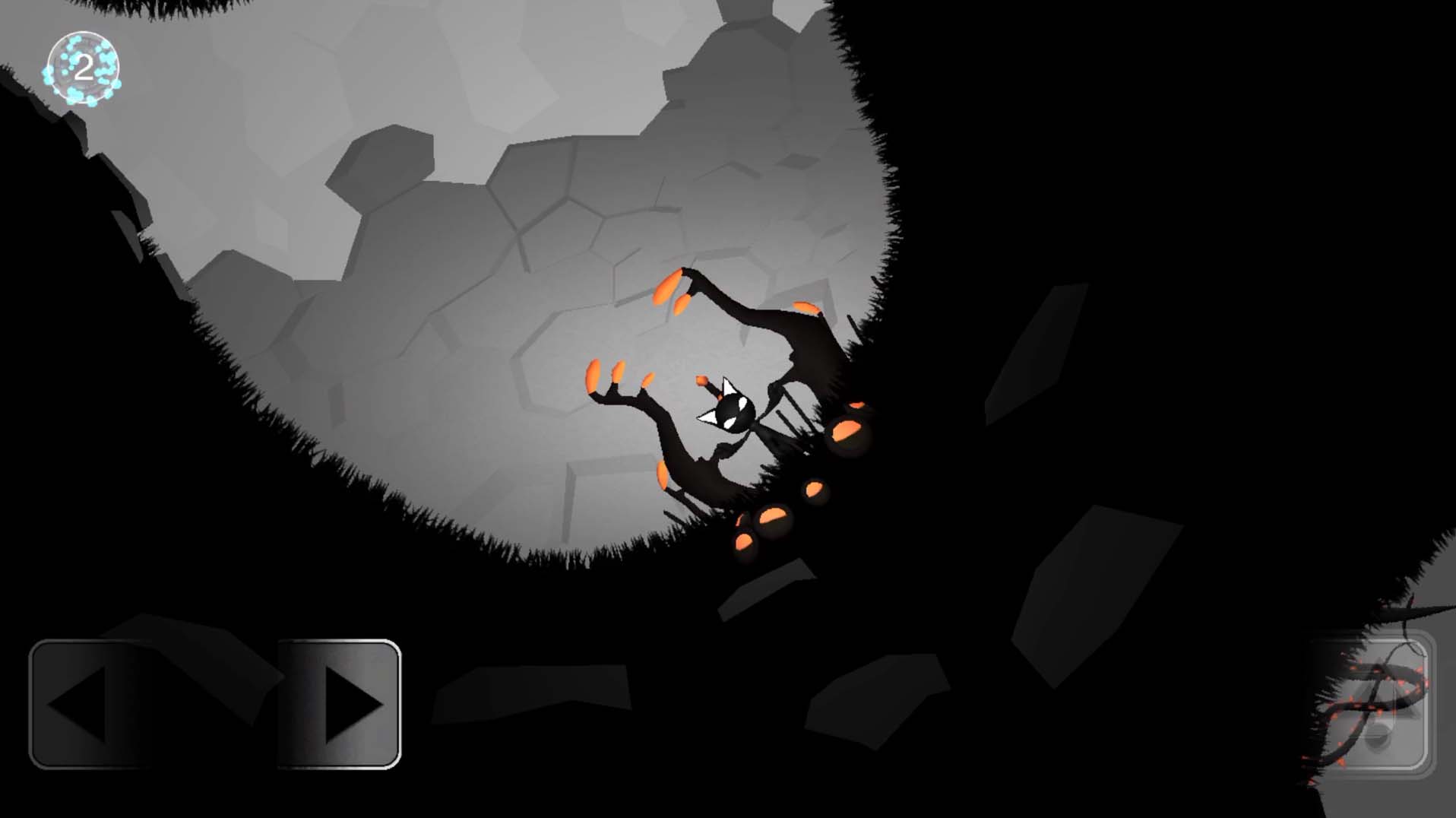 There are no social features or Game Center integration, so if high score bragging and achievements are your thing then you’ll need to settle for merely competing against yourself in finishing levels quickly. I can’t imagine many people wanting to play these levels over and over again though. Getting through them once is relief enough.

Naught Reawakening is far from a bad game. It has got nice graphics, an engrossing atmosphere, and a brilliant soundtrack. I went in to it without any particular expectations, and found it a bit boring at first. Then I started to like it, and it really grew on me. But the gameplay got very repetitive, very quickly.