We are still in the awkward feeling-around phase of the Apple Watch, where there’s a bunch of games and apps being made, and we don’t quite know what exactly is going to work. Will companion apps to bigger apps and games succeed? Well, Gameloft’s at least trying something with Modern Combat 5 (Free), as they updated the game with Apple Watch support. You can get notifications, sign up for in-game events, and even change your character. Want to customize your weapons while the thought comes to mind, without loading up the whole game to change it? You can do so from your Apple Watch. 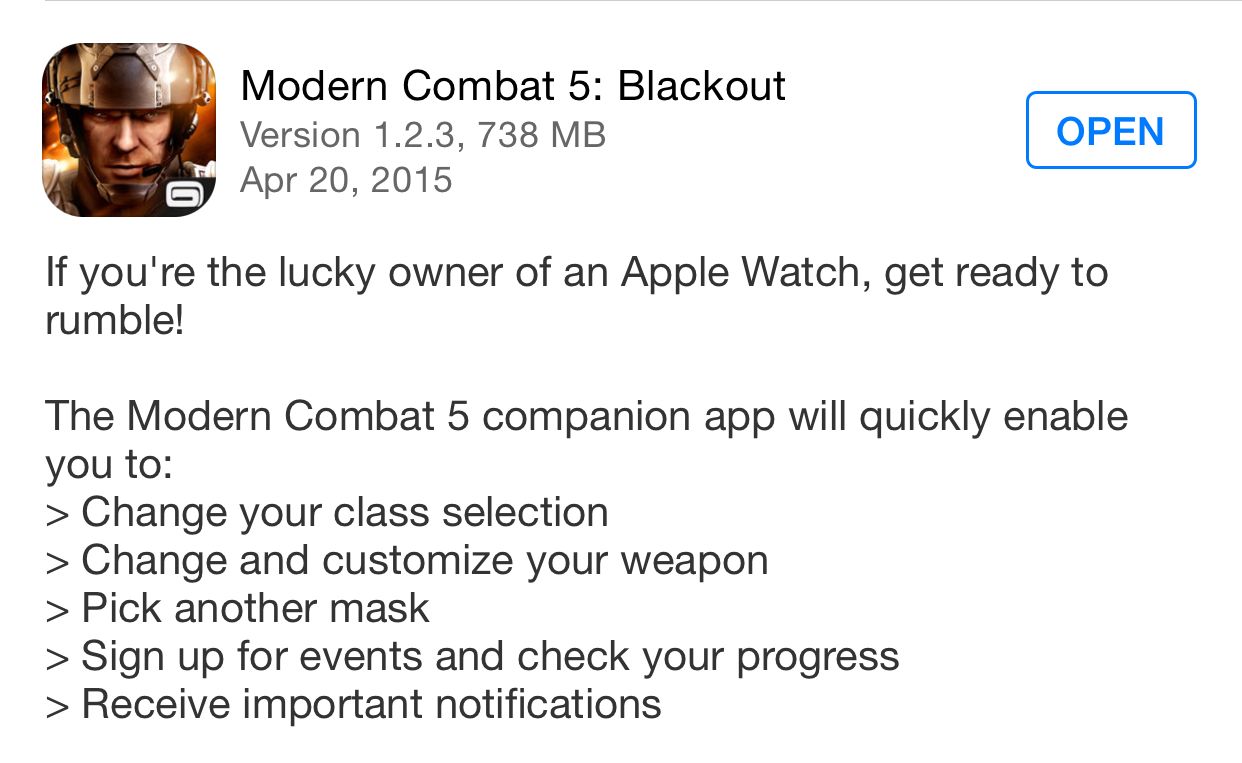 Will this be a thing that changes how you play Modern Combat 5? And will other games start to implement other features? Sure, it’s quite possible if developers and publishers that launch companion apps start to see that they’re worthwhile. But I’ll admit that I didn’t expect Modern Combat 5 to get Apple Watch support. I suppose nothing should surprise me any more when it comes to mobile gaming. Like, Asphalt 8 (Free) getting Apple Watch support. Looks like it’s a similar set of features as MC5, but I hope they just go crazy with an Apple Watch update for some of their games.