Oh hey, this seems to be a good week for games suddenly getting updated after long periods of inactivity. Now Bring Me Sandwiches (Free) has been a updated for modern devices. The game has not just gotten an update for iPhone 6/Plus resolutions as many games do, but it has widescreen support for the iPhone 5. Yes, it’s been a while since this one was updated. The other big change is that the game has been shifted to be free with ads. There’s no ad-removal IAP at the moment, but the ads just seem to consist of interstitials that pop up, though they were popping up errors for me. 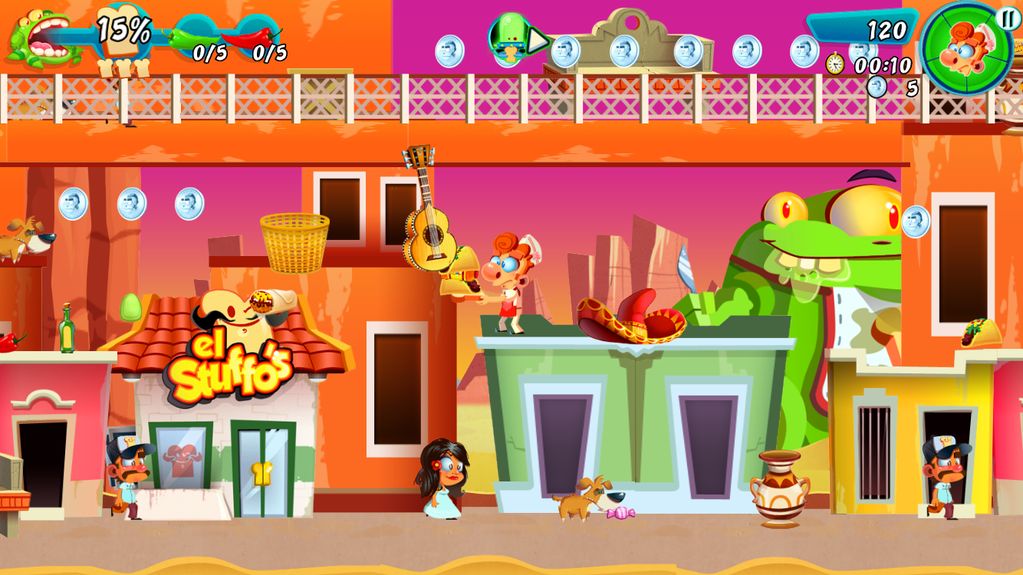 It’d be great if they either added in an IAP to remove ads or if they made it so that if you bought the game, then you wouldn’t see ads. This is possible, as developers can have apps check for the user to see which version they purchased, and then choose to show ads or provide other rewards if that version matches the one they want to give it to. Still, it’s hard to get too angry about a game that has been $0.99 for three and a half years getting ads long after it was seemingly forgotten. It should be low on your list of grievances.

You should definitely check out the game now that it’s free: it was a pretty cool platformer back in the day, with great art. It was one of the first games Grumpyface made for Adult Swim and Cartoon Network, as they’ve since become their go-to studio for stuff like Attack the Light – Steven Universe ($2.99). So hey, even if you have a modern device, you can still enjoy this little slice of their history.