Trailing behind the rest of the games released this week is 2K’s hotly anticipated (for wrestling fans, anyway) full-fledged wrestling game WWE 2K ($2.99). At first glance, it seems like a toned down (for mobile) version of the console title WWE 2K15, complete with multiple game modes including the ability to create your own WWE Superstar. 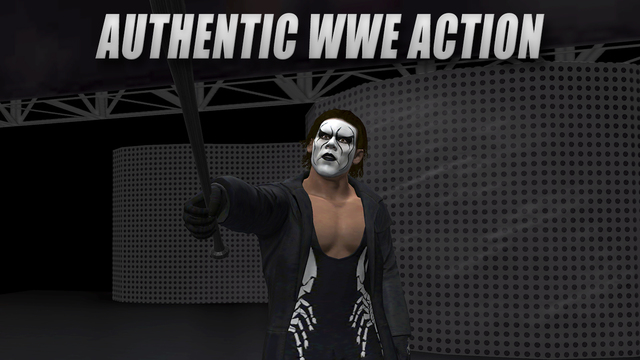 It’s got Sting in it, of course, because Sting is hotter than Hansel right now for whatever reason. Either way, complete with online multiplayer, an actual price tag instead of free to play shenanigans, and tons more content this definitely seems like something to pick up regardless of which side of the “Let’s go Cena" or “Cena sucks" chant you’re on.

I started a thread in our forums for the game, but since it hit the App Store mere moments ago, there’s not much activity yet. Expect first impressions to come rolling in soon.