I remember the early days of the App Store, when twin-stick shooters roamed the landscape free and clear. They’re a bit more rare now, as the genre got crowded and kind of played itself out. Geometry Wars: Touch ($0.99) remains un-updated for modern devices. At least Radiangames has cornered the market with JoyJoy (Free), Inferno 2 ($2.99), and the dual-stick shooter Metroidvania Powerpuff Girls: Defenders of Townsville ($3.99) which unfortunately is no longer for sales. I enjoyed the era of dual-stick shooters, because I liked the variety of games developers made with the conventions! Trigonarium ($2.99) should provide some hope for the masses, needing more dual joysticks to blast enemies from all over the place. If you like frantic shooters and going for high scores, all at a silky-smooth 60 frames per second, Trigonarium is the game for you. 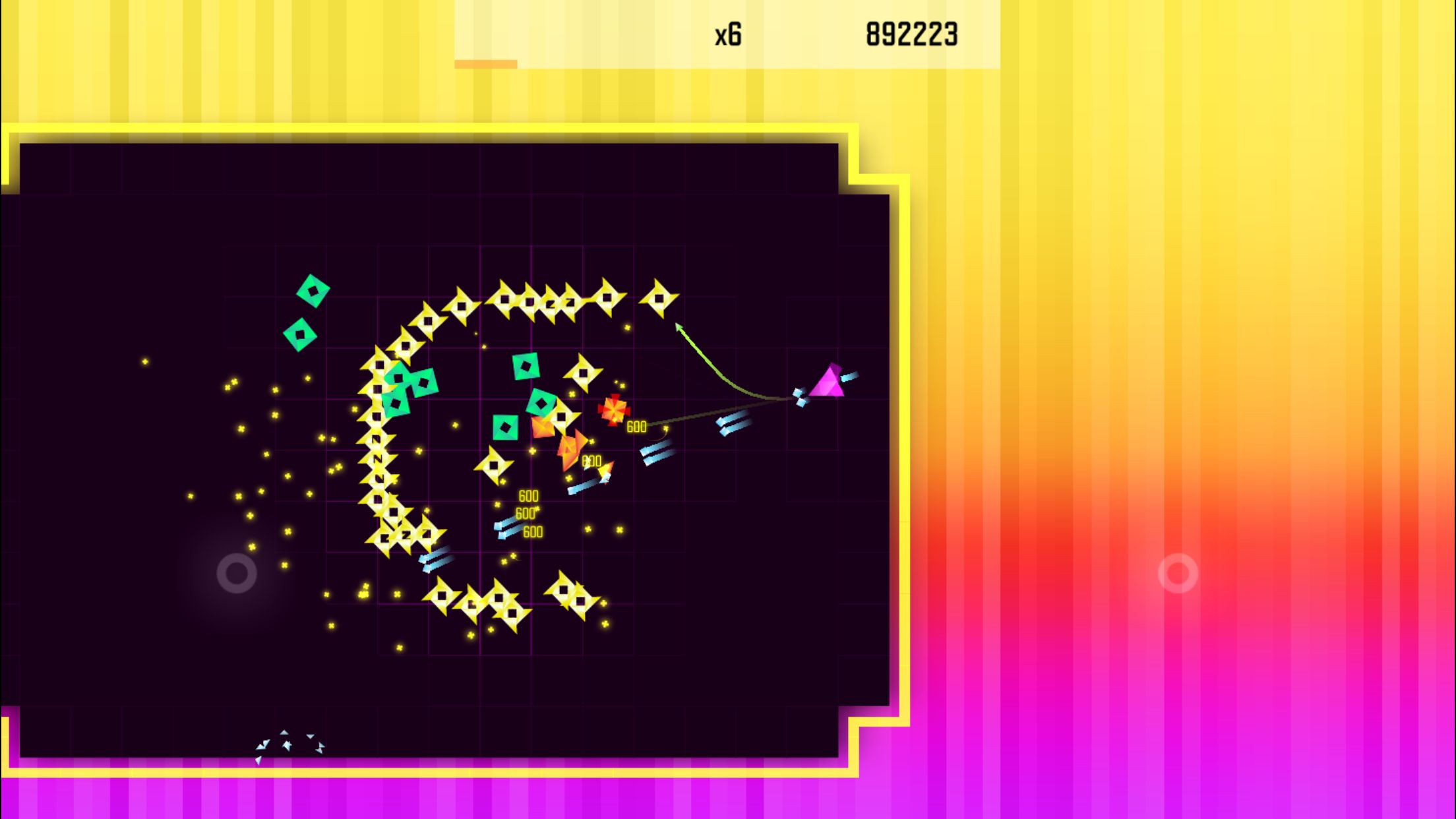 The gist of the game is that you’re a triangle in an arena, and there are other shapes. Because these shapes dared to not be triangles, you must shoot them. Wow, what a powerful satire of society. The arenas you’re in will shift every few seconds, so you’ll go from giant arenas to cramped corridors without even realizing it. You have unlimited bullets, powerups to pick up of both the temporary and permanent upgrade variety, and a dash attack. This dash freezes time for a split-second, and lets you fly through a bunch of enemies. There’s a temporary moment of invincibiltiy afterward, in case you fly right into a swarm of enemies.

Trigonarium is good, solid action. The game is at a fast pace that never gets overwhelming. The game looks simple, but not dull, with plenty of color splashed throughout. This is built for speed, though: on both the iPhone 6 Plus and iPad Mini 2, I never saw a performance drop. It’s a well-paced game, providing enough tense moments where there’s loads of enemies, with well-placed breather moments. And the shifting arenas and different enemy formations go a long way toward making this game stretch out about as far as it can. There’s the long-play arcade mode, single stages, and two quick game modes to enjoy. Plus, you can play it all in co-op if you want. Simple twin-stick shooter mechanics, built out for a cohesive whole package. 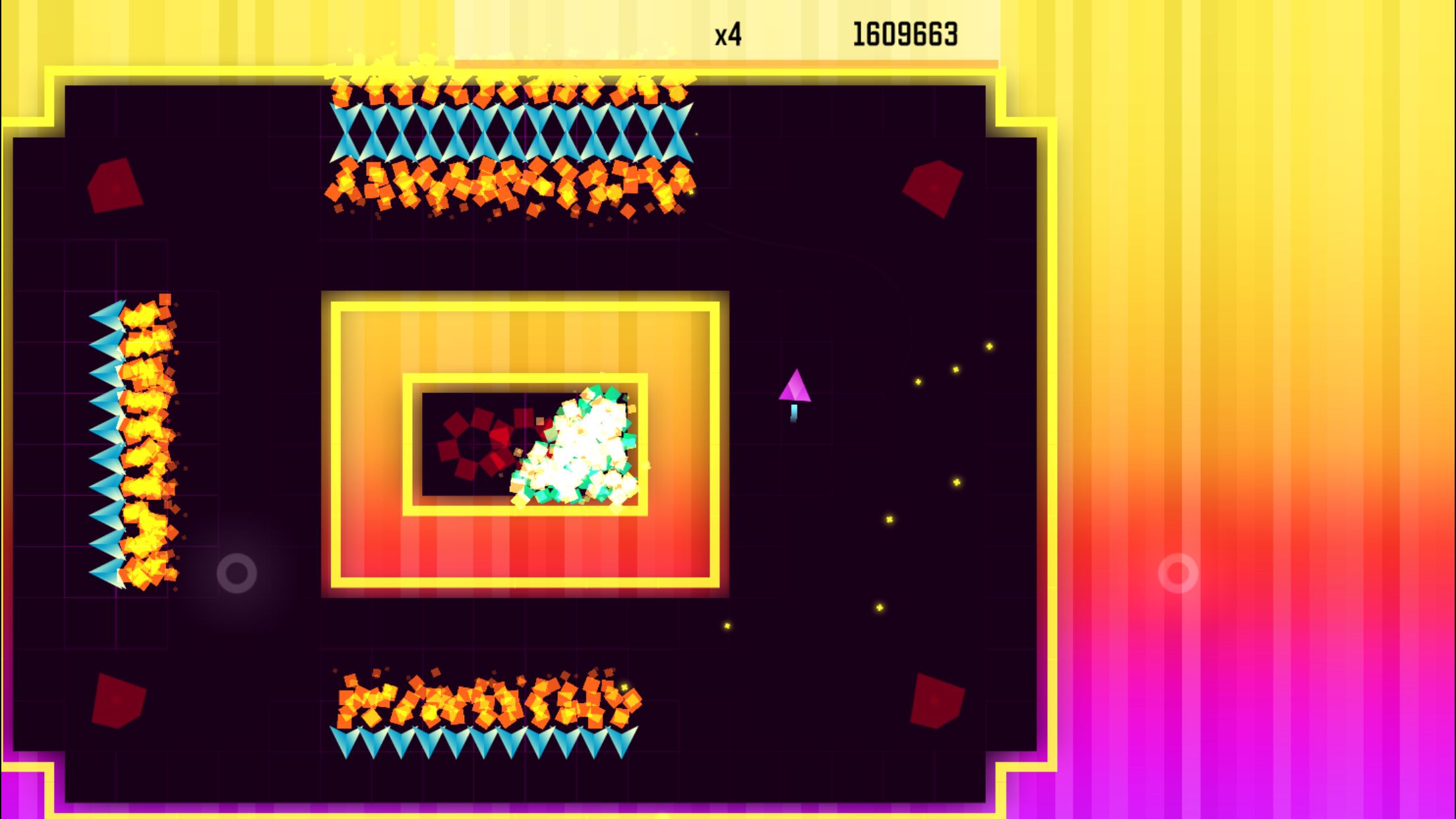 With many games that are iPad-only, I’m skeptical of them, as I was in my review of Criminel ($1.99) being an iPad exclusive. But Trigonarium does serve as a reminder that some games are better when they’re on the iPad. The game camera is far away from the action by default and loses a lot of detail, even on the iPhone 6 Plus. On the iPad, the game camera is at a comfortable position where details are visible. The game is playable on the iPhone, don’t doubt that. But it plays better on iPad. There is a zoom option in the settings, where a lower percentage means that you’re closer to the screen, but you run the risk of cutting some things off on the screen with closer zooms.

The controls feel a bit better with more room to move on the iPad. The virtual joysticks do feel a bit stiff, but still workable. There are some configuration options, but you can’t customize the size of the sticks, and they are set on the one of two spots you can choose from. You can change the sensitivity and the placement of the sticks, though. All these options are handy to make the experience feel as comfortable as possible. I would prefer that the game feel comfortable without configuration, but having many configuration options is a satisfying alternative for me. 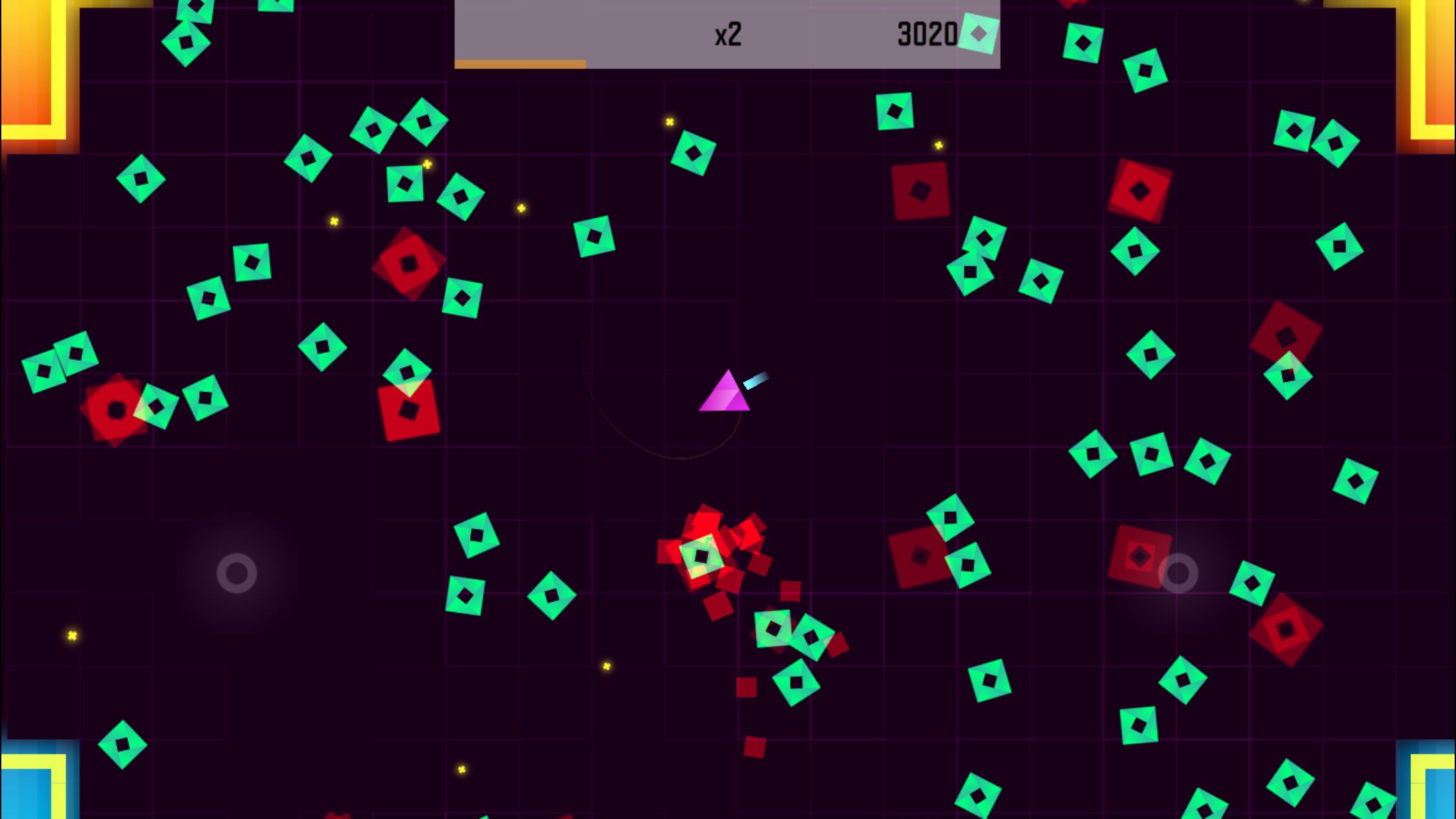 The dash maneuver is handy, but difficult to trigger. It does take some practice to aim with accuracy, as it requires a quick double-tap and then an aim to use. I suggest double-tapping and then swiping in the direction you want to attack, but don’t expect to get the perfect line you want. Trigonarium lacks MFi controller support, which should be mandatory in all dual-stick shooters. I look forward to this game on PC because controller support will be a natural inclusion.

Trigonarium is definitely great for people who enjoy a good high score chasing game to go along with their twin-stick shooting. I’d love for an in-game display of high scores from friends, but I like seeing them when a round is over. Having goals to shoot for, and people on my friends list to beat, is a motivating feature for me in a game like this. The game is fun enough on its own, but having an extrinsic motivation to go after higher scores? I welcome that. 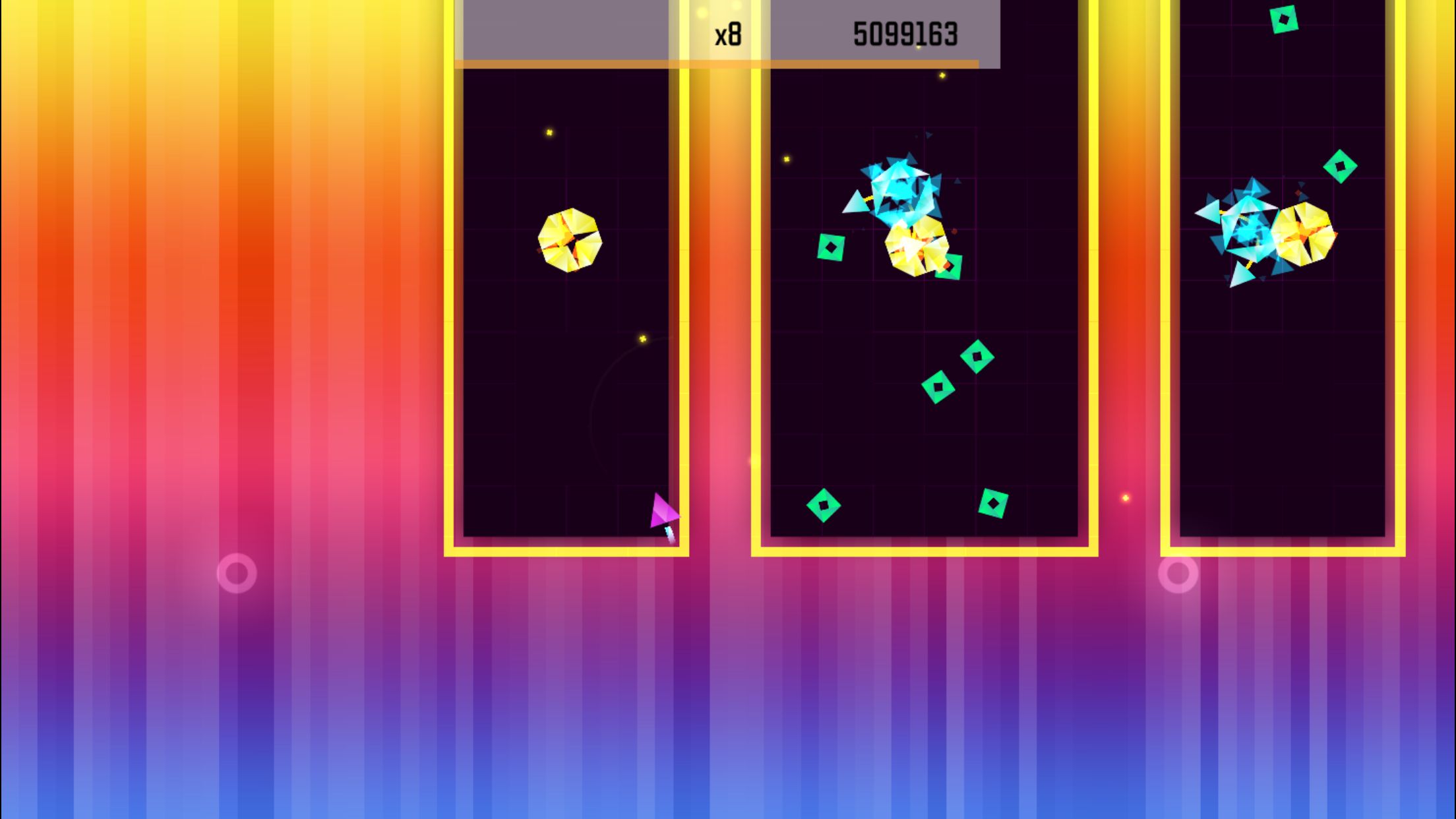 The different game modes mean that this is compatible with many styles of play. The Quick Attack and Chase modes are great for pick-up-and-play, with Arcade mode providing that longer sit-down experience. The single levels are welcome too, just because hey, I can’t always beat that first boss. I’m young and reckless! This way, I can play that second level and get some practice for when I reach it for real on a consistent basis. The arcade mode offers enough challenge that you could play it for a while and have trouble reaching that third level, for sure.

What can I say about Trigonarium other than that if you love twin-stick shooters, or high score games, or just frantic action games, that you should check this out. It’s got flaws, but it hits the spot for me.