Super Hexagon ($2.99) still has an outsized influence on mobile gaming, as minimalist, high-difficulty, arcade-style games keep coming out. Tiltagon (Free) from Jyri and Piia Kilpeläinen, decides to skew closer to Super Hexagon where many games are now taking influence from Flappy Bird and Crossy Road (Free). The high-tempo electronic music, the hexagons, the frequent deaths, they all seem familiar. Tiltagon does an admirable job at mixing things up by being a tilt-based game that can’t match the speed of touch-based games, but finds clever ways to fit in this arcade challenge genre. 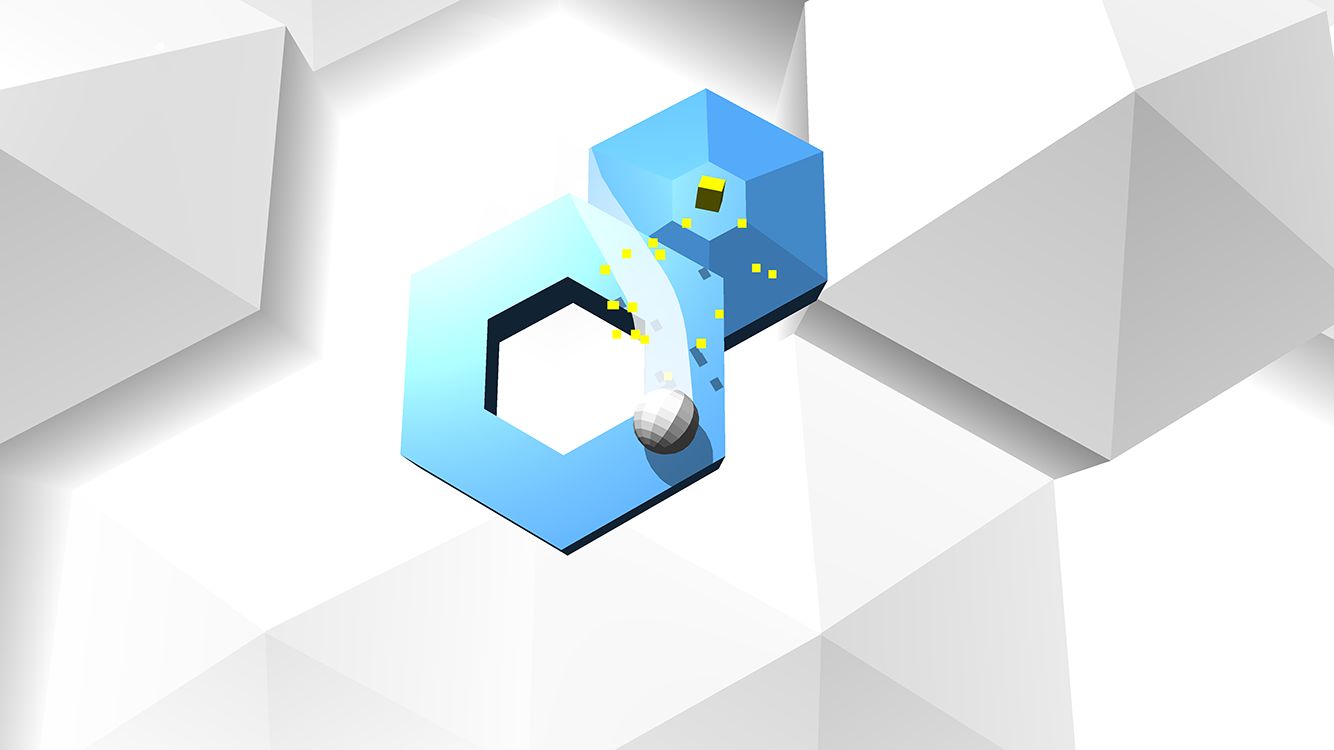 The goal of Tiltagon is to collect a cubed dot on each hexagon-shaped platform, which causes the next platform to appear. Each platform will start to blink out of existence, so you need to make it to the next before you fall to your doom. The platforms will also contain various hazards, like moving blocks, disappearing floors, and platforms with gaps. Each dot you collect is worth one point, and you’re going for high scores. You tilt to move your ball around, and deal with the physics of its movement while navigating the constantly-shifting landscape.

A game built around tilting needs to make tilting feel good, and Tiltagon does just that. There’s sensitivity options in the settings, but the default settings with auto-calibration work well enough out of the box. Sometimes the auto-calibration gets a bit funky, but for the most part I can’t complain about how the game controls at all. It works great on the iPad Mini 2 as well as the iPhone 6 Plus. I like that the game is playable in both portrait and landscape, though I prefer the latter. The pace of the game means that you have enough time to be deliberate. More often than not your failings are consequences of your own mistakes, not because you ran out of time on a platform. Still, move with a purpose. 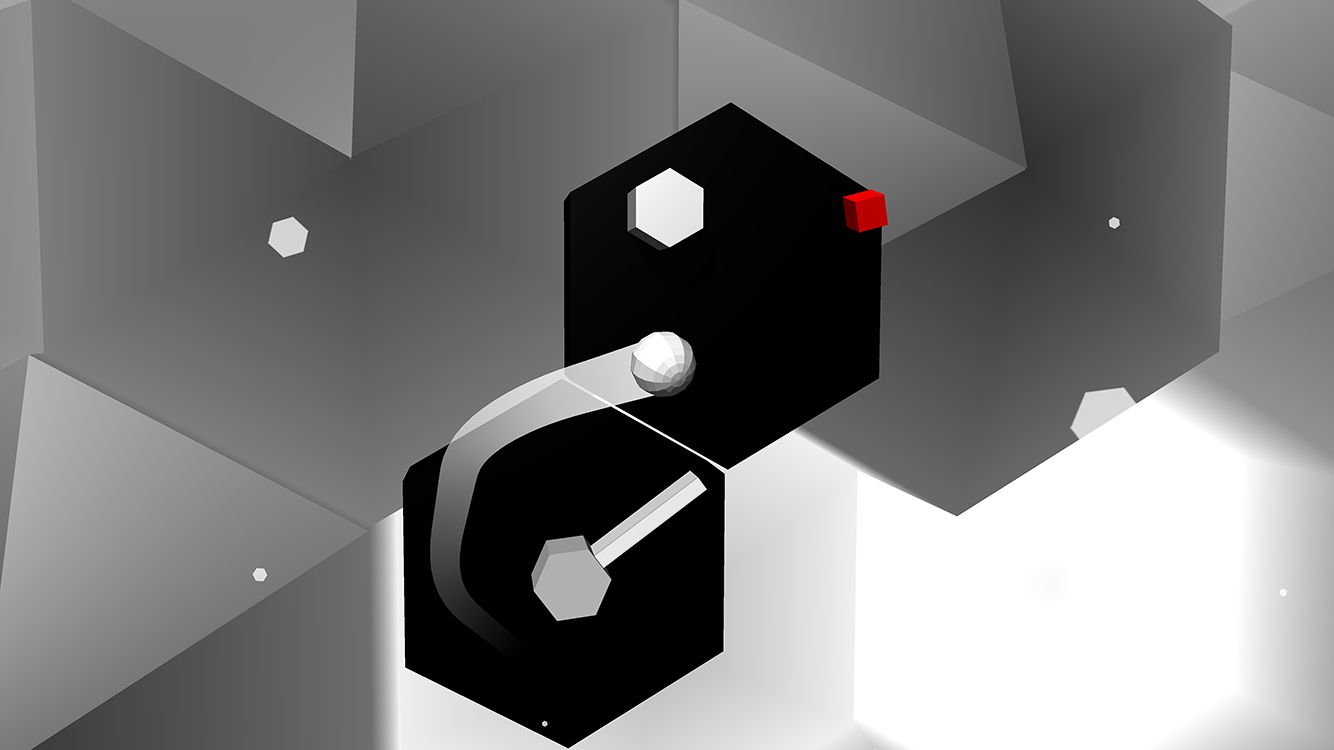 This slower pace makes Tiltagon stand out. Making a hyper-speed tilt game seems like a challenge, particularly from an approachability standpoint. So slowing things down seems like a smart idea. It still puts on the pressure to act quickly, but you’re not getting your heart rate up trying to keep up with an impossible pace. It’s got intent without screaming. It’s a medium-heat buffalo wing.

Tiltagon is basic from a visual perspective, but the game has actually come a long way from what it was at first. The visuals now shift colors throughout play, shifting between several color themes. It adds character to the game, and keeps the visuals from becoming stale. The ball and hexagon platforms are still sleek, but they look even better with the shifting colors. The black-and-red theme does make it a bit difficult to see ridges in raised platforms, but there’s a bit of a glossiness applied to make the center not look like a pit. 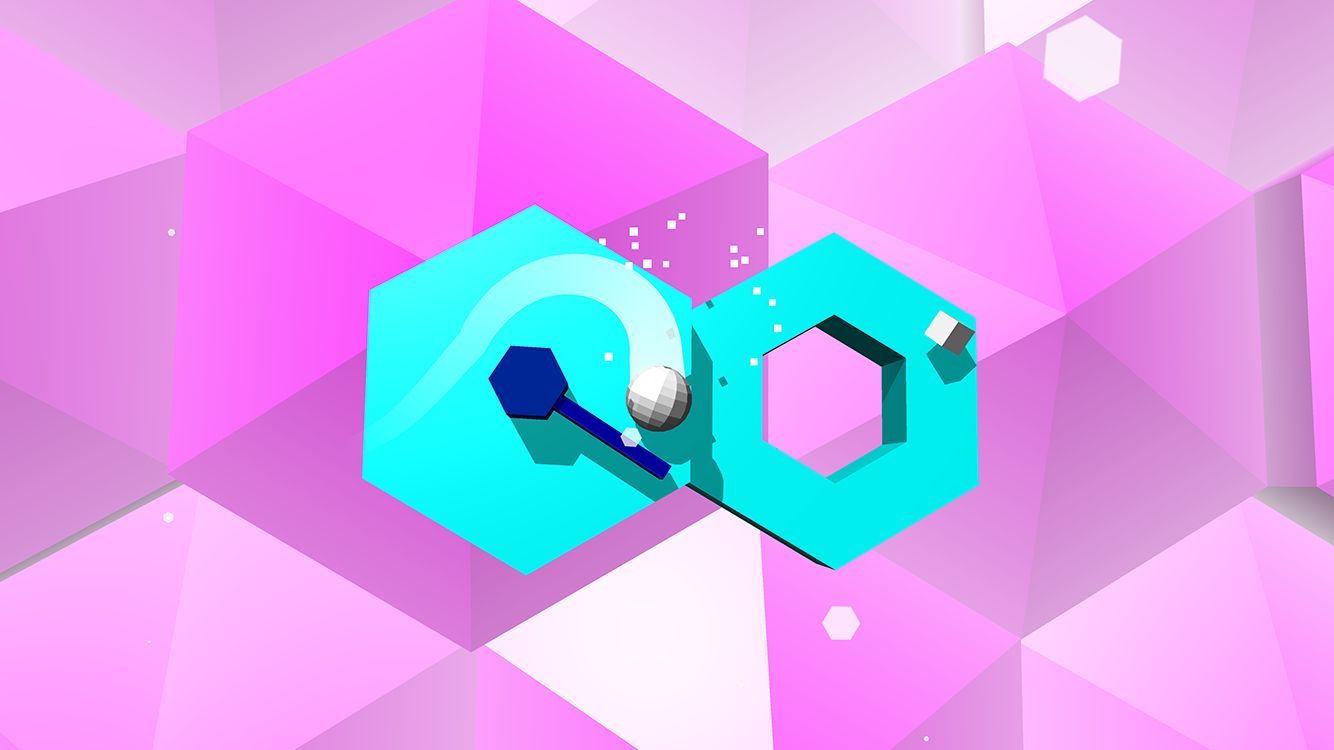 Tiltagon uses a curious monetization model, where the game is free with ads, and there’s the standard $1.99 ad removal IAP. But there’s also the ability to remove ads for just 5 minutes by watching a video ad. This is clever! If you’re going for high scores and don’t want banners, but maybe don’t want to pay $1.99 for the ad removal, you have an option. Sure, $1.99 is a trivial amount, but if you’re on a tight budget (I was a broke college student once, too!) or am not sure if you will even use the ad removal option, you have an option here! Considering Noodlecake published Bitcoin Billionaire (Free) which featured goofy ad systems, I’m curious to see what they do next with monetization. I’m in favor of any clever ways to try and make money for developers that is also friendly to players.

I take issue with the two difficulty modes available for the game. Hard is enough of a challenge, for sure. But Hard+, rather than being a separate difficulty, makes the difference be that moving objects kill you instead of just pushing you. The difference in difficulties is too subtle to make for much variety. This disrupts the flow of the game and its high scores. The first few platforms with moving hazards are difficult, but ones without them are as easy as ever. Scores will either be low or have spikes in the teens. I’d rather just play Hard. That one platform with the center block that shoots you off of the stage? That’s tricky enough! 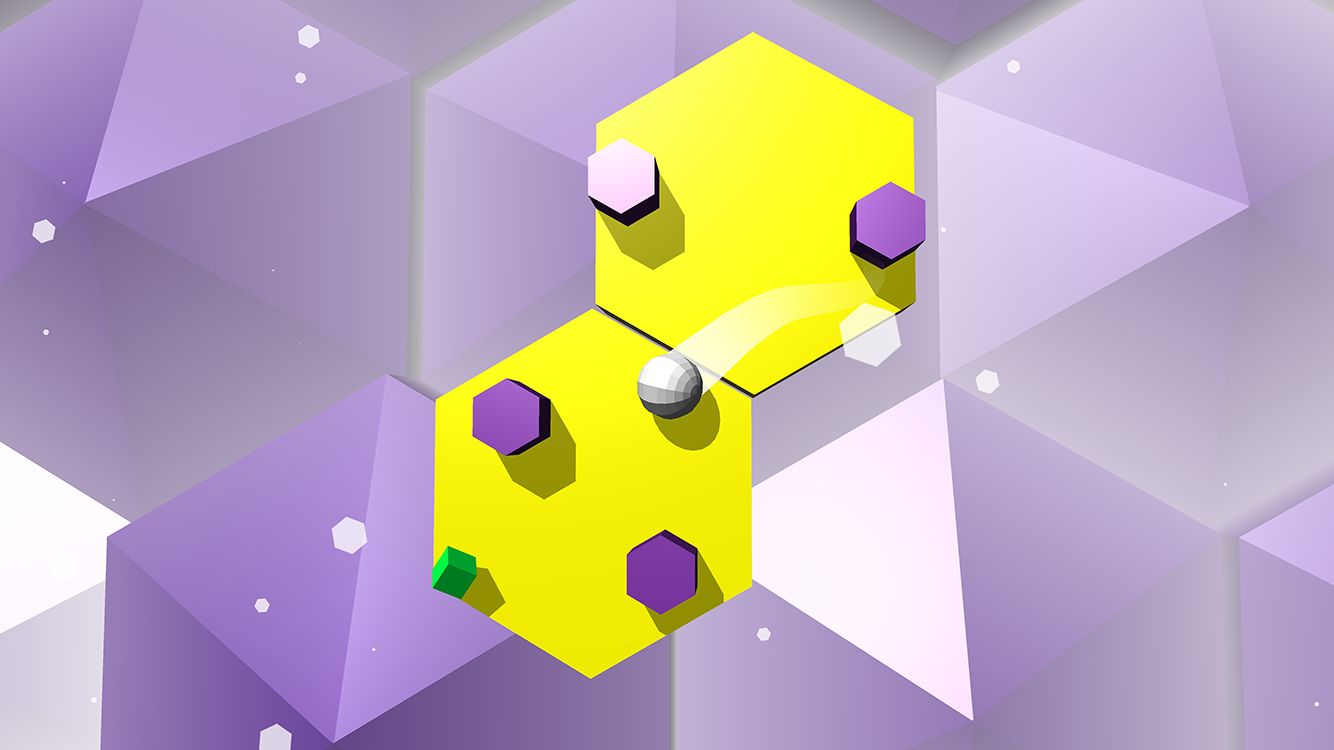 I’d rather see many difficulties, as it’s something that Super Hexagon used to great effect. Modes with greater speeds, or different challenging blocks to take on? The possibilities intrigue me. As it is, just having Hard and Hard+ feels like a bit of a disservice. I feel like Tiltagon‘s concept has more to give than just one mode and a modification of one of the rules. A lot of the replay value gets sucked out because there’s not that variety there that this game could have.

The limited scope makes Tiltagon an interesting game to check out, but not quite an urgent must-download. I like its concepts, and the way it slows things down a bit. Plus, the tilt controls are great. And the monetization is pretty cool. But I wish there was more here.