Eyes Wide Games has just announced that they have a game for the Apple Watch releasing on April 24th, alongside the watch’s launch. It’s called Watch This Homerun, a clever play on words on the term “watching a home run" and that it’s a watch game. You’ll be playing as a hitter, trying to knock some nasty pitches out of the park. It’s a game of timing and accuracy, as accurate taps will socre you runs when you knock the ball out of the park, inaccurate ones will cause you to make outs. 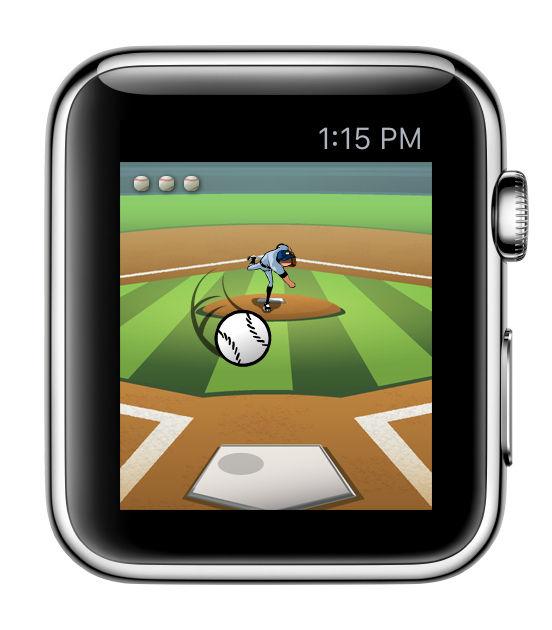 There will be several difficulty modes, built around a home run derby mode. There will be many different pitch types to try and hit – fastballs, curveballs, and knuckballs will test your skill. The companion iPhone app will show leaderboards and stats, along with a forum to chat about the game. This is the first smartwatch game from Eyes Wide Games, with more planned Apple Watch sports games built around similar short-burst gameplay in the works.