Continuing on its (hopefully consistent) trend of releasing new events on a weekly basis, the folks at Square Enix and DeNA launched their latest Final Fantasy: Record Keeper (Free) event late Tuesday night. Dubbed ‘Light Against the Darkness’ this event has you taking your group of Final Fantasy misfits to Mt. Ordeals, the famous spot in Final Fantasy IV where Cecil renounces his dark sword and becomes a Paladin.

As you might expect from the setup, this Record Keeper event awards two new heroes. Halfway through Mt. Ordeals you obtain Dark Knight Cecil, while the reward at the end of the event is Paladin Cecil. There are a lot of cool accessories that can be earned in the event as well, such as Earrings (improve magic), Star Pendants (poison resistance) and more. Orb wise, there’s potential for some summoning orbs as well, which are pretty rare at this early in the game. 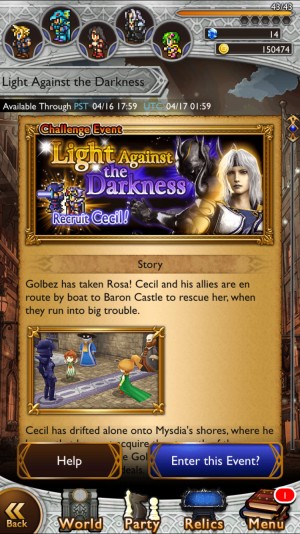 We steamrolled through the content in the last couple of days to earn both characters and have a few tips that will assist. Obviously, a lot of these specific tips can be gleaned from following the general guidelines that we posted in our overall Record Keeper guide, but those looking for the specifics in terms of Mt. Ordeals can continue on below.

Remember the Rule of 25

Mt. Ordeals felt like a cake walk compared to the Shinra tower event. All of my characters were between levels 26-31 with four star or above weapons and 3 star or above armor. If you’re looking to not encounter too much resistance I highly recommend being at least Level 25 or above with weapons and armor for each hero having at least three stars or above in terms of quality. The common items that you Combine to make three stars *might* be enough to cut it, but honestly it’s the rare relics that you really need at a minimum to make it a cake walk. While it’s certainly easier than the last event, I still wouldn’t recommend using it as a leveling excursion for weaker characters.

Fire Is Your Friend

Just as Rydia needed to learn Fire at Mt. Hobbs in order to proceed, I highly recommend that you include some fire-based spells in your repertoire for maximum success. You will be encountering a lot of enemies that are weak to fire, and putting Fira on your strongest mage should make short work of the majority of the opposition (as well as the bosses). 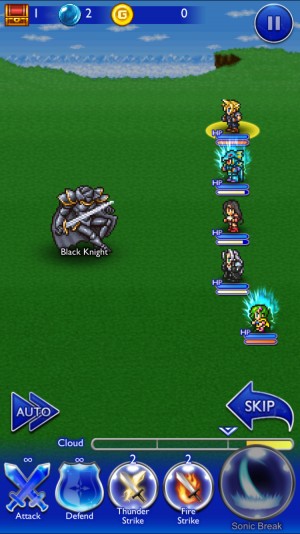 Cure Your Way to VictoryObviously, how much you need is dependent on how many four and five star weapons and armor you have. But my Rydia had a 4 star staff with Fira equipped and was able to make short work of mostly everyone. Another good tip to keep in mind for Mt. Ordeals is to equip some of your fighters with Fire Strike as that will also go a long way towards making the trek easier.

As a lot of the enemies you encounter on Mt. Ordeals are undead, another good alternative to damage dealing is to cast Cure and Cura on them as they will do a decent amount of damage. If you happen to take a White Mage or your magic user has a Cure spell assigned to them, it’s not a bad idea to try it. You even get some points for doing it on a few bosses, such as Scarmiglione (Transformed).

Just be sure to not use all your Cure spells prior to the bosses. Should they get some good damage dealing moves on you, you’ll want to make sure you can recover.

Bosses To Watch Out For

Honestly, the toughest boss I encountered was the last boss, the Dark Knight. His darkness ability causes a lot of damage to all your allies in short order. The best way to deal with it is to purely go on the offensive and try and cause as much damage as you can as quickly as possible before his Darkness ability weakens all your heroes enough to finish them off. I used my maxed out Fire and Thunder Strikes, as well as Fira from my mage and any ability I had in the first few rounds and he was down for the count. 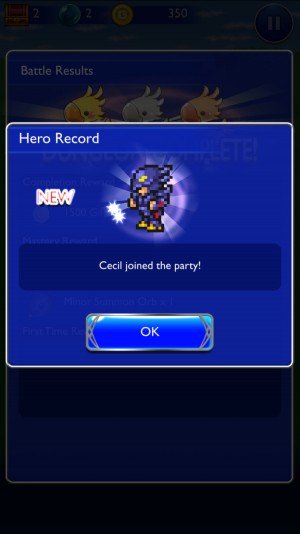 Otherwise, I really didn’t have much of an issue with the other bosses. Scarmiglione (Transformed) was the second to the last boss, and Fira and Cura along with some strong normal attacks were enough to take him out without little threat to my heroes. Other bosses, such as Dinozombie and Skull Dragon weren’t a challenge at all.

For folks that may not have completed the Shinra Tower yet (remember it ends this weekend!), Mr. Ordeals will feel like a welcome reduction in difficulty. Folks that have powerful teams may be a bit disappointed, but at least it’s an easy trek to obtain two new (and pretty awesome) characters to train up.

In any case, Light Against the Darkness will be available through the evening of April 16th and I highly recommend folks play through it sooner rather than later as it’s an easy adventure and both Cecils have some pretty cool potential for incorporating into your permanent team. I’m also pretty pleased with the fact that it appears like Final Fantasy: Record Keeper will have new weekly events from a character standpoint. Meanwhile, we’ll keep on the lookout for new events and characters to unlock.