For people who grew up playing computer games in the late 80s and 90s, few games are spoken in a more venerable tone than Wasteland and the Fallout series (Wasteland‘s spiritual successor). These were games that gave players a post-apocalyptic playground to explore, back when the apocalypse wasn’t happening on TV every couple of days, and translated pen-and-paper RPG systems to computer games to help players develop and invest in their characters. Wasteland and the Fallout series directly or indirectly influenced the development of most RPGs in the last two decades and have even continued to spawn sequels to this day (Fallout: New Vegas was published in 2010 and, just last year, Wasteland finally got a sequel). 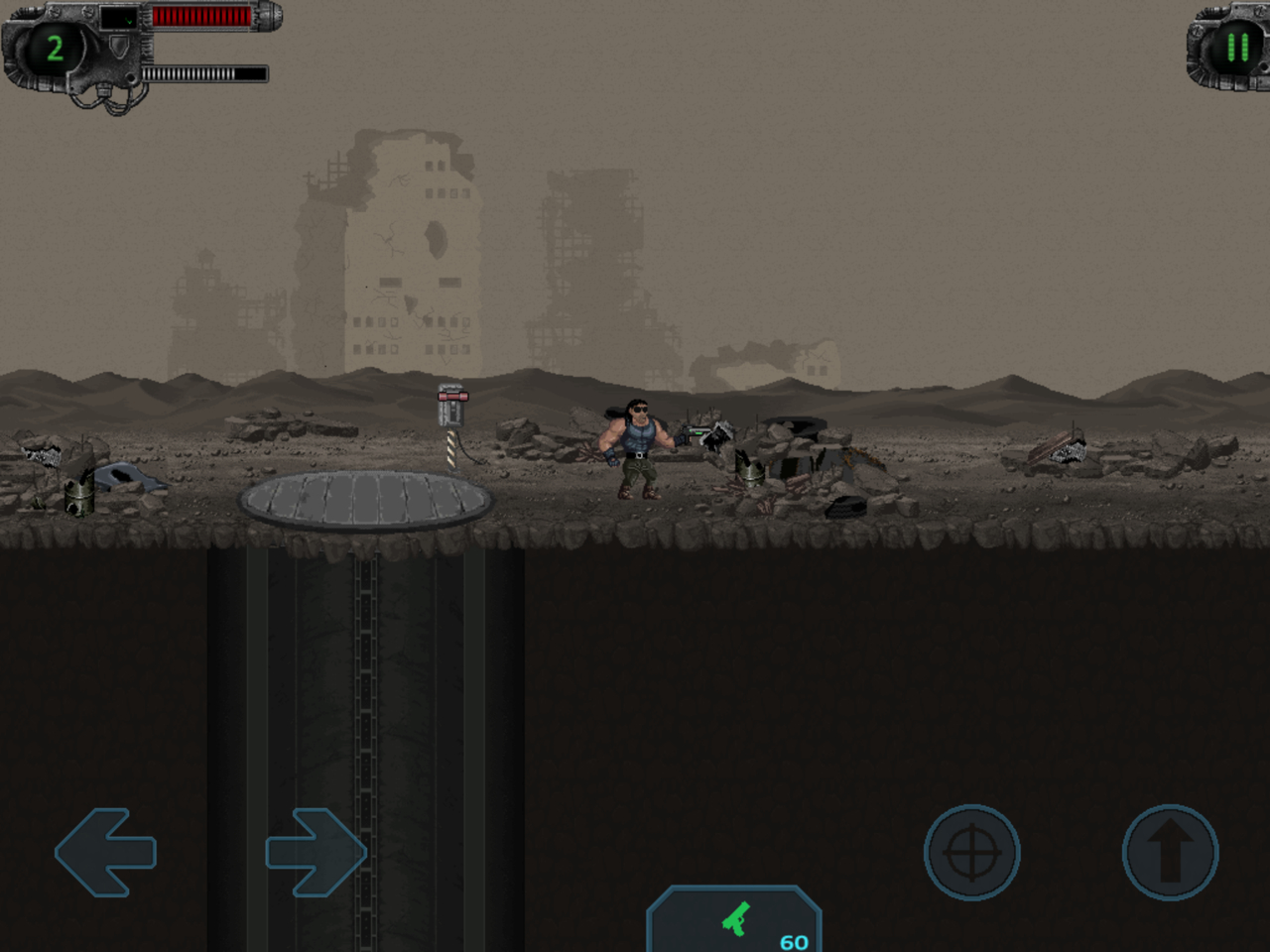 I am one of those whose gaming memories are tied to most 90s RPGs, so when I read the description of Drylands, an upcoming game by Angry Bugs, a two-man development team from Argentina, I was immediately intrigued just like many members of our forums were. The developers describe the game as a post-apocalyptic RPG action platformer with pixel art graphics that draws inspiration from Fallout and Wasteland in its attempt to integrate deep quest systems and RPG mechanics with an action platformer. The game also includes Boss fights, computer hacking, as well as procedurally generated weapons’ stats with various rarities and elemental damage that make for a more strategic combat system. Add to these features a Fallout-like character customization system, where you can choose various character perks such as dual wielding, hacking, and bartering, and also lots of loot and secret stashes, and the game promises more complex gameplay mechanics than most other iOS games. 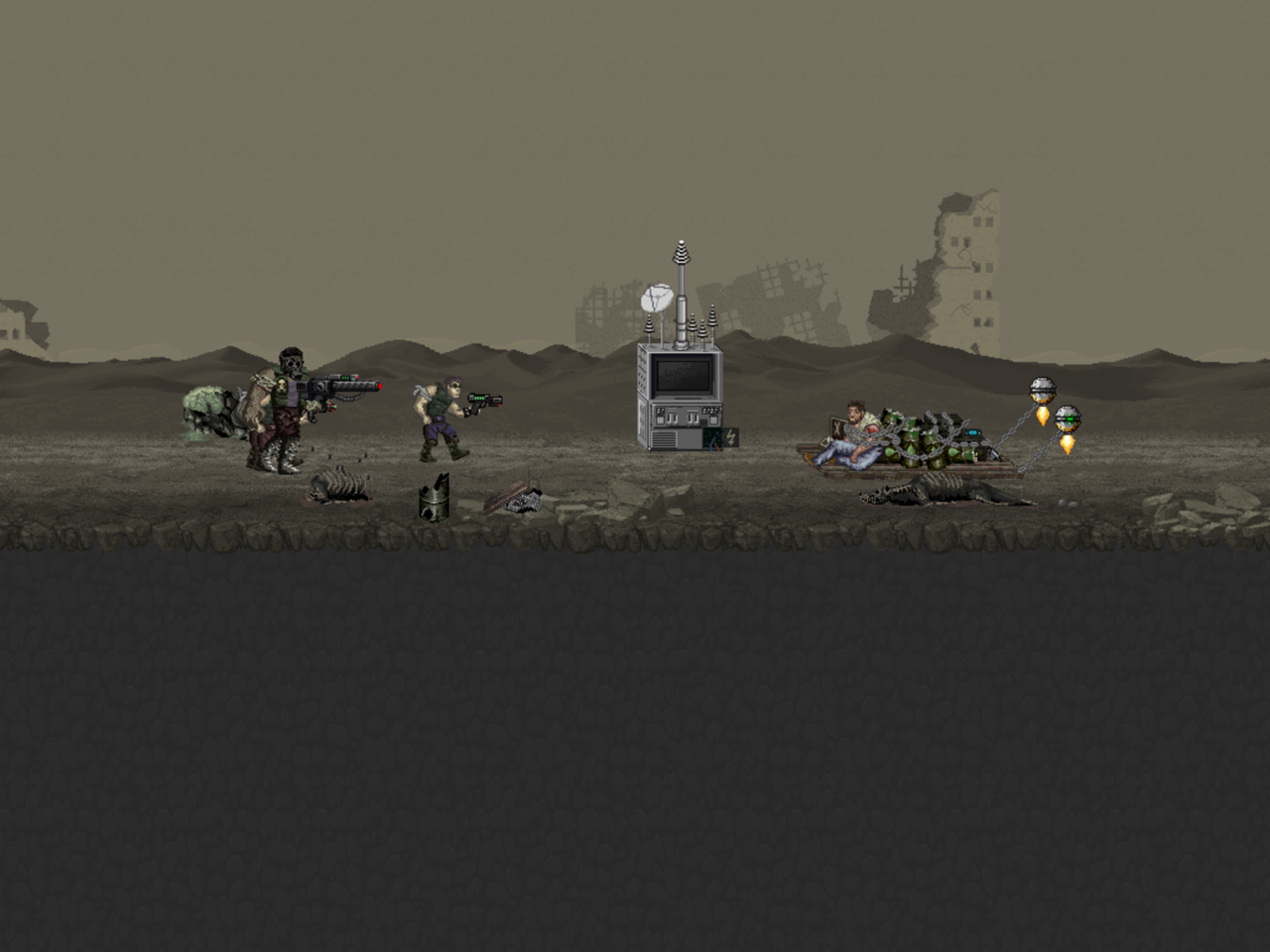 In my relatively brief time with the game, I found truth in the developers’ promises. The pixel art graphics do indeed bring the player back to the 90s, but at the same time they are quite crisp and the whole game runs in 60fps, making it smoother than a game with a 90s aesthetic has any right to be. The story up to the point I played was unveiled quite organically as I discovered snippets of backstory and information about the world’s current state in computer logs and during conversations with NPCs (again, reminiscent of Fallout games). The game doesn’t take itself too seriously, and the many humorous moments might give you a few silent chuckles (my favorite achievement so far is “Piss Off: Get Pissed Off."

So far I’ve had to do a few fetch quests (pretty expected for games of this genre), but at least I was fetching material for a purpose that made sense. For example, I had to find the various components needed to repair the Town Turret so the town could be protected by the raiders. I haven’t had to fetch three of these and ten of those so far, so I’m hopeful that the quest system will avoid these fillers that make RPGs drag. As I mentioned earlier, the character development system is built around various perks that you can level up to make your character play as you want him to. Don’t expect Fallout-depth character customization here, but the perks seem to do enough to customize your experience. The weapon system is also promising as it has an interesting rarity system and also includes grenade and shield mods. 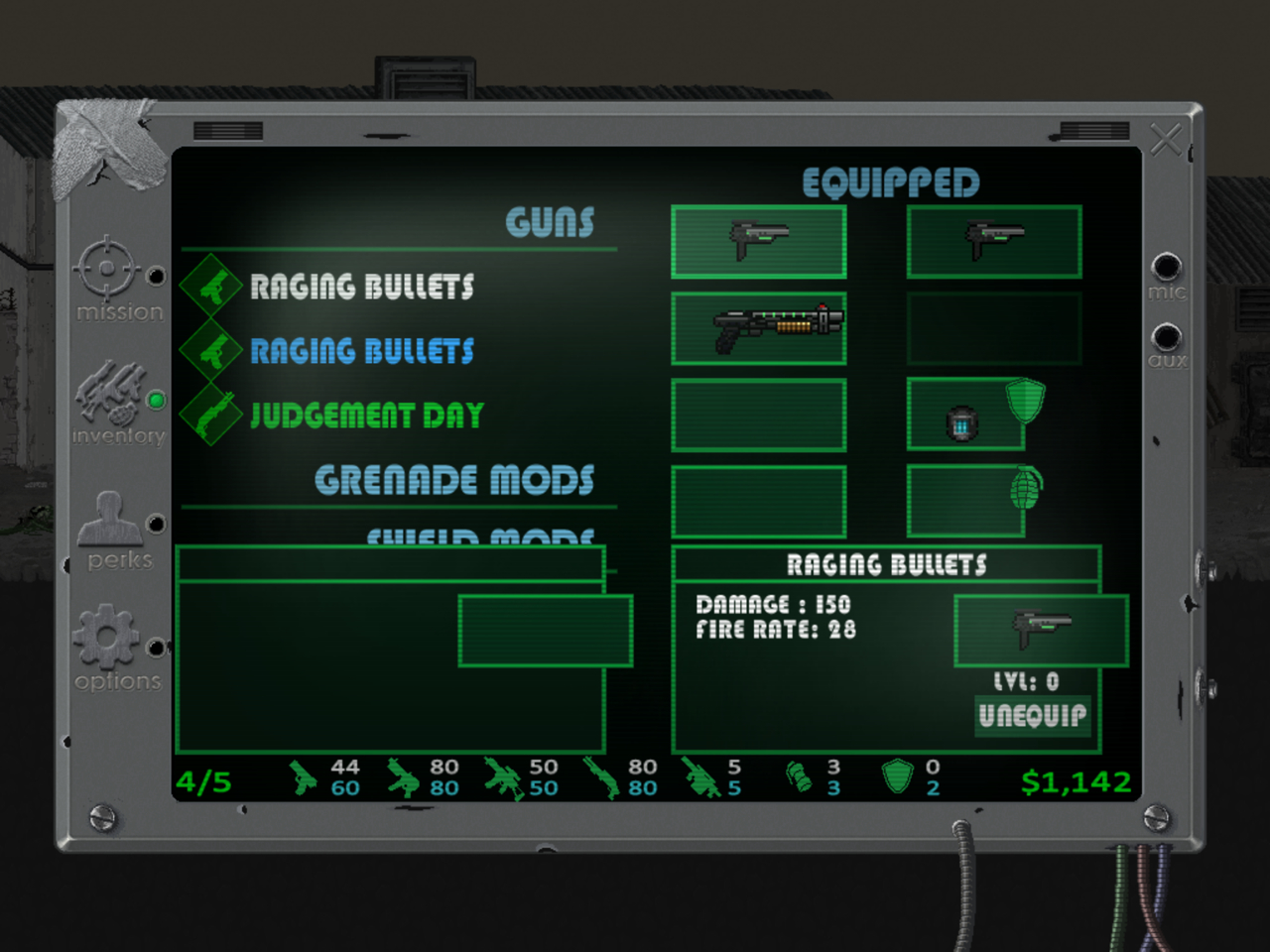 Of course, at the end of the day when a game calls itself an action platformer, it better play well otherwise it just becomes a clunky game wrapped in a wonderful array of game systems. Fortunately, I enjoyed the platforming part of Drylands as the virtual buttons are customizable, responsive, and allow you to control the character quite well. The running and gunning is fun overall, although I sometimes found my enemies to be slightly unpredictable and a bit on the dumb side (they have a tendency to blow things up and then run into the flames as if to sacrifice themselves for my enjoyment). On the whole, though, I enjoyed the platforming part of the game.

If the words Fallout and Wasteland trigger a Pavlovian response, if you enjoy your RPGs with a dash of platforming, or even if you simply want to enjoy a different experience than what iOS gaming primarily offers, you should keep an eye out for Drylands which should be coming to the App Store very soon.