Ryleh Industry’s Chromaticon (Free) is a challenging experience that relies heavily on tilt mechanics and color coordination. In fact, it’s probably one of the more difficult games that I’ve played in a while and borders on being too hard for some players. However, it succeeds in making accomplishment a very cool experience and, when combined with great visuals and cool music, make it a game worth checking out.

Chromaticon clearly falls in that gameplay camp of offering an experience that’s fairly easy to understand in theory but requires a good deal of practice and mastery in order to actually succeed. Stages are divided into two phases: a defensive phase and an offensive phase. During the defensive phase you control a three-colored shield that surrounds your core and you tilt your device to move the shields. Meanwhile, colored orbs are launched at your core and the goal is to match the color of your shield with the color of the orb hitting. Make a match and you earn some points and the orb is dispatched. Miss and your shield loses some energy. Lose enough shield and your core gets exposed and if any orb hits the core it’s game over. 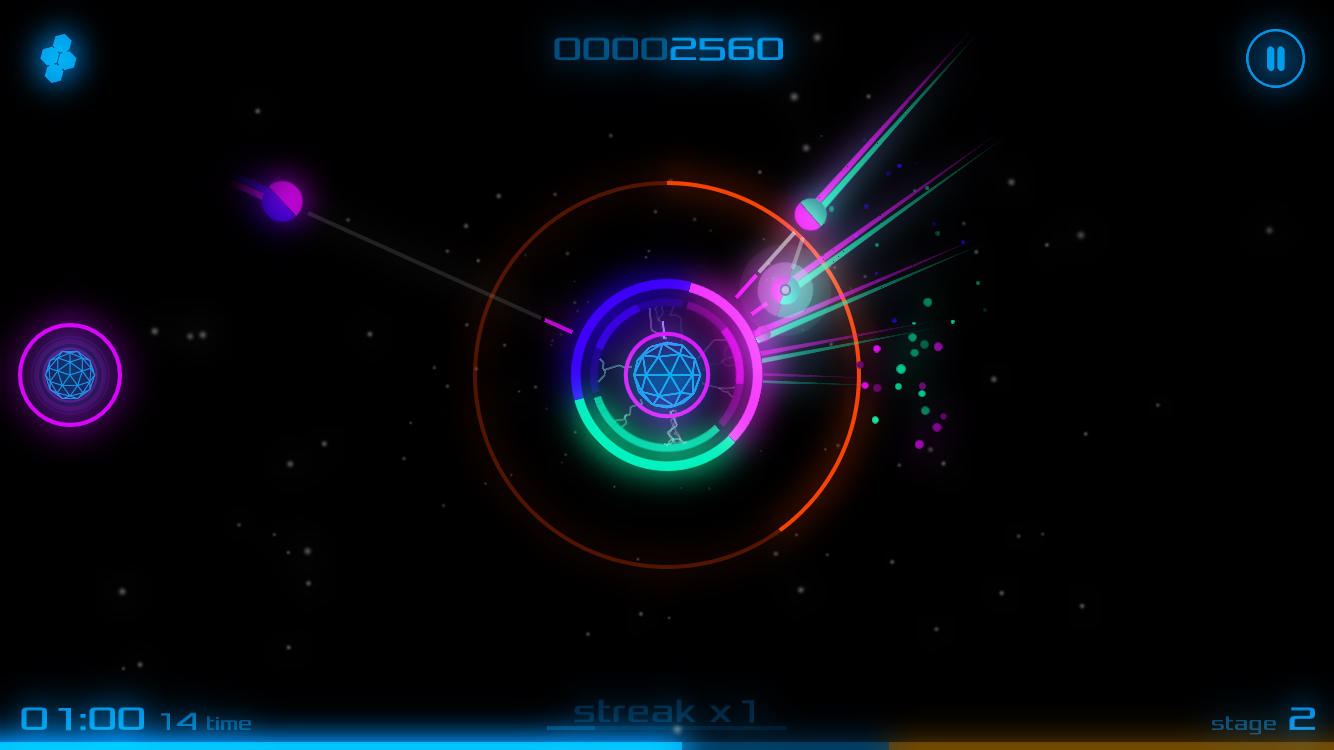 Get through the defensive phase and your core goes on the offensive, launching three different colored lasers out into space. Orbs are still flying at you but now you need to direct the lasers at like-colored orbs to attack and take them out. I found this phase to be a lot harder as it requires a lot more precision to dispatch the orbs. Miss one orb and it’s game over. However, survive this phase and the stage ends with you victorious.  Chromaticon throws a few more elements at you with the availability of power-ups that act as panic buttons, as well as viruses that can cause a variety of ailments such as greying out the screen, making it very hard to differentiate between colors.

Maybe it’s the combination of interesting tilt mechanics along with the precision necessary in the attack phase, but I found Chromaticon to be a pretty difficult game to play. It’s very easy to let a rogue bad color in the defensive phase completely mess up your maneuvering which typically lead to a quick death on my part. The same goes for the attack phase, which I found to be even more difficult than the defensive phase in part due to the aforementioned precision of taking on the attacking orbs. While I did find Chromaticon to be difficult enough to that point where I experienced some frustration, I believe that frustration was due to my inability to adapt and not necessarily to a faulty design decision. 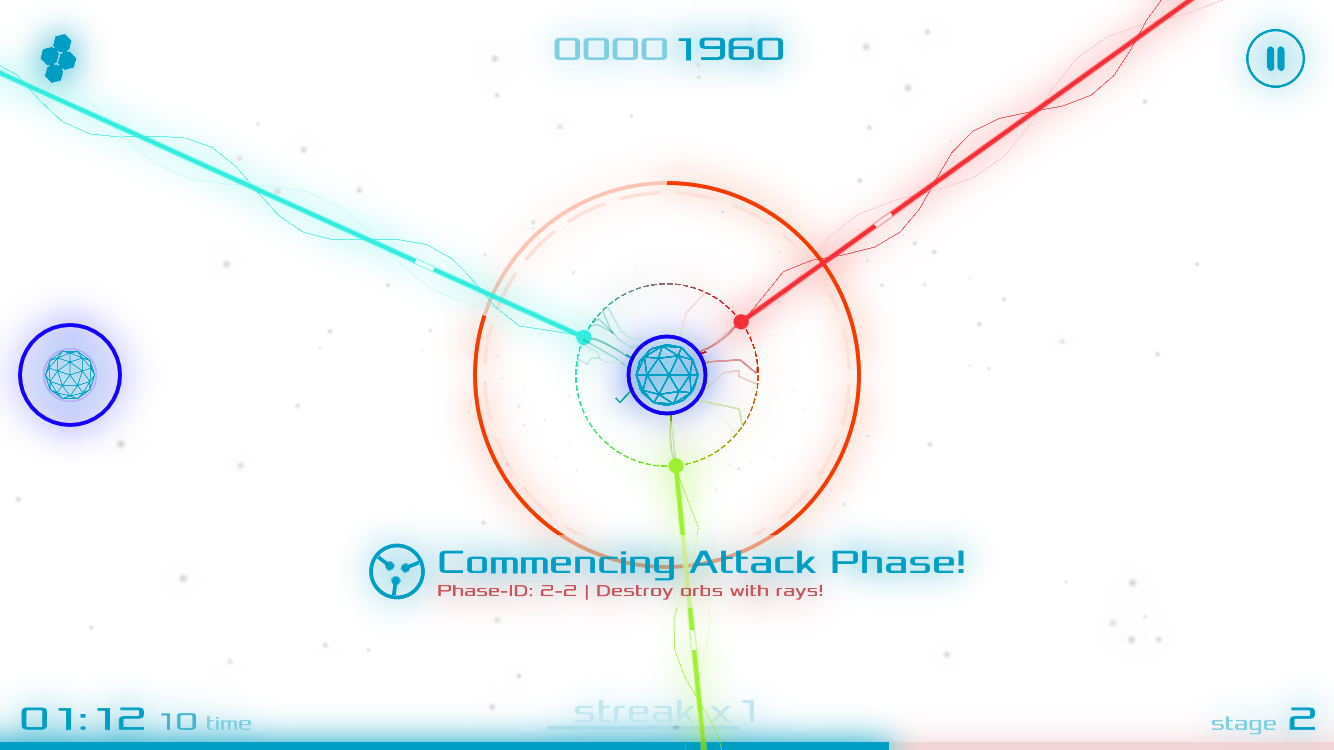 In fact, I’d say that the difficulty lends itself to creating an awesome feeling of accomplishment when you do in fact get through a total stage. While it’s squarely a reflex arcade/puzzle game, I almost found the experience to be reminiscent of rhythm titles in the sense that an entire run is almost like a dance of precision and timing in which every successful move is built upon previous effort. It’s a tough feeling to describe, but the end result is that Chromaticon is one of the most satisfying titles I’ve played in awhile, due in part to how the difficulty integrates with the core gameplay.

Chromaticon also goes above and beyond a great gameplay experience with gorgeous visuals and a trance-like music accompaniment that’s just fun to listen to (seriously, play this game with some headphones). The visuals deserve some extra love, as the developers have gone the extra mile to create night and dark themes for the entire game that are each unique and beautiful in their own way. I also find some of the viruses such as the color blind penalty to be really fascinating as it not only severely impacts gameplay but even gives a glimpse as to some of the frustrations suffered by individuals afflicted with such conditions. Alas, this does mean that Chromaticon is not the most friendly game for such folks. 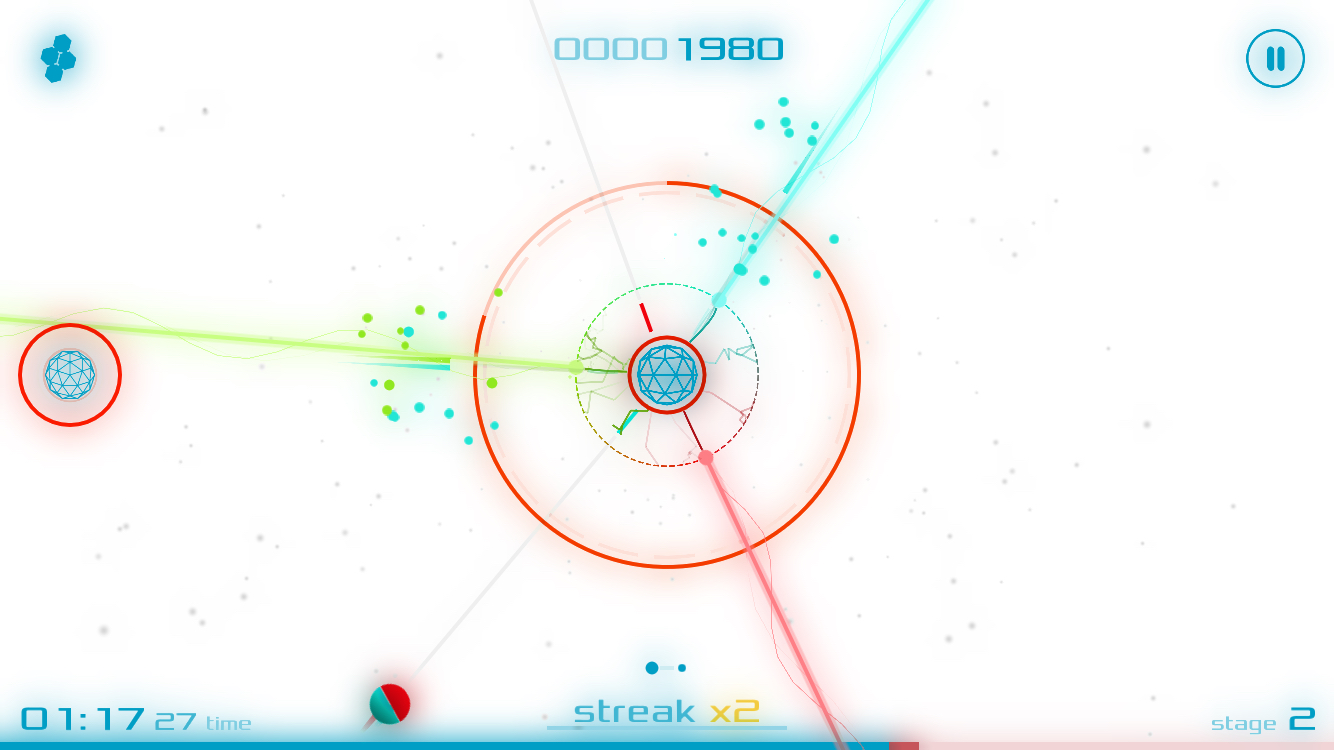 It’s rare for a game to be as difficulty and frustrating for me and yet be so enjoyable to play. Chromaticon manages to strike that balance with me and offers a compelling enough experience to keep plowing along until I can eventually complete that next stage and move on. I think there are a lot of others out there that’ll share my feelings and I recommend that you check it out too.