Last year’s Flappy Bird phenomenon was certainly a sight to behold. People became obsessed with it, playing again and again, just trying to push a little bit farther than their friends. Clones and homages arrived to the App Store by the bucket load, even well after Hodappy Bird (Free) rocked us all with its take. For several months, there was a heavy influence on the entire iOS market from the players to the media to the developers and publishers themselves. Then, partly snuffed out by its own creator, the whole fire just sort of went out and things went back to normal. There were some lasting lessons for those interested in picking them up, however. For one thing, simplicity isn’t a four-letter word. For another, large groups of people actually like games that figuratively smash your thumb with a hammer. You don’t need a slick presentation with this kind of game, since what you’re really targeting is the competitive instinct and tenacity in the face of certain failure that resides in almost everyone. 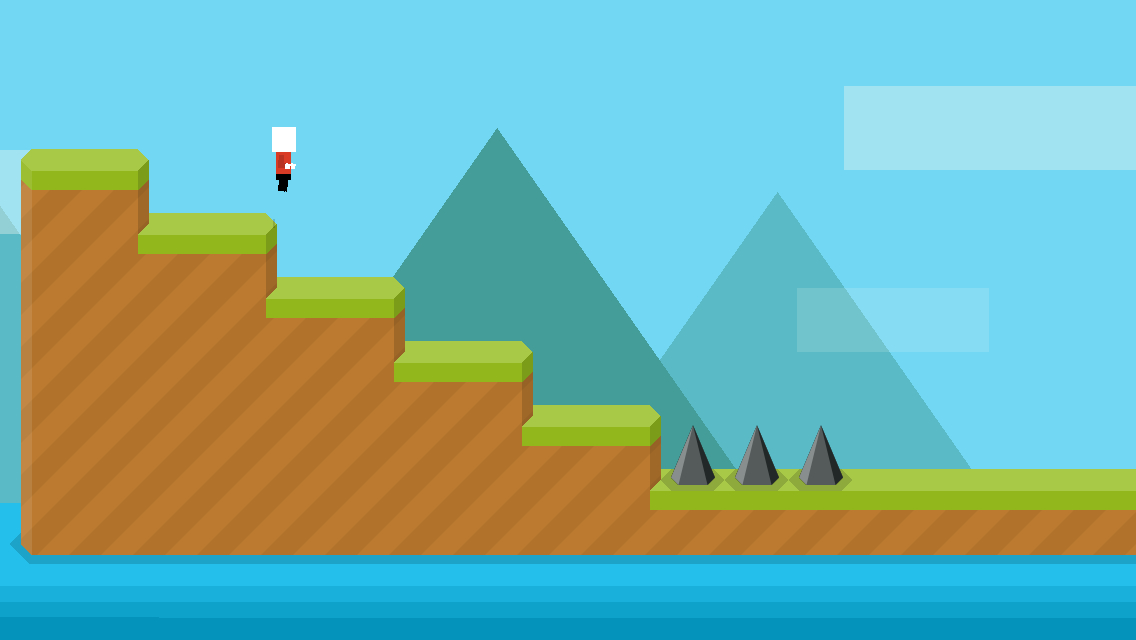 I don’t know if Mr Jump (Free) exists because of Flappy Bird. It probably does, but maybe it doesn’t. This kind of experience by no means started with that game, it simply shined a giant spotlight on that style. Auto-runners have been around for ages, some of them extremely difficult. Plenty of them include jumping, and almost all of them demand strict skills in both maintaining a rhythm and dealing with the unexpected. It’s just as reasonable to assume that Mr Jump was born out of Super Mario Bros. speed runs, Wonder Boy, or even something native to iOS like the sublime Kid Tripp ($0.99). Admittedly, one power-up you eventually come across does make it seem like the game is at least partly inspired by Flappy Bird, but wherever it’s from, it catches the appeal of the genre well. With just 12 stages, it might seem like the simplest thing in the world. The stages are hand-built and finite, making sure the game can’t unintentionally randomly generate something impossible. The character can’t do anything other than jump. This shouldn’t be so hard.

Famous last words, those are, in that strange world of gaming where we can die again and again. Mr Jump is really, really hard. It doesn’t even ease you in, at least compared to other games. You can press the screen to jump and press it longer for a longer jump. You get a few simple jumps to test it out on, and then you immediately need to start being careful about how big of a jump you take and when. The first stage is tough, but I think almost anyone could beat it with a little practice. The second stage introduces a collectible item that, once touched, allows Mr Jump to take another jump in the air. Just once, mind you. With that, the game becomes significantly harder. You need to remember when to take a big jump, when to take a little one, and when to simply fall and let your momentum carry you. You need to think about when you should be using that second jump as you’re still in the air. One mistake and you’re back to the start of the stage, with nothing more gained than a percentage of how far you got and how many attempts you’ve made. Perhaps a little knowledge, if you’re the fast-learning sort. 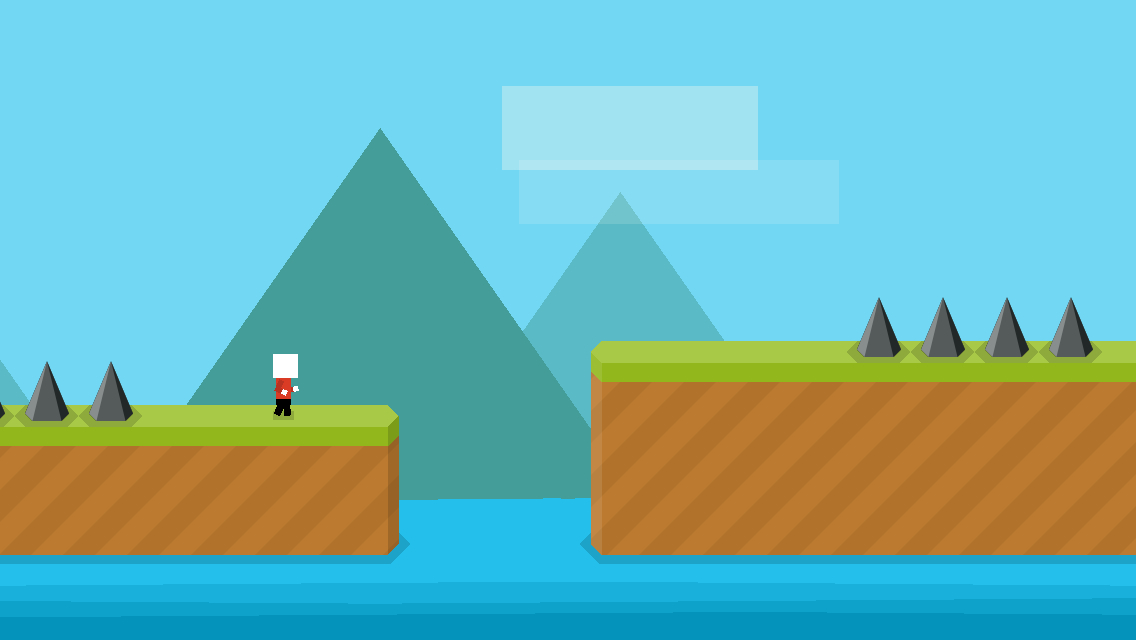 It only gets harder from there, with subsequent stages introducing new twists that raise the difficulty even higher. I’m not going to talk about them much, because a lot of the fun in games like these comes from the game surprising you with those things, but trust me, you’ll be dealing with new hazards and tricks all the way up to the end. The game is beatable with considerable practice, but for a world that wouldn’t look all that large if you lined it up on a piece of paper, the struggle it will take you to gain even an inch of ground is considerable. The game offers an extended hand in the form of an IAP that lets you open up the next level, and only the next one, for $0.99 each time, and I suspect many will be tempted to grab hold of that hand at least once or twice. The rest can either play the game for free with only the occasional ad popping up here and there between attempts, or pay for a $1.99 IAP that removes the ads but not the struggle.

The interesting thing is that unlike many games that followed in Flappy Bird‘s wake, it’s actually worth advancing through the stages here. Not just to see what new challenges lay in store, but also to enjoy the new sights and sounds that each one brings. This game has a surprisingly nice soundtrack, offering as much variety as the stage themes themselves. The graphics are simple but easy to visually digest, and the wide range of locales gives an extra layer of anticipation to completing each level. Importantly, support for Game Center leaderboards is here, the top ranks already littered with members of the TouchArcade forums. There are also achievements, and they made me laugh. Bestowing upon you a single point for clearing each stage, your reward for the Herculean task of finishing the game is a total of 12 points. Since I don’t care much about Game Center points, I got a good chuckle out of that.

Mr Jump has a very specific appeal to it. I’m sure you can tell right away whether it’s your thing or not. If you enjoy frustrating action games where you have to fight tooth and nail to move past almost every obstacle, you’re going to have a blast here. It’s got excellent stage design, a good bag of tricks to keep things fresh, and a simple but pleasant presentation. The collision shenanigans we sometimes see in this kind of game are not an issue here, and it’s a lot of fun learning the ins and outs of the jump physics. Granted, with a maximum score cap, there’s not much to keep you coming back should you master the game, but with how much time that will take even for those who are capable of doing it, I doubt anyone’s going to complain much about that aspect of the game.