I can’t get enough of mining games. Although there are a decent amount of them out in the world, I feel like we still need more. The thrill of digging down deep into the depths of the unknown is unparalleled, and incredibly addictive. Miner Z (Free) might be a more arcade-like experience akin to an endless runner, but it still gets the job done.

The controls are easy enough to grasp, and probably won’t scare anyone away. To dig down, you’ll need to either tap the left or right side of the screen, which lets you descend further down the screen so long as the next bunch of pixels is dirt, rock, or another surface that allows it. If there’s only one path, either tap will work. It’s a scheme that allows full control or mashing, if you so choose, and it’s beautiful. There’s also an optional mechanic that puts actual buttons on the screen if you can’t deal with the invisible ones.

The dig starts off with a bang, as zombies immediately pour out from each side of the screen. Every intro is the same, but the randomly generated terrain is most definitely not.  Things are hectic and fast paced, with constant swipes required to dig further into the depths. Power-ups appear at certain intervals, allowing you to spring traps like dynamite or employ quick-digging drills. While everything is happening a breakneck speed these allow for some tactical depth, as do the extra stage hazards like zombie minecarts. 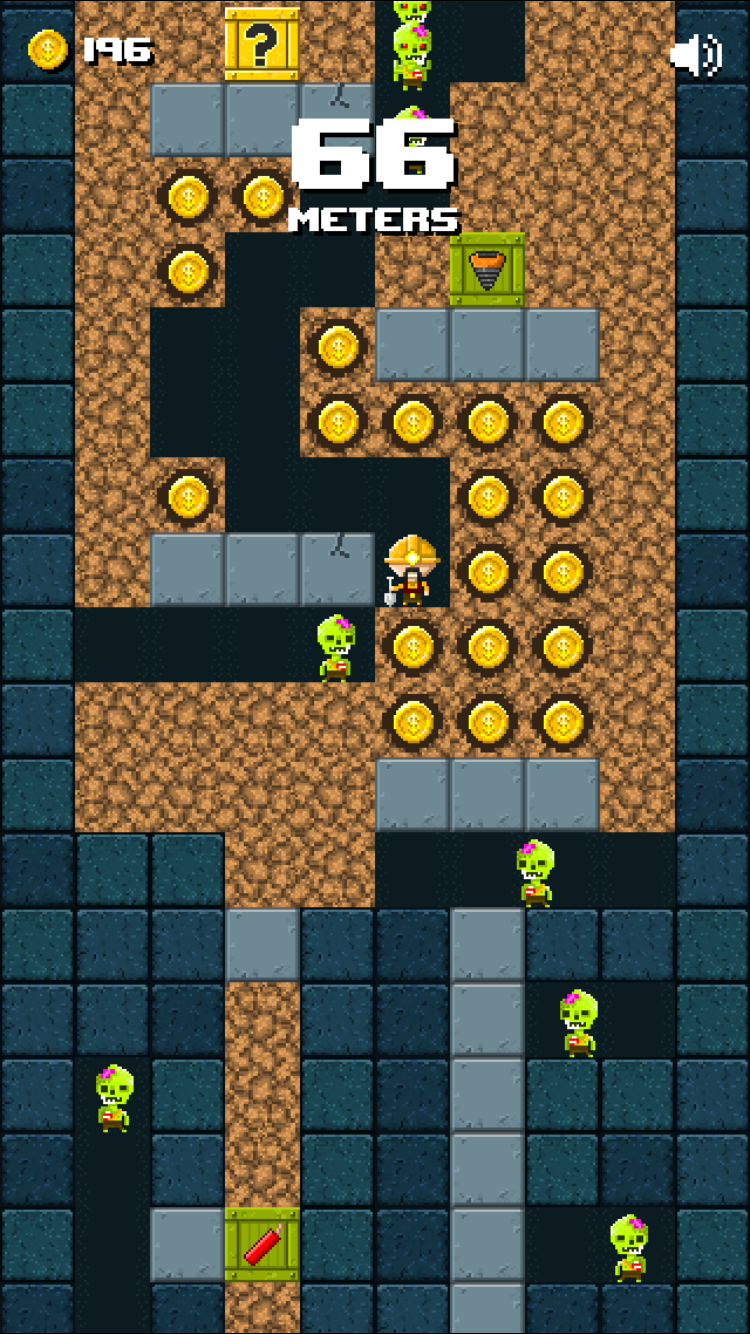 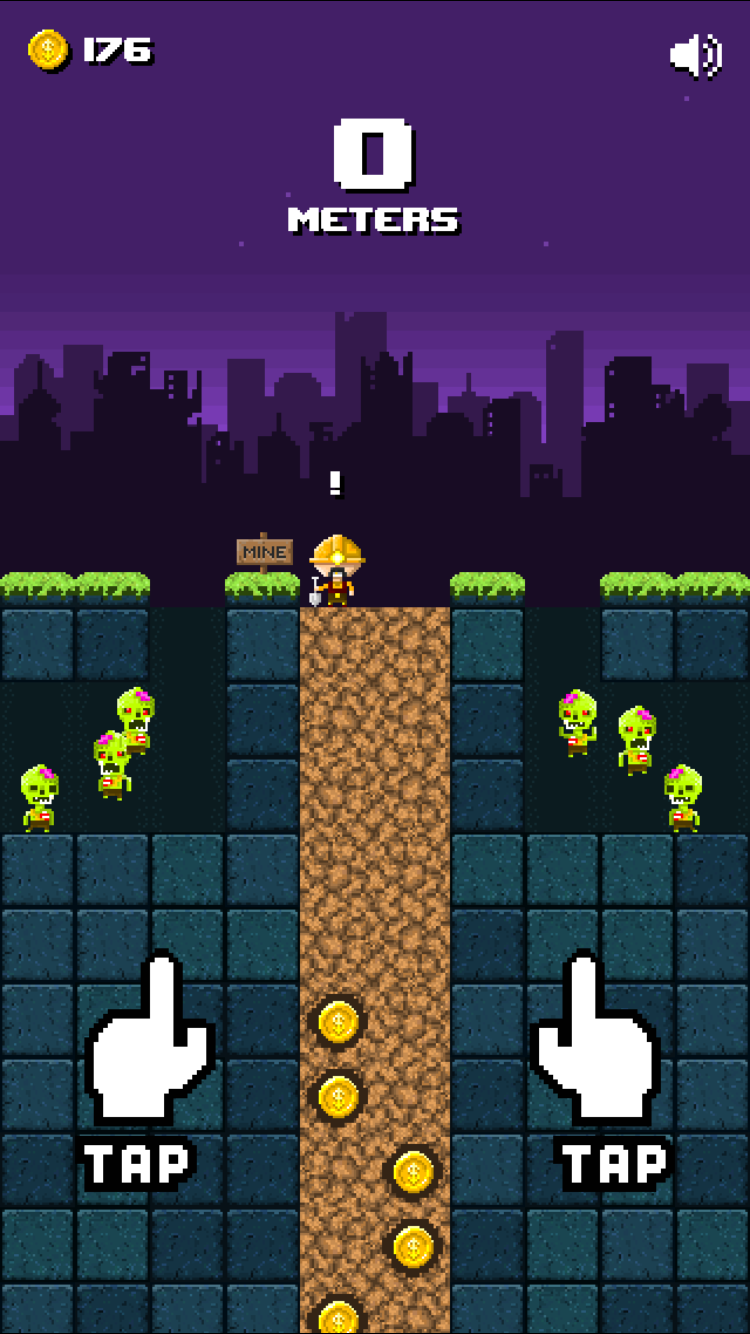 You’ll often have to think fast to decide which path is more desirable at times, and it makes for a fun endless romp when you’re constantly given choices. I particularly like the hesitation involved in lightning dynamite, as you’ll often wait until the last possible moment to blow up your pursuers — of course, there might be newfound enemies lurking below. The retro aesthetic can be a bit grating at times especially once you start to notice that every enemy looks the same, but they facilitate swift gameplay with no slowdown or mechanical issues.

The store needs some work though. It’s tough to look at gift horse in the mouth since it is a free game and most of the IAP is cosmetic, but there’s not enough to justify continuous play unless you really enjoy the core gameplay. There’s an ad-free option for $1.99, but other than that the store is actually pretty barebones, with a scant few power-ups and overpriced costumes.

Miner Z is easily worth picking up for a fun-filled afternoon of digging and zombie routing.  It’s no Mr. Driller, but it doesn’t aspire to be. With its simplistic pick up and play design and well-crafted procedural map, it’s a win-win.