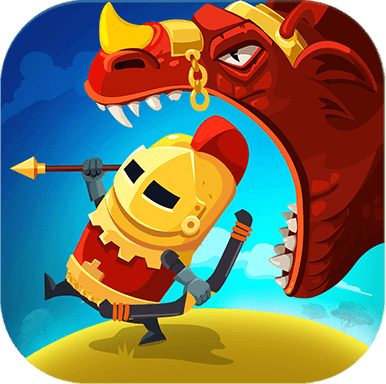 Rebel Twins is one of my favorite iOS developers, and the trailer for their new game Dragon Hills has me all kinds of excited. With their last two games Rebel Twins took some familiar concepts and dressed them up with their fantastic art style. For example, Daddy Was A Thief ($1.99) was essentially a “fall down" game, but with tons of added details and mechanics that made it really stand out. Same with their follow-up title Aliens Drive Me Crazy (Free), which at first glance seemed to be a standard side-scrolling auto-runner but was peppered with moments of platforming and sheer destruction. With both games, it’s really the attention to detail and blending of various mechanics that take them up a notch. Following in that tradition, Dragon Hills takes the “burrow-resurface-eat everything in sight" formula of the classic Death Worm ($4.99) and its mobile homage Super Mega Worm ($1.99) and gives it the Rebel Twins treatment. Check out the trailer.

If you’re a fan of Rebel Twin’s previous work like I am, and you enjoy the Death Worm/Super Mega Worm formula, then you should definitely be excited for Dragon Hills too. There’s no word on a release date just yet for Dragon Hills, but it sounds like it’s not too terribly far off. You can sign up on the game’s official website to get an email notification when it’s launched, or you can hang around in the forum thread as I’m sure more news will be dropping there soon enough as well.