There’s an inherent joy in playing around with physics. In life, some of our earliest interactions with the external world involve playing around with physics to get a feel for the rules of reality. Even as fully-grown, educated, theoretically wise adults, we still get the urge to use our coffee spoon to launch the creamer at the person sitting at the table on the other side of the restaurant, just to see if we could. For a long time, games weren’t terribly good at recreating satisfying physics along with all the other bits we tend to want in a game. There just wasn’t enough computing power, time, or resources in general, and it wasn’t a high priority. I maintain to this day that the reason Sonic The Hedgehog hit as powerfully as it did was due more to its solid physics engine than anything else. Any old character can go fast, but Sonic not only made us work for it, but also let us see the consequences of that speed. It wouldn’t be until several years later that putting realistic physics into a game became a popular thing to do, but once it did, it broke things wide open.

Although just about every genre benefited to some extent from that, puzzle platformers ended up building a cottage industry around fooling around with the laws of nature. It’s not surprising they’ve proliferated on PC, given the platform has usually had processing power to spare, but it is a bit unexpected how well they’ve flourished on iOS. Puzzle platformers often have notoriously slim margins of error, and touch controls that attempt to ape traditional control set-ups are themselves notoriously prone to error. I think the very best puzzle platformers on iOS have found another common thread with the classic Sonic games by having the player’s character roll around. We tend to associate a certain inertia with rolling that helps cover up any lack of precision that might occur. So it is that on the App Store we have puzzle platformers starring punctuation, a naked guy on a bicycle, and other such strangeness. Well, we can now add a size-changing wheel to the mix thanks to iO (Free), a somewhat straightforward but still quite enjoyable rolling PC port. 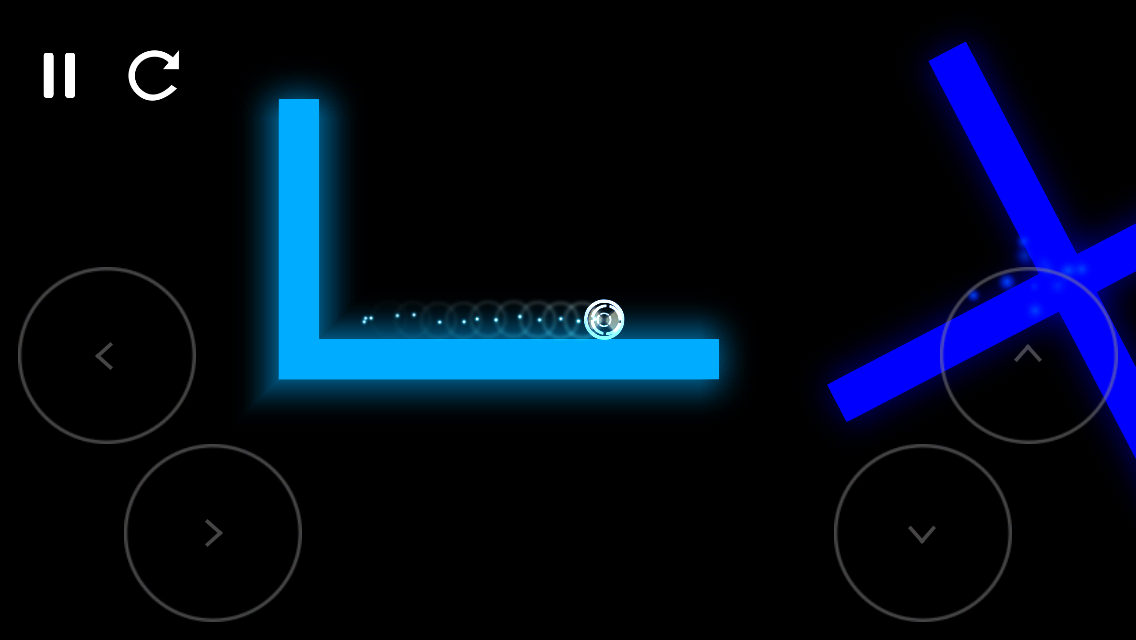 iO uses a lot of familiar beats. In each of the game’s 150 stages, you need to safely guide your little wheel to the exit. You can move left or right using virtual buttons on the left-hand side of the screen, and you can increase or decrease your size by tapping buttons on the right. Changing your size not only affects your physical dimensions, but also changes your mass, allowing you to increase or decrease your momentum as you see fit. This ability is something I don’t think I’ve encountered before in a puzzle-platformer on iOS, and it’s a pretty neat trick. I wish that inventiveness extended to the obstacles and gimmicks the game makes use of. A well made stage is a well made stage and all, but I don’t get quite as excited by the prospect of portals and gravity flips the way I used to. Nevertheless, the combination of these old and familiar elements with the novel size-changing ability makes for plenty of interesting challenges and new techniques to learn.

Like most games that make heavy use of physics, there are often many ways to clear a stage in iO. I’ve praised this before in other games and I’ll do the same here, because there’s nothing quite like the feeling of cleverness you get in games when you think you’ve found your own special way to the goal. The game capitalizes on this by timing your run and awarding medals based on the result. Not only does it provide replay value by challenging you to beat your best time, it also allows the game to hint at unconventional ways of clearing a level. If you see a big gap between the target time for the gold and silver medal of the same stage, you know there’s some kind of interesting trick to discover. The stages are just complicated enough to encourage this kind of curiosity, while still being short enough to clear in tens of seconds rather than minutes in most cases. 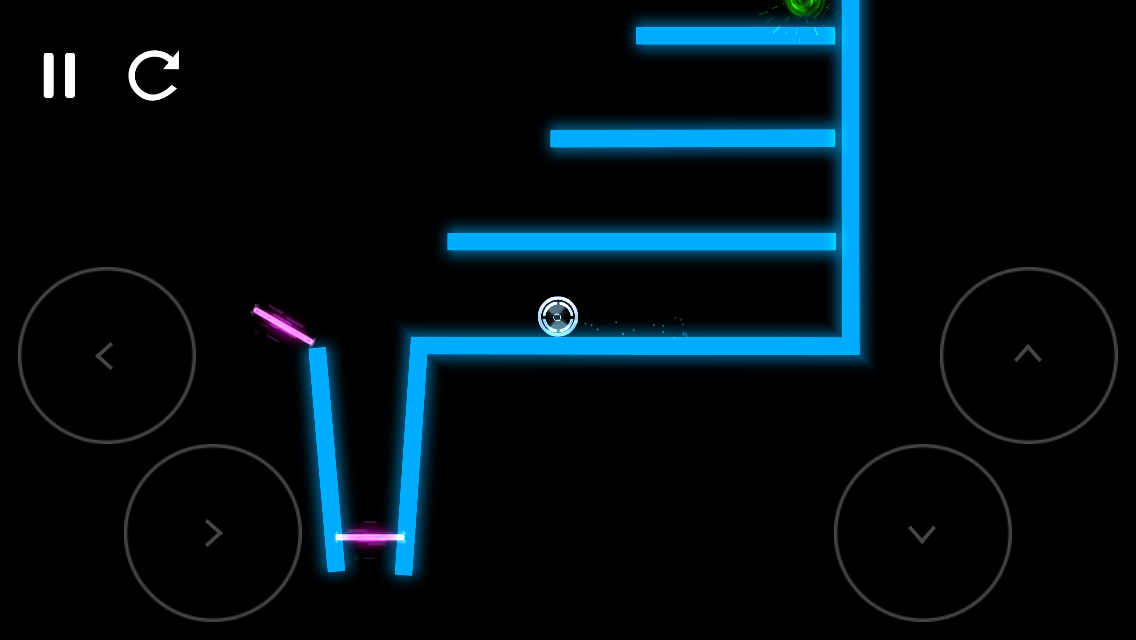 The game offers tons of well-designed stages and has no IAP, offering up plenty of bang for the buck. If you’ve enjoyed any games using a similar concept before, you’ll have a good enough time here. Still, I can’t help but feel that iO is missing a certain something. Perhaps owing to its visual design leaning hard on a somewhat tired theme, it lacks character. New obstacles are introduced as you move from level pack to level pack, changing up the gameplay all throughout, and yet it never feels like you’re making progress. It doesn’t help that, as I mentioned before, all of iO‘s tricks are old hat for the genre. The size-changing thing is great, but once you’ve familiarized yourself with it, you’ve seen everything new the game has to offer. The combination of each of these old toys with this unusual mechanic technically produces new experiences. But instead of feeling like the game is throwing new pitches at you all the time, it comes off more like the same old routine, just with you holding a different bat.

While it’s lacking a certain zip that would help it stand out from the crowd, there’s no question that iO is a solid game stuffed with well-designed content. The size-changing mechanic is well-exploited, forcing you to think inventively and practically if you want to score golds on all but the earliest levels. I had a lot of fun making my way through the game, and there are plenty of tough stages that might have you reaching for the included skip button. It plays nicely, and even offers up Game Center leaderboards for each and every level to give you plenty of competition to chew on. It’s not going to rock your socks off with its style or innovation, but for those who enjoy playing with balls, iO has plenty to show you.