A couple days ago we posted about Nintendo bringing their first “Candy Crush style" free to play game to the 3DS eShop. If you’re new to all this, here’s the gist- Nintendo has been cautiously ever-so-slightly dipping their pinky toe into the free to play pool on their platforms, and Pokemon Shuffle is the first game where they just say screw it and yell “CANNONBALL!" before jumping in. I’ve spent the last few days playing it, and it’s a very weird fit for the 3DS but a perfect fit for mobile. 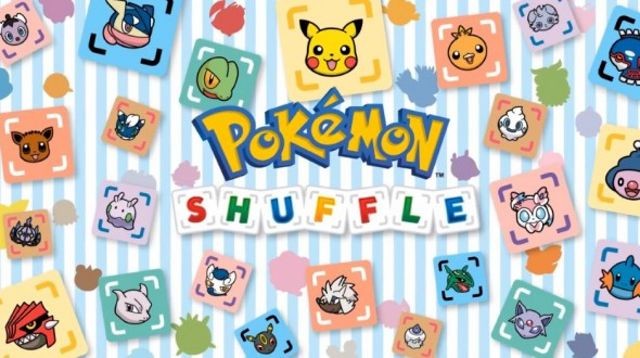 In the game, you do what you do in all Pokemon games: Catch and level up Pokemon. The way you do it is more similar to Pokemon Trozei in that you’re moving around Pokemon tiles and matching them in pairs of three or more. Like Candy Crush, each level has a maximum amount of moves you can make, and you’ve got that many tile swaps to make enough matches which in turn damage the Pokemon you’re fighting to the point that you can capture it. It’s a clever mechanic, and works pretty well, particularly with the integration of bringing your own Pokemon into battle.

See, when you capture a Pokemon, it gets added to your roster of “support Pokemon" which you can choose from before each level. This brings Pokemon’s elemental strength and weakness system into play, as you’ll want to have a ton of Pokemon captured in order to make sure all four of your support Pokemon you bring along are doing maximum damage to the enemy Pokemon with each match. Rinse, repeat, and wait for your lives to regenerate and that’s Pokemon Shuffle.

The more time I spend with it, the more sure I get that this game has to eventually come to mobile. Just by playing it, and with the overwhelming negative reaction to the game by Nintendo gamers, it feels more and more like the 3DS is the wrong platform. Free to play timer based games work so well on mobile because your phone is always in your pocket, buzzing and reminding you that your lives are refilled. More importantly though, the game seems designed in a way that utilizes absolutely nothing that makes it a 3DS specific game. 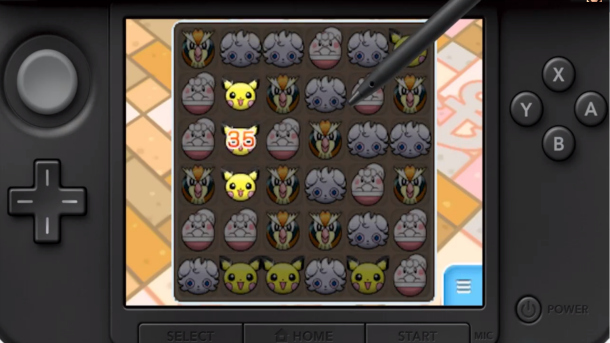 If you’ve got a 3DS, you likely know all the telltale gimmicks that specifically make something a 3DS game- A bunch of 3D eye candy on the top, spread across the entirety of the widescreen display and a supplemental UI on the screen below- Often with precise touch points that require the stylus. Oh, and of course some kind of reliance on the physical controls the 3DS comes loaded with as well. I mean, it’s part of what makes building a console game great: You know exactly what hardware people will have, and how they will interface with your game, so you just go nuts inside of those constraints.

Pokemon Shuffle does none of that. It’s built in a way that utilizes none of the 3DS features, almost to the point of it being weird. The UI is laid out in a way that’d work on a single screen portrait mode device, all the touch points are large enough for a finger, and the top screen stuff doesn’t even have any kind of 3D associated to it when you diddle your 3D slider around. The online “Check In" system doesn’t fit what is typically seen on a Nintendo system either. When you play Pokemon Shuffle, it doesn’t take long before you’re thinking “Wow, this isn’t a 3DS game this is a smart phone game."

By now you’re probably thinking, “Well hold up a minute, Pokemon is a Nintendo thing, and there’s no way in hell we’ll ever see a Pokemon game on the App Store." While that’s likely true for the “main" Pokemon lineup like Pokemon X, Pokemon Y along with the recently released Pokemon Omega Ruby and Pokemon Alpha Sapphire… There already are Pokemon games on the App Store. Remember, The Pokemon Company is a weird beast jointly owned by Nintendo, Creatures Inc, and Game Freak. On the App Store already is Pokemon TV , Camp Pokemon (Free), and Pokemon TCG Online (Free). How out of place would Pokemon Shuffle really be?

The answer, at least in my eyes, is “Not at all." Arguably, Pokemon Shuffle makes way more sense on the App Store than it does the Nintendo eShop. I suppose we’ll just have to wait and see, but, like I mentioned earlier this week, keeping an eye on what Nintendo is doing seems to be the favorite spectator sport of mobile gamers… So pull up a chair on this one.