I admit, when I first played Radical (Free) from BeaverTap Games, I was a little disappointed that the team that made the wonderful Mikey games were aiming a bit lower with this game. But really, the more time I spent with it, the more I found that they had made a clever game that lived up to their standards while at a smaller scale in terms of design and visuals. That they made a smaller game like this was interesting enough to me – and I think that in part from the fact that it’s made by interesting developers who know how to make a game, the game is well worth checking out. 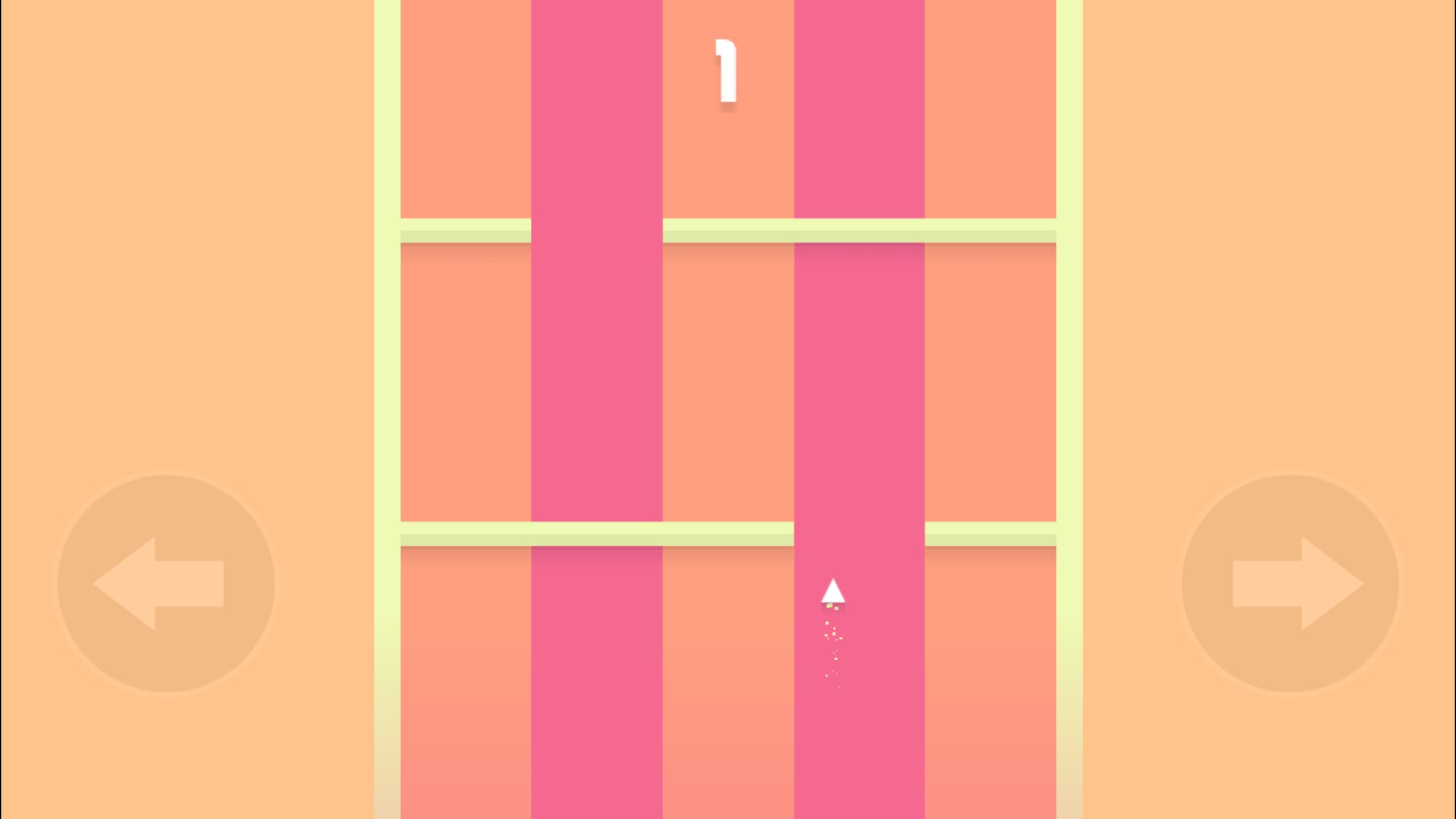 The goal of the game is quite simple, you control a plane constantly flying upward, and must make it through the open one of the five columns that’s right ahead of you. The game isn’t lane-based per se, as you have granular control of your ship, you can just hit the edge of an opening and lose, for example. There are two modes: normal, and hard, with the latter being much faster, and you can continue from where you died by watching a video ad.

The cleverness of Radical isn’t so much about rapidly trying to survive as much as it is about learning how to consistnently survive according to the rules, as you can only fly so far in one direction before hitting a wall, and there’s always a wrong choice to be made. Gaps can open up one column away, two columns away, or warping through the other side of the screen, and you have a split-second to decide which direction to go in. You’re constantly on edge as the game world goes flying by, always analyzing the situation at hand and reacting accordingly.

The game requires physically performing well, but you can learn this game to a certain degree. You know that when you see the side walls disappear, you have to go to them. You learn that you can only move two columns at a time, that if you try to go the long way, it always fails. The game teaches you how to do well in a subtle way. You’ll fail painfully when you hit walls, but as your scores increase, you’ll realize you’re doing things the right way.

Radical supports both portrait and landscape mode. While the game probably isn’t the best one-handed game, the portrait mode is great because it’s the natural fit for the game’s vertical scrolling. Plus, maybe when you’re in public, you might not want to broadcast to the world that “hey, my phone is sideways, I’m playing a game!" It’s silly, but a concern for some people! But if you are wanting to sit back and play the game in landscape mode, which is more comfortable for gaming, you have that option. It’s part of what made Crossy Road (Free) fun, that you could play it however you wanted, and Radical does the same. 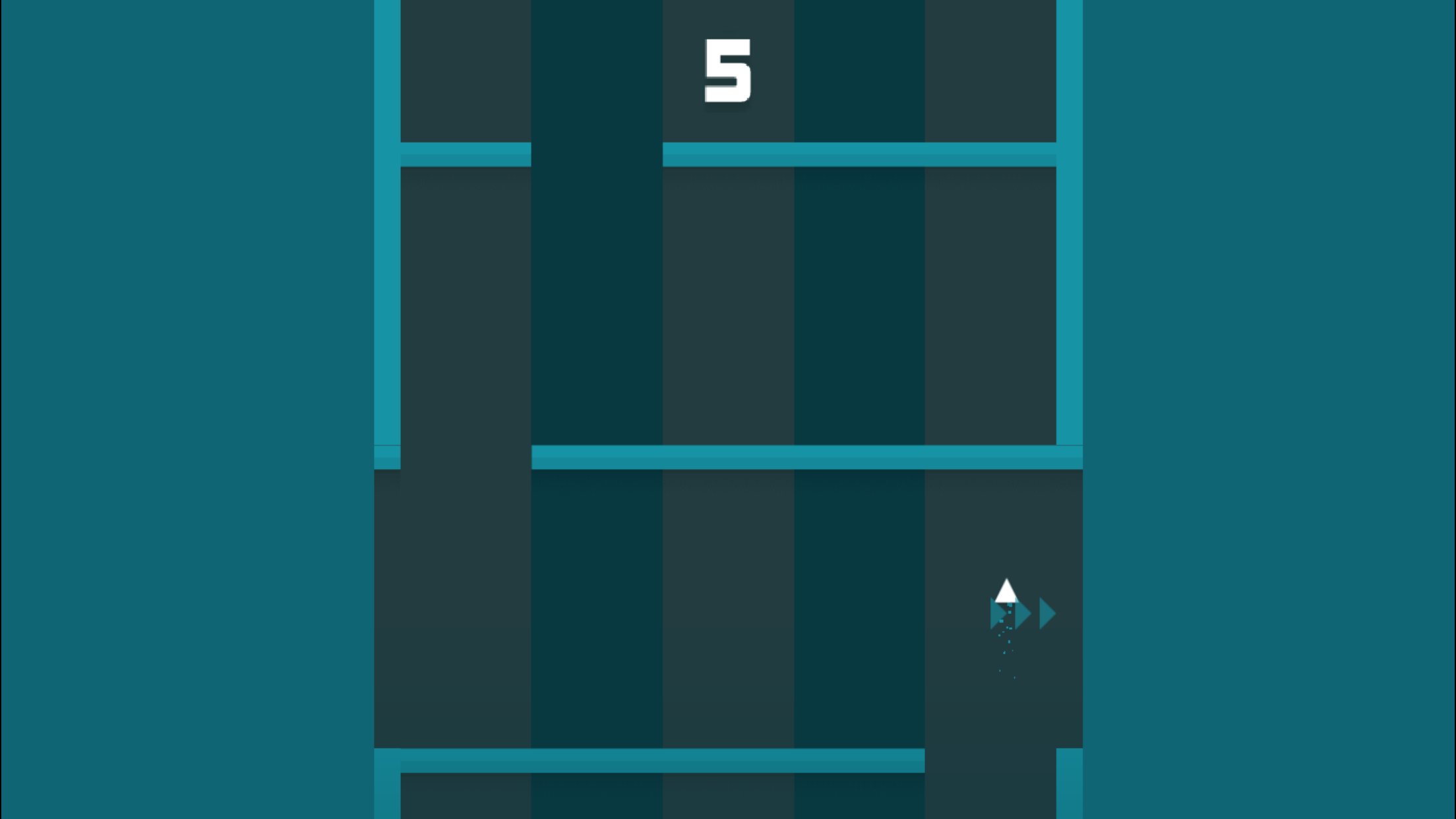 As mentioned earlier, you can continue in Radical from where you died by watching a video ad. I like seeing an incentivized ad system like this in place because they’re a great compromise for users and for developers. Developers can make games that don’t monetize off of consumable IAP (which many take issue with) while also taking advantage of the use of advertising to make money. Users don’t get bombarded with unwanted ads (the game does use some pop-ups, but not often), and get a reward in return, in this case the ability to continue from where I died.

While I’d ideally like to see a buy-out for those who want them, there’s issues with purchases and showing an in-app purchases badge on the App Store that can turn people away, so I understand. Getting a continue for watching a short ad is a fair price to me. I like that the game only prompts for ads when you hit 20 or more – it means the game doesn’t want to waste my time after bad runs. I’ve yet to hit an ad supply limit, which is nice, too. I don’t want my gameplay affected by the fact that I’ve hit an ad limit, ideally. But the system in place is far from awful. Incentivized ads are ultimately a good thing for everyone. And there’s no other free-to-play guff like timers or whatnot here. 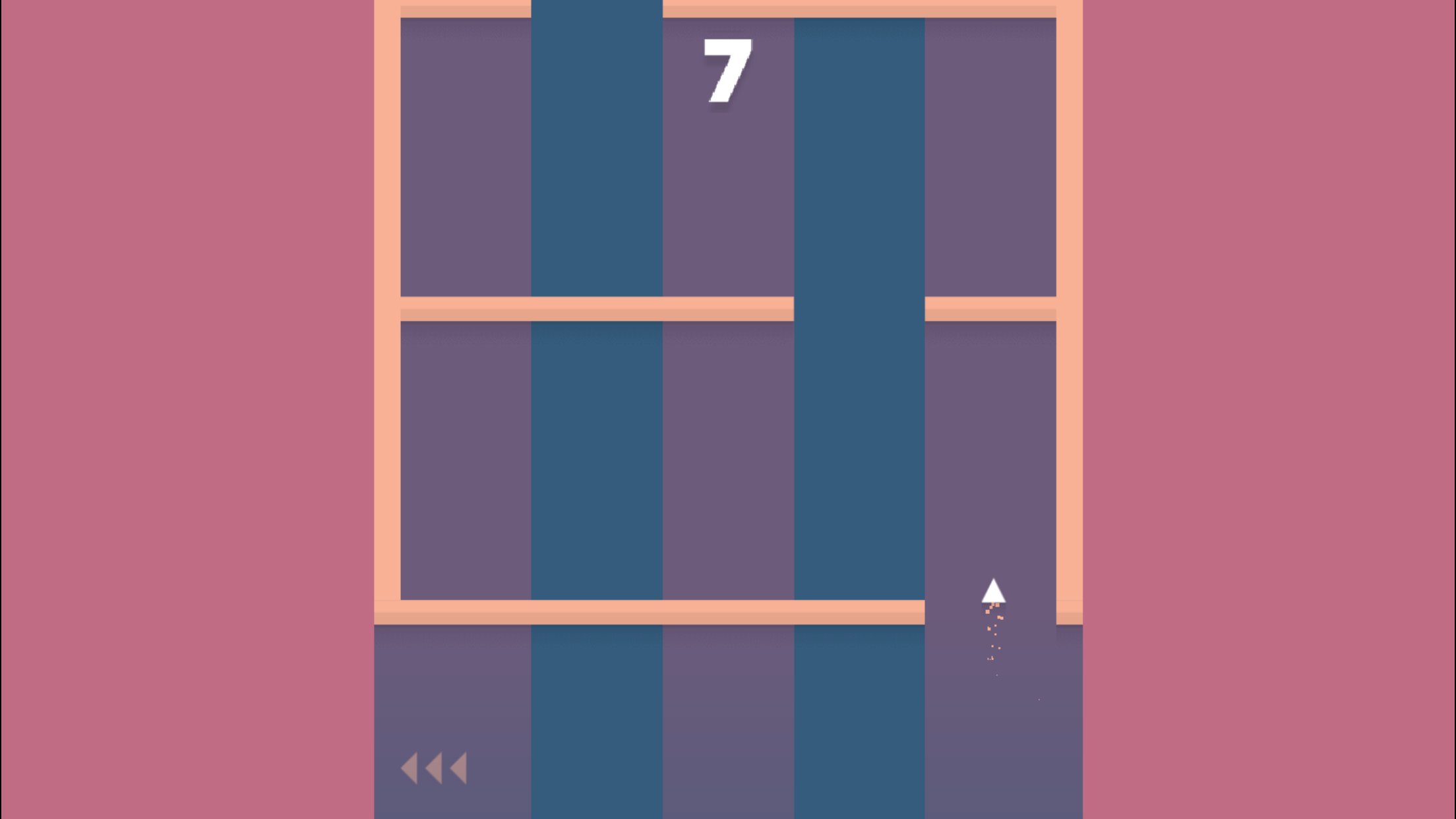 The changing color backgrounds add a little element of surprise to each game without being distracting by only changing before each round. You never quite know what the game is going to look like next. I like that, as it keeps the game from looking static or boring, and while some of the color combos are kind of ugly (green and brown), some of them come together wonderfully. It’s just a small feature that keeps things interesting.

Radical does a great job at making its Normal and Hard modes each fun to play. This was always the Tilt to Live 1 ($2.99) problem – they struggled to keep the slower pace of the normal mode interesting once someone got acclimated to the harder Code Red mode. While Normal mode starts off a bit slow compared to Hard mode in Radical, it’s never easy at all, you have to pay attention, but can get a bit more comfortable at the relative ease. If I want something I can just jump into right away, then I can go into Hard. But Normal has its value as well.

I’m not going to sit here and call Radical an absolute must-play that you’re going to sit back and play for hours on end. No, but it is a stellar example of a simple game that you can enjoy for five minutes at a time, when you want to beat a friend’s high score. The masters of speedrun games know their way around casual arcade games as well, and that really excites me because I desperately want to see what BeaverTap does next, because it’s sure to be interesting and good as well.