Man, what is the deal with Sensible Soccer? That game is popular for its top-down soccer play and two-button controls, a formula that I see a lot of other soccer games try to replicate. The latest is Active Soccer 2 ($1.99), a soccer game that I wish would try to break free of the two-button limitations, though I do find the soccer action to be quite entertaining here. 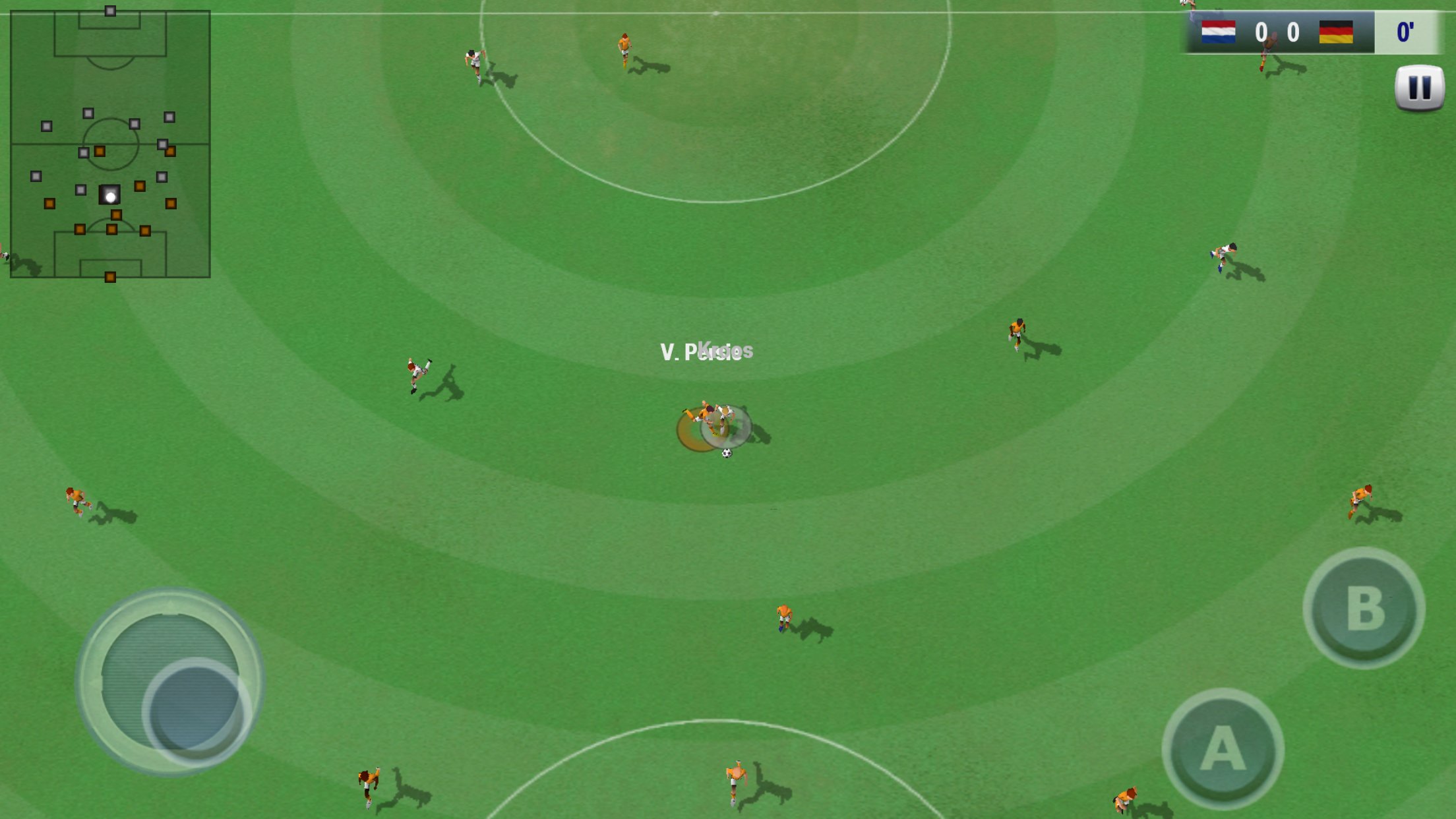 As in the tradition of Sensible Soccer, everything here is controlled by two buttons. There’s a joystick to move, and two action buttons. They’re very context-dependent, but the A button on offense is generally for shots and long passes, the B button for short passes. On defense, the A button slides, with slide tackles being dangerous plays that can net you fouls or bookings. The B button is a little more subtle, but it can be used to steal the ball, or to kind of trip up the opponent and get the ball back. Do play the tutorials – they don’t really explain defense, but they explain just how the offensive controls work and tell you about one-two passes, a useful tool on offense.

The joystick can also steer the ball after a shot, though this is difficult to aim. With practice you can apply just enough English on to shots to be effective. There’s the ability to sprint, but it’s foolishly controlled by double-tapping the joystick, making the actual execution of it more difficult than it needs to be, and possibly not even worth doing as you may stop before sprinting briefly. This is where a third button would come in handy. Heck, the entire game feels hamstrung by its two-button controls. Player switching, for example, is handled automatically, and occasionally leads to awkward scenarios where a player will switch constantly back and forth as you go for the ball, seemingly based on who’s closest. You can learn to work around it, but it’s still a goofy method. 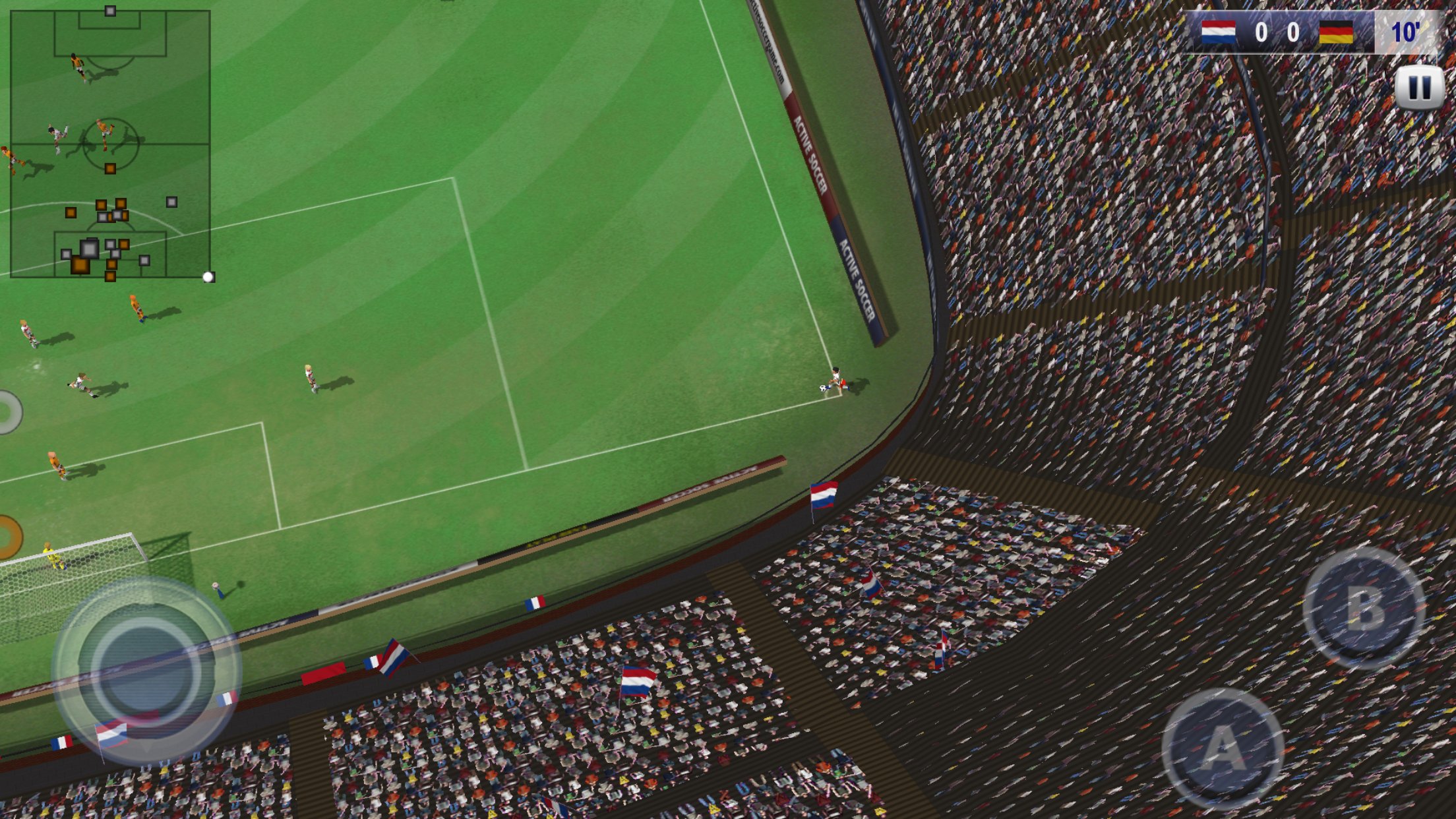 The game lets you choose the visual settings for your device – if you have a recent device, make sure you set the game to 60 frames per second. Make TotalBiscuit proud. The interface isn’t pretty but it is utilitarian, while the tablet options make menu selections a bit too small on the iPad Mini 2, you can adjust them up to phone resolution, no problem, though you’ll have less info on screen for game menus. There are support for both MFi gamepads and even iCade-compatible ones, though the former seem to have some delay issues that made my SteelSeries Stratus unusable. I think you lose a little bit with the digital-only iCade controls, but it’s not really bad to use it, even if it feels like we’re back in olden times again.

Active Soccer 2 does have a team editor, but it’s not what you’re expecting. As all the players are ostensibly representations of real-world players, but the game lacks a license, all the vowels in the names are transposed through a simple substitution cipher. The team editor menu allows you to swap a vowel for another. So, cross-check some of the names, figure out the cipher, and boom, you suddenly have rosters full of accurately-named players. Some of the switches are funny: The Netherlands’ Arjen Robben is Rubbin in this game before you fix it. I mean, I wouldn’t be surprised if some angry FIFPro lawyers made a call to the developer at some point about this one… 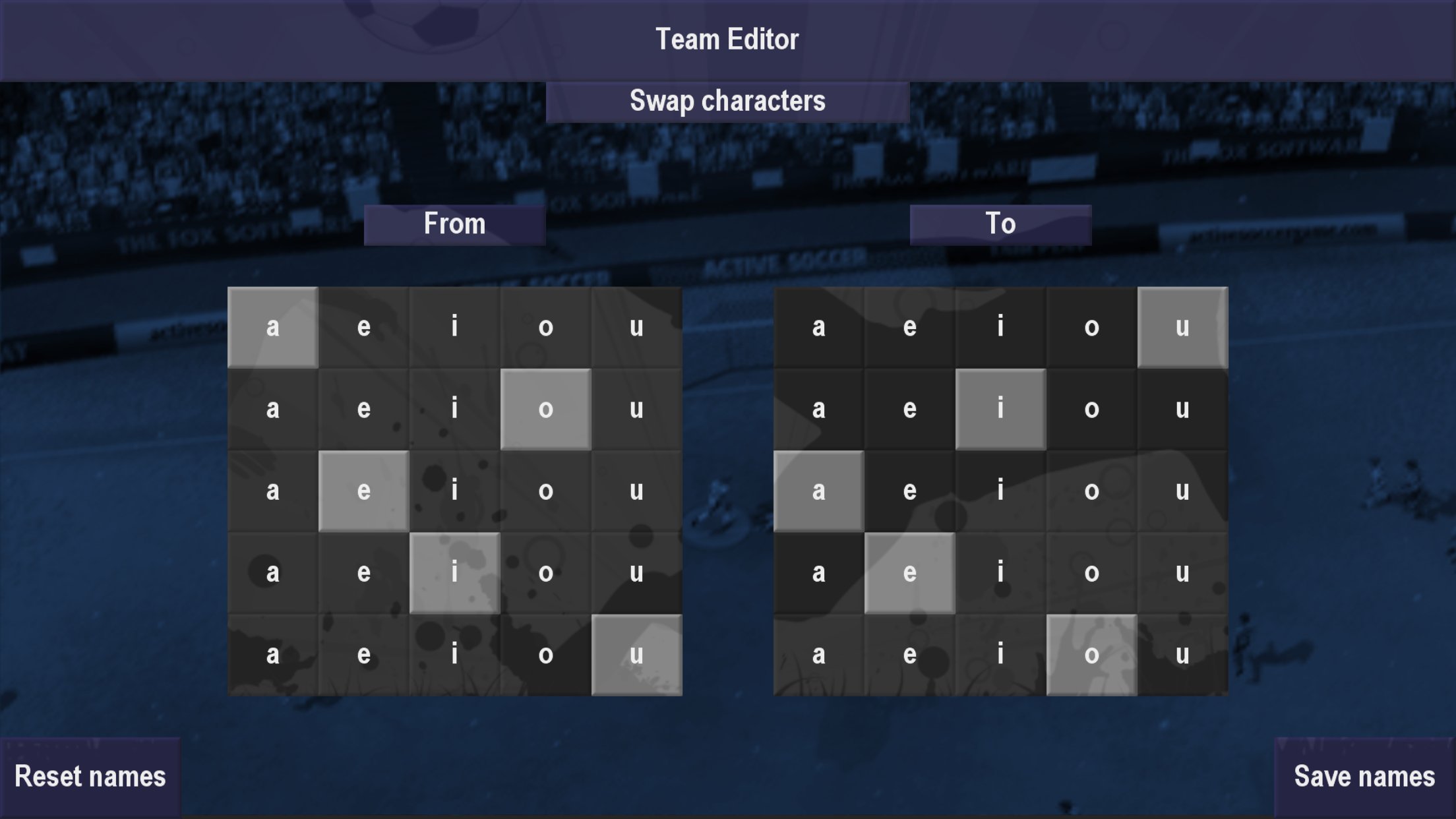 There’s a lot of oddities surrounding Active Soccer 2, but the more I played it, the more I realized that there was value in the core game. A depth started to emerge as I played more and more, learning how to use game’s limited control options to my advantage, mastering how the passing worked, and tolerating the player changing. I really started to get into some of the matches, getting excited when I would take a lead or tie up a match in extra time. The game just does a great job at getting the feel and flow of a match down to a way that feels like it represents the sport well in video game form. It’s a challenging intangible to really nail down, but this game does it.

I enjoy that there’s the ability to create a custom tournament based on different setup types, whether it just be a standard league setup, a World Cup-esque tournament with multiple stages, or even just a standard knockout tournament. There’s also a huge career mode complete with league fixtures, tournaments, and player transfers to enjoy, though this isn’t quite my taste: I want to just jump in and enjoy the game as I’m more a fan of soccer as a game, and I’m fascinated by the competition structures, especially compared to American sports, but I don’t find team management all that appetizing in the way I do a baseball franchise. But those who enjoy that sort of stuff will likely find a surprising amount of depth for an arcade-y soccer game in the career mode. 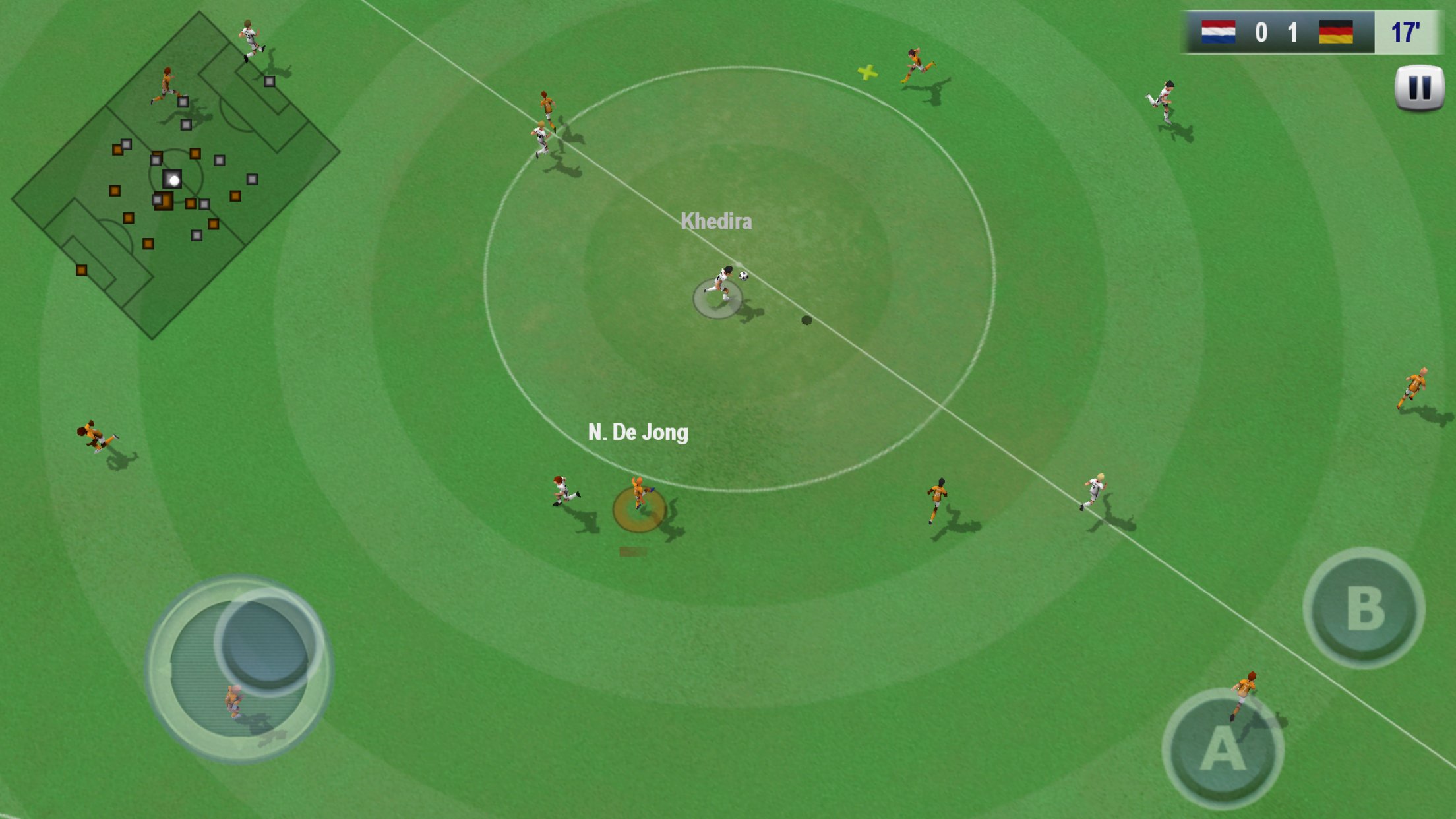 The game kind of gets an incomplete grade at the moment, because there’s a few bugs and issues that need to be addressed, along with some features to be added. Goals for a team will be taken off the board when a team gets a penalty kick opportunity instead The aforementioned team editor is apparently getting expanded. The custom tournaments have some crashes with nontraditional tournament arrangements, and those are apparently being addressed. The player-switching will be allegedly improved. The developer is active in the forum thread for the game, so at least there’s a start there as to the future of the game. MFi controls were already added in an update, so I have hope for the future of the game.

Right now, there’s a solid package of soccer gameplay, just one that could use a lot more tweaking and finalization, even though it’s in general release. Join the forum thread for the game, as the developer is there taking feedback and people are chatting about this one. As well, you may be able to get some multiplayer matches online going – I failed to find a random match whenever I hopped online, but your luck may be better if you get one planned.