Pike and Shot ($19.99) is out now on iOS from strategy vets Slitherine. This port of a PC game has made the transition very well. I bet you saw the price tag on this game, but let me be the first to tell you it’s worth it. If you are wondering what the balance between quality and quantity is for this title, the balance is that it comes with heaping amounts of both. A host of features, in depth combat, historical narratives and a clean visual style make this an amazingly well rounded premium game.

In Pike and Shot, you will take on the role of army commander in a variety of game modes including campaigns, asynchronous multiplayer and even user created scenarios. The game focuses on 1600’s style combat featuring the old “stand in a line and take turns shooting at each other" strategy. As silly as it seems in hindsight, there was still a large amount of strategy involved in battles of that time, and the game does a solid job of imparting to you what they were and how to utilize them in game. Extremely detailed tutorials will ease you into this game even if you have never played a war game before. Victory on the battlefield requires a certain percentage of the enemy army to be routed. Getting the enemy to break rank and run is extremely satisfying, especially when you can align your charges to create a domino effect of collapsing enemy troops. 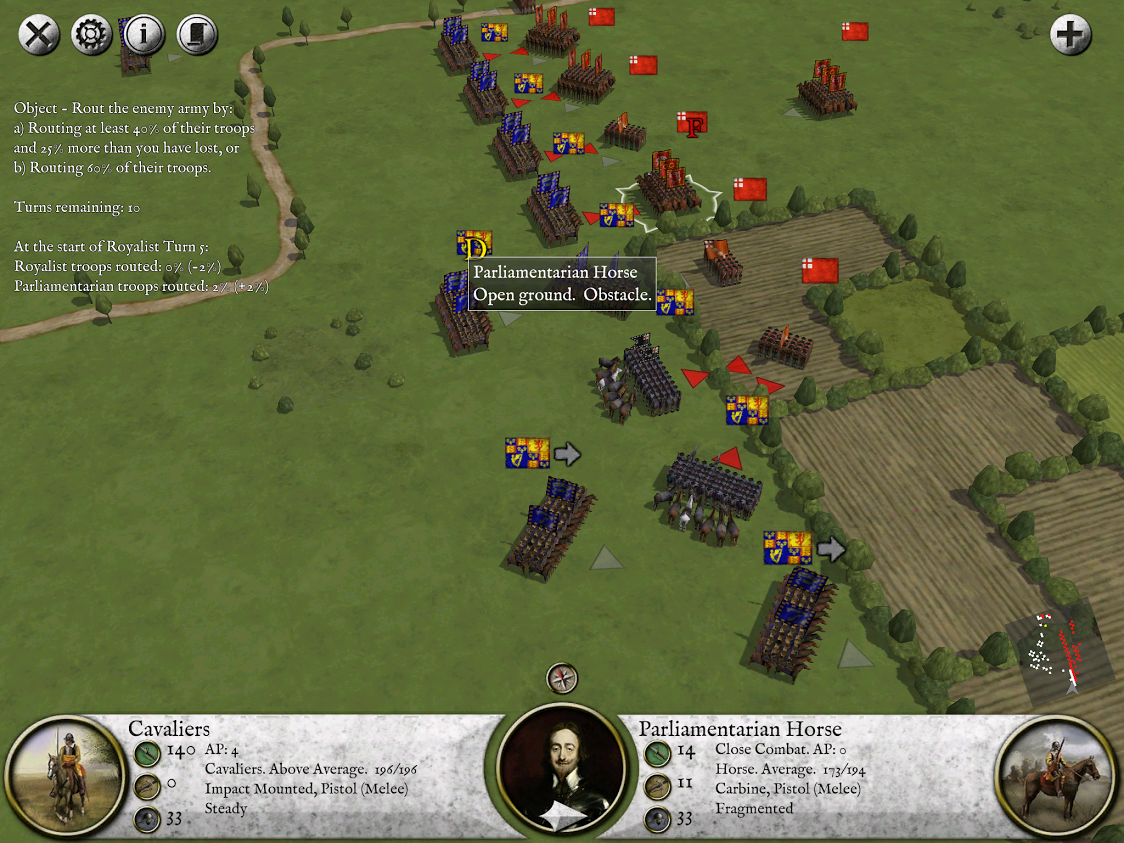 Each unit you control in game has strengths and weaknesses. You could sit and shoot an armored enemy turn after turn with nothing to show for it, but if you treat a light unit to the same attention, you might see it scattering very soon. Some units excel on charge impact and others do better in prolonged melee combat. Others yet can althogether dodge away from charging enemies to bait a charge. Most strong units are costly and you only get a certain amount of currency to employ extra troops each fight, but they do pack a large punch that I usually cannot help but splurge on.

If you are expecting a hex grid for this game, you might be disappointed to find that it is laid out on a square grid. This is probably the biggest departure from standard strategy games. I don’t mind this, especially since it’s actually an octagonal grid in disguise. Units can aim diagonally to charge and shoot, which means the angle of attack isn’t nearly as limited as you might initially assume. The Octo grid works well for this game. It is very head-on and, well, it just makes sense given the battle strategy of the time period.

Visually, the game offers a clean if not spartan experience. The UI is compact and intuitive, but the maps and terrain are regrettably similar. While it is more interesting that staring at a grid, Pike and Shot does little to break up the rolling country side you fight the majority of battles upon. Our forum thread has had some concerns surface in this regard as well. Walls and barriers do offer some diversity on the strategic side of things, I just wish it had rolled over a little more into the graphical side of things. One other thing you might expect to be in the game is a fog of war mechanic. It makes sense to me that it is not included. This is, after all, a large amount of men standing in open fields gunning each other down at times at point blank ranges. I enjoy the fog mechanic when it shows in a strategy game, but it’s absence here is understandable. 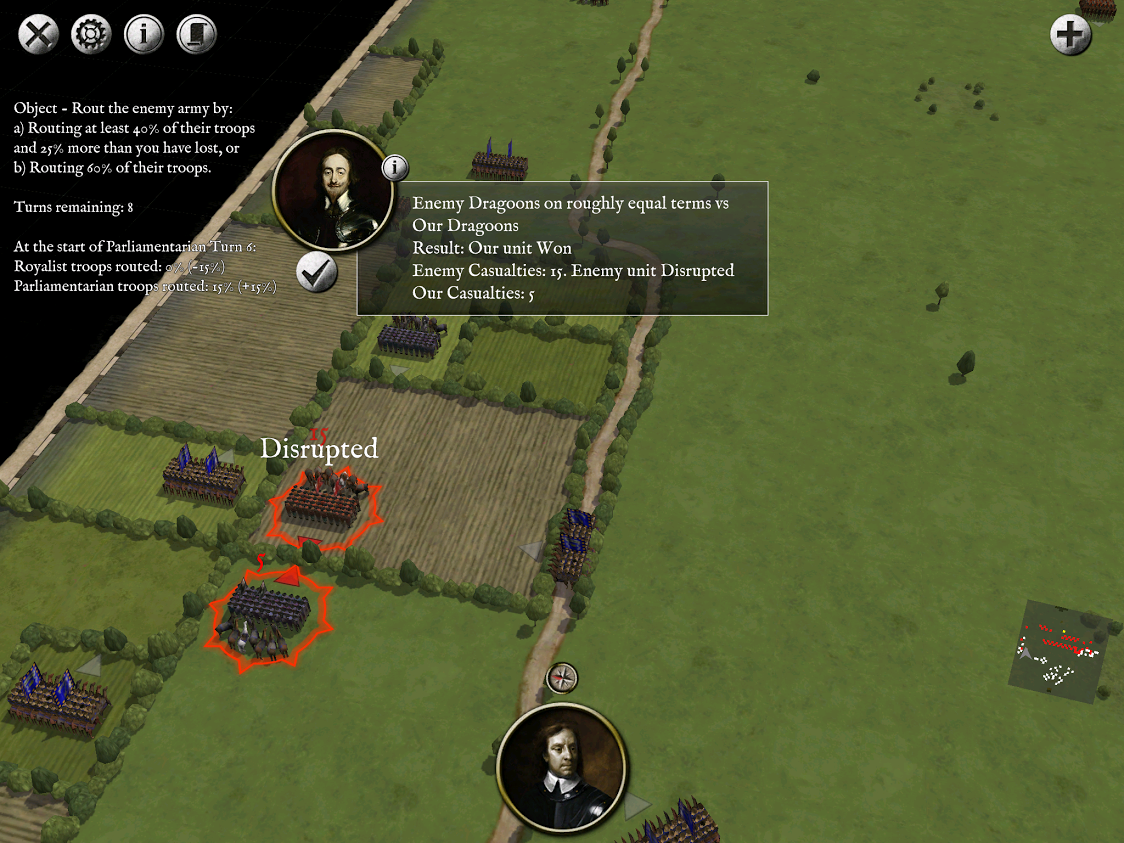 As a game in the $20 price bracket, it’s expected that Pike and Shot come fully loaded with it’s async multiplay and multiple campaign scenarios as well as skirmish options. I think that is kind of the general feel of the game. The majority of the game only achieves what is expected and doesn’t break the mold. It does, however, fit the mold very well. One thing I do really enjoy is the domino effect feeling of rolling through the flank of an enemy army. It actually reminded me greatly of my days playing Warhammer Fantasy Battle on the table top. Much like Pike and Shot, WFB also primarily functions on the rank and file approach to stand and shoot warfare. Just like Pike and Shot, a WFB flank charge was often devastatingly delicious.

It is funny that for less than the cost of taking someone to a movie you could get this game, but it is still considered a high price for an app. With that said, I don’t think you could go wrong if you are even slightly interested. The game has strategic depth and lacks the cracks and wrinkles of many of its competitors.