"Well, that was something that happened." That was my reaction after completing Potatoman Seeks the Troof (Free), an oddball little platformer from Pixeljam Games that’s certainly an experience. It’s a brief platformer, with five different levels, which don’t take too long to beat, necessarily, but it’s as much about the odd story running through it. You control the eponymous Potatoman, seeking the “troof" – about existence, life, who knows? It’s a game that you probably shouldn’t play for pure platforming challenge, but because it’s an odd experience.

The quest for the troof does involve avoiding cacti, eggs, and cars on the way to the end, with Potatoman only able to jump and move horizontally to dodge hazards. Each level gives you ten lives, and you’ll need them, as trial and error plays a major role in the proceedings here. The game throws in plenty of “gotcha" moments that you have to figure out, moments where you have to react quickly to falling objects, and complex patterns that you have to sort out. The difficulty winds up being a bit of an illusion: once I beat the game the first time, knowing the game’s tricks and patterns, I was able to defeat it without running out of lives on a second run-through. 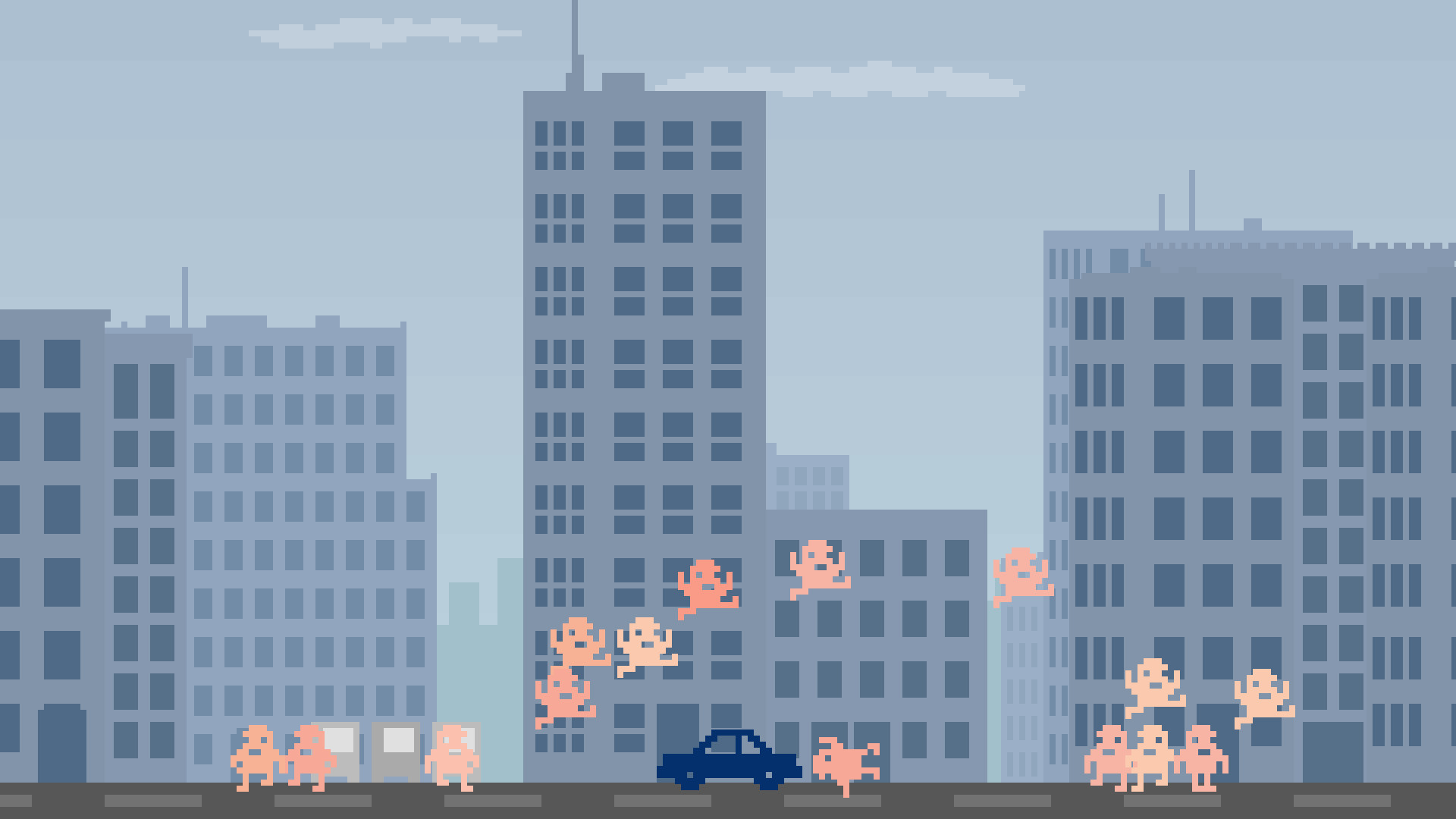 Why beat it twice? Well, the point of the game is its message, whatever it is. I don’t want to spoil too much about it as I think it’s best to experience and see it for yourself, and because I don’t really quite understand it myself! I don’t think a second playthrough really enlightened much beyond the illusory nature of the difficulty being about surprises and pattern recognition. Still, the ride up until then may be challenging enough.

There is one thing that I wish the game would improve with the game. There’s a little indicator that you’ve beaten the game when you start it anew, and it’d be amusing if it kept adding up for each completion. Instead, there’s just the one object that indicates you beat the game once. I’m being vague because, again, I’d rather that you find out this all for yourself. I wish there was an achievement for beating the game without running out of lives, or a speedrun leaderboard, but considering that the one achievement in the game is about the silliness of achievements and collectathon games, perhaps I’m missing the point. 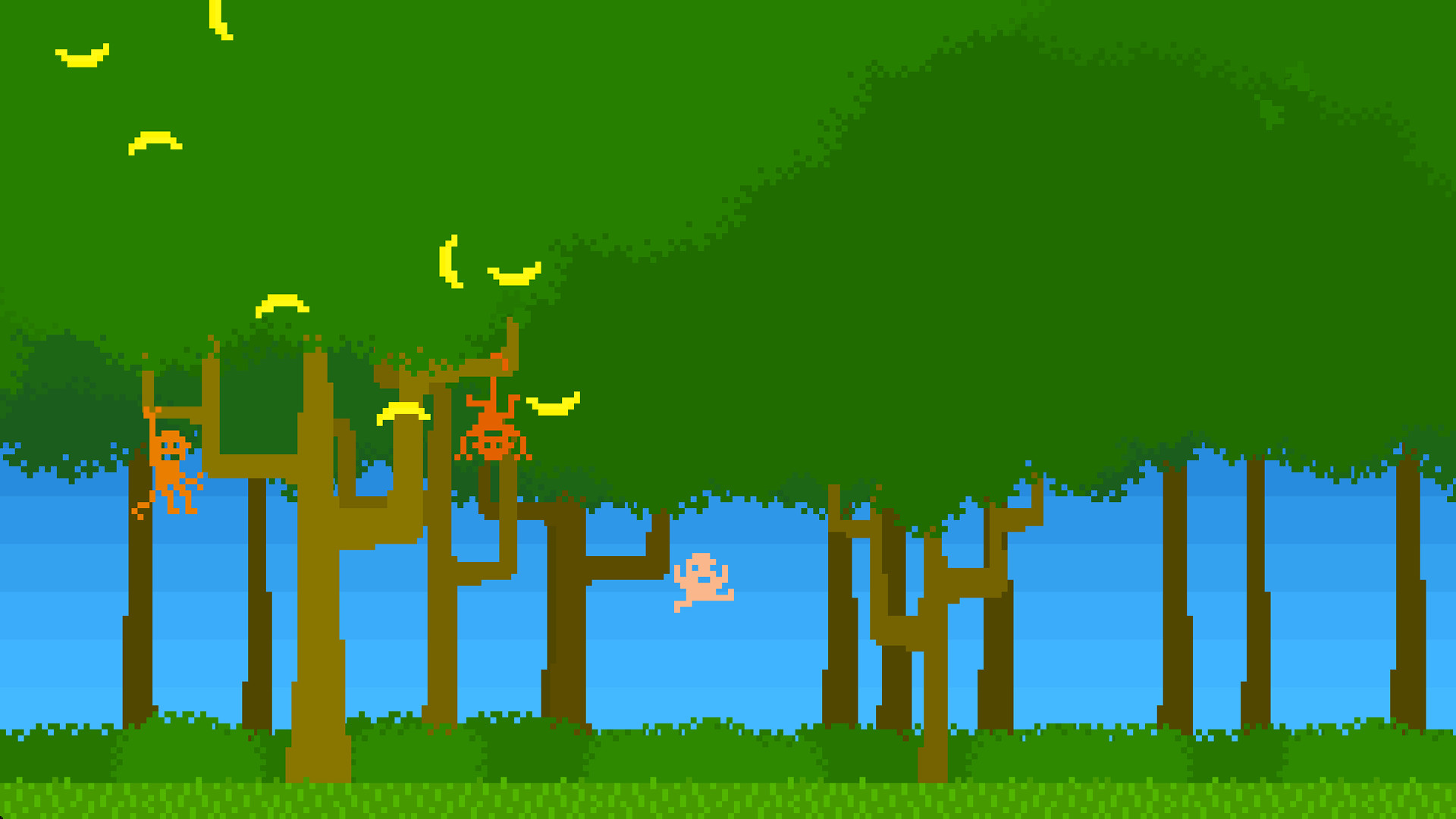 Or perhaps the game isn’t making its point well enough. I get that this is meant to be more artistic than a speedrun experience, but it’s perfect for that, and I don’t think there’s any shame in both making an artistic point and then giving players a reason to come back again, to track those game-y things. Perhaps in this case it would be dissonant to have a game about the pointlessness of making it to the end and to collect random tiffins, but it’s so perfect for an experience that you could try to beat as quickly as possible, or even to collect goofy little signifiers of how many times you’ve beaten it. But I consider myself a formalist when it comes to games being games, and there’s no shame in a video game celebrating its nature as a video game in my eyes. Heck, even the irony would be interesting.

The controls are kind of an odd duck, too, because the ground is so low on the screen, that you have to place your fingers low on the screen on a phone in order to move without obscuring anything. It works a lot better on the iPad. There are some issues where certain traps are a lot easier when approaching them after a death than running through in one life, for whatever odd reason. It may be intentional, I never quite know with this game. 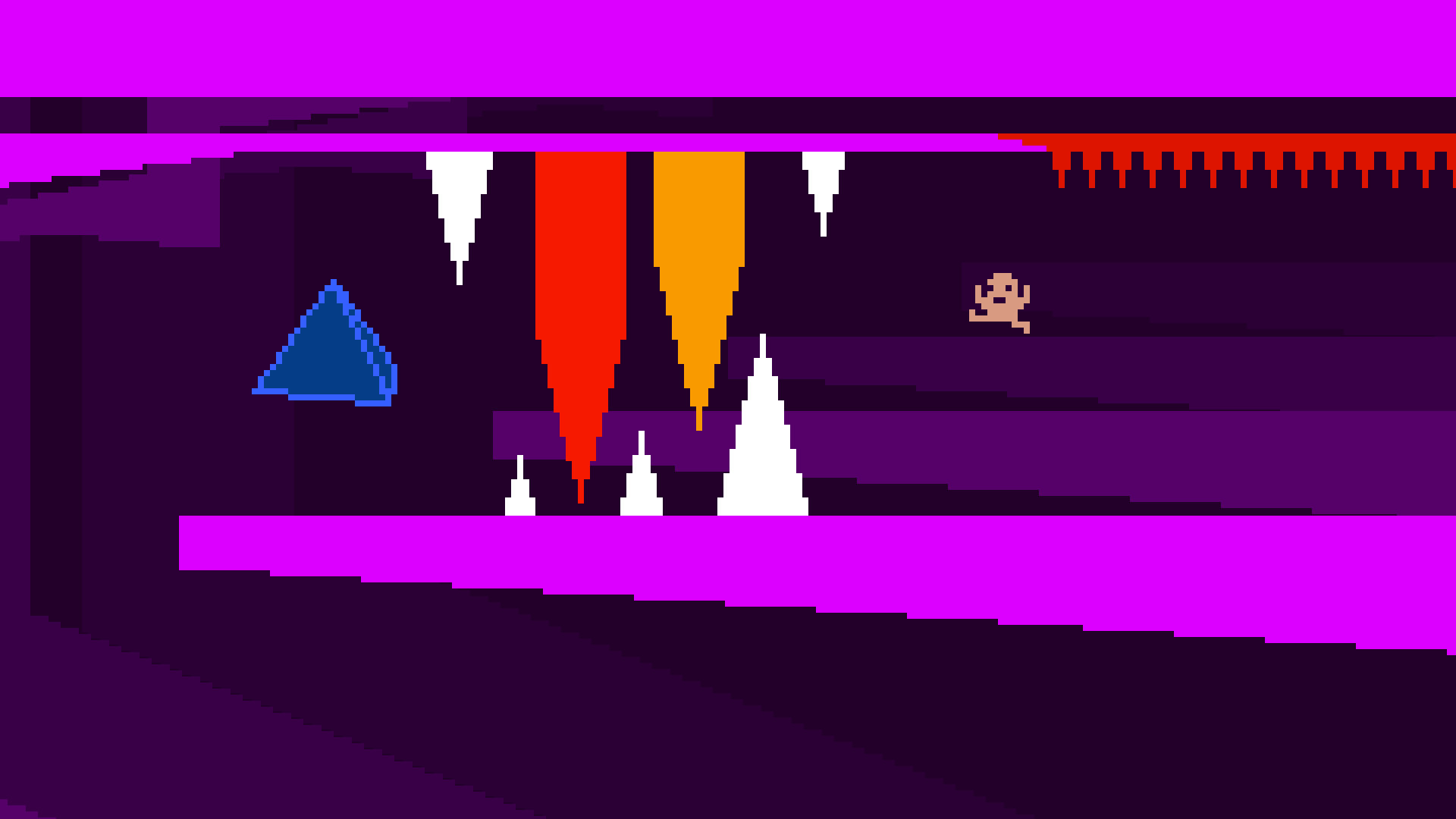 I think from a functional level, I’m not a huge fan of Potatoman Seeks the Troof. But at least it was an interesting and memorable experience, and one that has that unique Pixeljam look to it. The game is hardly the lengthiest platformer, and its challenges can be mastered once their surprises wear off, though a couple may give you fits like they did me with trying to catch on to their patterns. But this game is interesting and uncertain, and there’s far worse fates for a game to be than that.