Orangepixel swiftly added in a daily challenge mode to Gunslugs 2 ($1.99) on other platforms, where he could update the games after only a short while. Well, there’s just one problem: the iOS version hasn’t gotten updated yet. And it’s because the app update has been rejected by Apple. Why? Because of a screenshot that “show[s] violence against a human being." Well, let’s take a look at the gory, bloody screenshot in question: 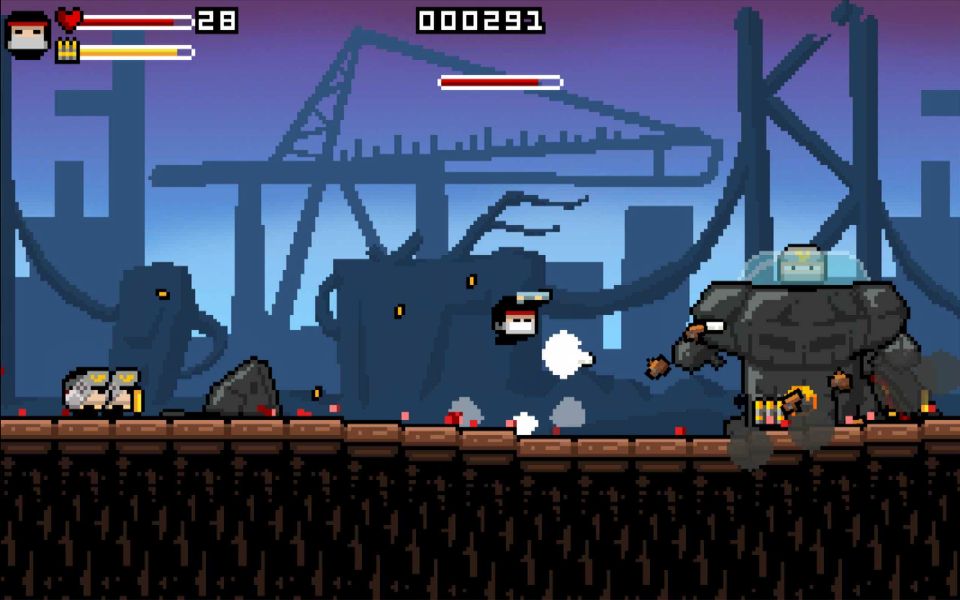 So violent, so awful, I’m sorry you had to see that. Mind you, that screenshot was approved as one of the game’s screenshots in the launch version, so this is Apple figuratively saying “That screenshot is inappropriate. Except we’re leaving it up because it was approved earlier." It’s quite possible this was a mistake from an App Store moderator who just went off the reservation a bit in not realizing that the game with the screenshot was approved already. But, considering that Apple’s job is to be the moderator of this sort of stuff, you’d hope they’d be paying a attention to this sort of thing.

Hopefully it gets worked out. And if you ever wonder why App Store screenshots don’t show much of the actual game, this may just be part of why: Apple might be willing to sell you the game but not show you the screen!

Update: Looks like at someone at Apple realized the silliness of what was going on here a couple hours after it all unfolded, and the update for the game has been approved and should be propagating through the App Store. It adds the aforementioned Daily Challenge mode, and a few other tweaks to the game.