It’s kind of fascinating how Telltale’s massive turn with the release of The Walking Dead (Free) has changed the adventure game ecosystem. Telltale’s telltale (HA HA!) marks on the genre are incredible evident as adventure games have shifted to being more cinematic experiences and less centralized around hunting for and combining weird items to get to the next part of the game. If you’ve played one modern Telltale game, you know how the rest are going to play, with that feel always seemingly like a Telltale trademark quality, almost. This makes things weird (in a good way) when other developers make things like Telltale games who aren’t Telltale, such as the recently released Sons of Anarchy: The Prospect ($1.99) by Orpheus Interactive Inc.

My first impressions of the Sons of Anarchy game are pretty positive, largely because it feels like how one one these kind of games should. It’s weird in a good way because if you told me this was a Telltale game, I’d believe you, which is a really strange place to be as the best way to describe Sons of Anarchy: The Prospect is “It’s like Telltale made a Sons of Anarchy game." In this case, that seems like incredibly high praise, but in any other context would maybe seem like a slight against the game or developer? Maybe? See, I told you guys, it’s weird. 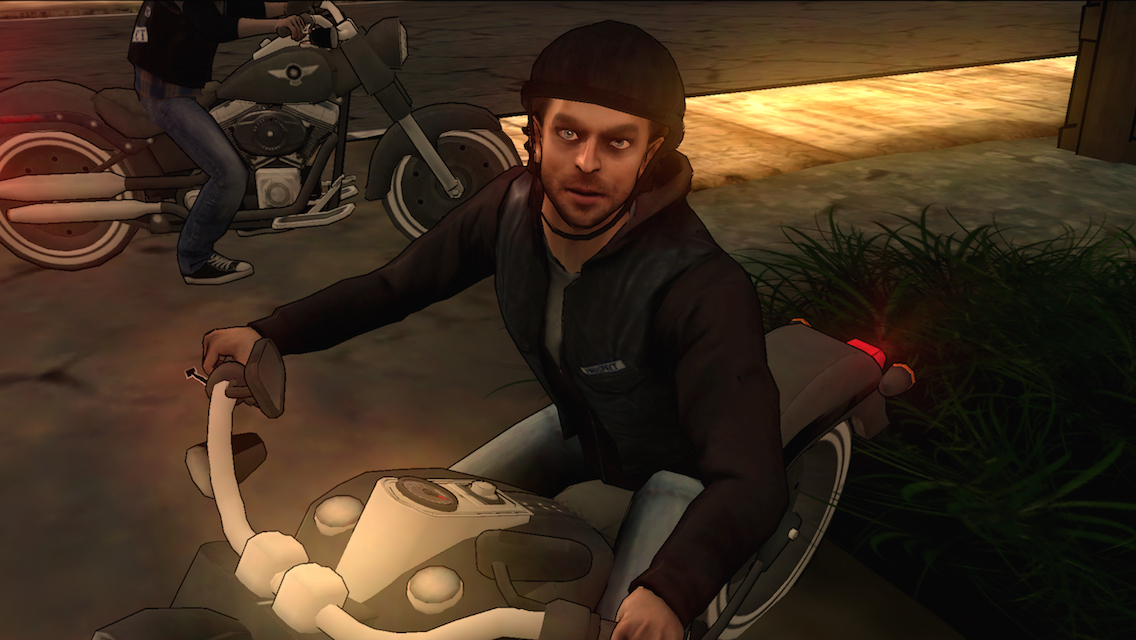 But, hey, adventure games are going in this direction because it works. If I were making one, I’d shoot for feeling like a Telltale game too. Maybe it’ll become less weird feeling as more developers get into this kind of thing and that feel transcends from “This is what a Telltale game feels like" to “This is what an adventure game feels like." Or maybe I’m just an idiot and my take on this is wrong. I’m open to that too. Either way, if you’re at all interested in Sons of Anarchy, this is the best two bucks you’re going to spend today. If you want to wait for a review, that’s cool too, we’re working on one as well.