Describing itself as an ‘Alarm Playing Game’, dreeps ($3.99) caught my eye with its attractive pixel graphics and promise of a low-maintenance adventure. Well, what I found probably can’t be called a game in the traditional sense, but it might still be of interest to some of you. Since I saw some people in the TouchArcade forums wondering exactly what dreeps is, I figured that even if it’s not something I can review, it’s at least worth talking a little about it.

Basically, this is a mildly interactive alarm clock. There’s an introduction showing a little robot boy being activated, and then he starts marching forward. The current time and date are displayed prominently in the upper right-hand corner of the screen, while the robot boy’s current level and HP are displayed in the upper left. He’ll march through various environments, occasionally encountering enemies. If he beats them, he gains experience, but if he runs out of HP, you’ll need to get him back on his feet by tapping him once. At the end of the day, he’ll settle down in some shelter, where he’ll wait until you officially put him to sleep by setting an alarm. When that alarm goes off via a notification, he wakes up with you and begins his day anew. 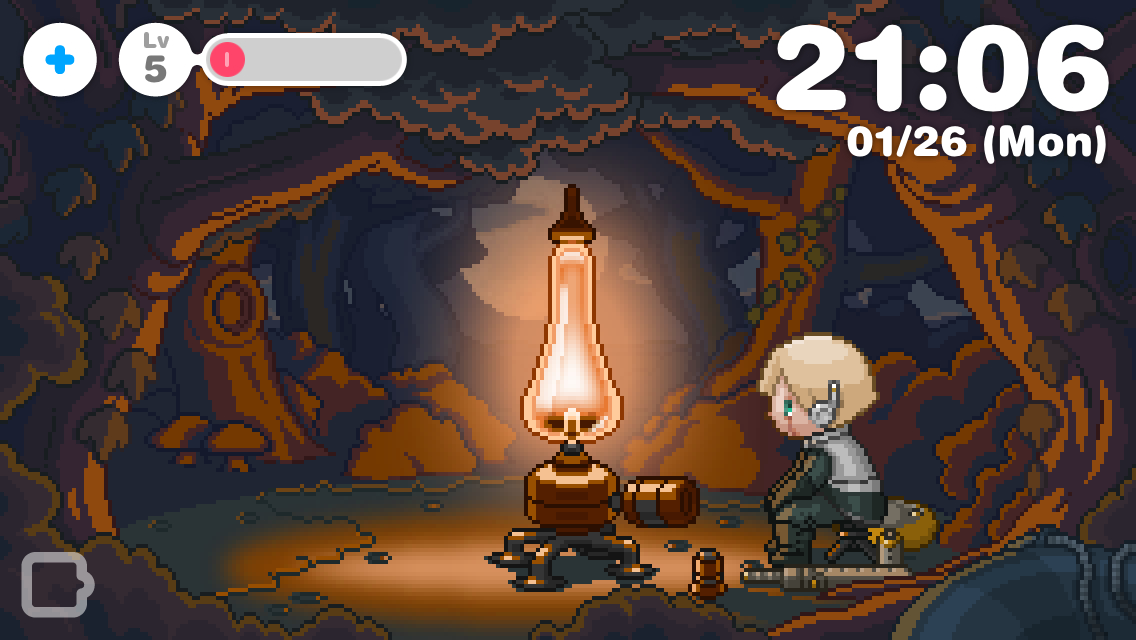 If you watch him during the day, you’ll sometimes get to witness interesting events. The story is almost wordless and leaves a lot to the imagination, but there is a certain beauty to it. Everything is gorgeously animated, and there are lots of mysterious details in the various backgrounds the robot boy travels through. As he levels up, new events will be unlocked, and more interesting things will happen. You still have to be watching to see them, however. I’ll make this clear once more, just to be safe. This is not a game so much as it is a beautiful graphical alarm clock. At best, you can very rarely tap things to make events happen. Whether or not the intricate sprite work, threadbare story, and cozy chip-tunes are worth a few bucks to you on their own, I can’t say, but I felt it would be useful to let everyone know what dreeps is and isn’t before they pull the trigger.