From a Western point of view, it’s easy to forget the fact that the mobile gaming market’s most successful territories are in Asia, something that informs the behavior of many developers from the region. Just as base- and city-building games sit at the top of the Western top grossing chart, social RPGs are the chief earners in the East. The amount of money made by games like Puzzle & Dragons (Free), Brave Frontier (Free), and Monster Strike (Free) is absurd. It’s little wonder, then, that companies like Korean publisher Gamevil are throwing out pitch after pitch trying to get in on some of the spoils of that phenomenon. They’re hardly alone, with even the mighty Square Enix appearing almost desperate in their frequent attempts to score a home run.

There’s a certain tragedy to all of this. It goes without saying that these companies have very talented people working for them, and true to form, they are turning out some very high-quality examples of social RPGs. But this is the App Store, and making something fun and polished generally isn’t enough. Worse, as more and more companies throw their hats into the genre, leveraging this IP and that, it’s getting to the point where even major marketing efforts are no guarantee of success. These types of games usually involve heavy investment from the player in terms of time or money, making them reluctant to give up the game they’re currently playing. Yet, one person can only juggle so many social RPGs, and once their platter is full, it doesn’t matter if the game is well-built or fun on its own merits. At that point, the new game has to wrest the player away from their investment in another game, and that’s no small task. 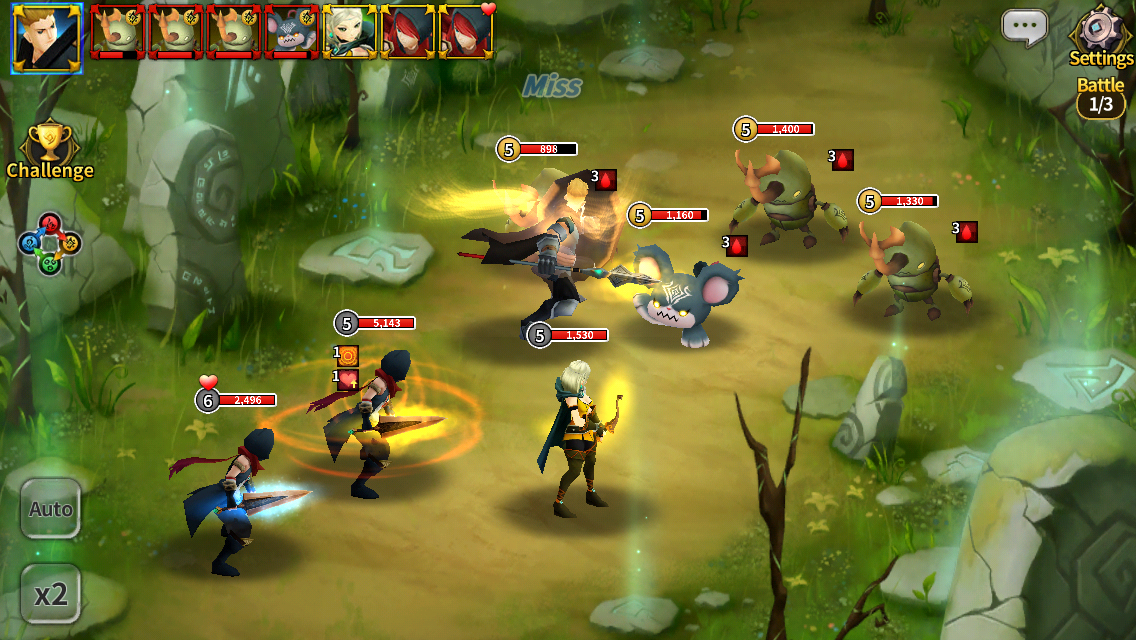 Okay, so that’s a huge chunk of spit-balling, but I think it’s important context. Elune Saga (Free) is not a bad game. The graphics are appealing and the game flow is enjoyable and relatively fair. There’s obviously been quite a bit of care put into this game. If this were the tenth social RPG I had played in the last couple of years instead of around the hundredth, I think I’d be quite thrilled with it. Sadly, that’s not the case, and I doubt I’m alone in that, and that puts Elune Saga in a bit of a weird place. Its biggest sin is that it lacks a revolutionary, exciting new feature that puts it above most of its peers, and as sins go, that’s a fairly common one. In the vacuum of my review conditions, where I make each game my world for a short span of time, I really like Elune Saga, but when the review’s all written and my work is done, I can’t imagine it’s going to stay on my device.

In Elune Saga, you play as Tristam, a young man with the power to call on summoned souls to aid him in battle. You’ll meet other characters with this ability who will join your group for a price, and you can also fill out your party with someone from your friend list. It has all the usual things you would expect from a social RPG. You’ll battle through stages with a set number of battles, collect money and special currencies, level up and evolve your souls, and so on. Like in most of these games, you’ll earn quite a bit of one currency that allows you to take a random pull from a lower-grade group of cards, and just enough of a more premium currency to take the occasional random pull from a group of rare spirits. The souls will only level up if you feed them other souls or leveling materials, while your characters will themselves level up through winning battles.

The battles are similar to those found in standard turn-based RPGs. Each participant is placed in the battle order according to their speed, and when their turn comes up, they can take an action, whether it be a regular attack or one of their special soul moves. If you use a special move, it has to cool down for a set number of turns before you can use it again, so you’ll want to use those almost immediately upon entering battle and then saving them for when you really need them. The battles play out from an isometric perspective, looking a bit like the combat scenes in Capcom’s Breath Of Fire series. They’re reasonably strategic, with lots of buffs, debuffs, and elemental strengths and weaknesses to consider, but as usual for this genre, rarity and level of your cards is king. If you can’t put together a decent team of cards through regular pulls and a bit of luck, you’re going to hit a wall sooner or later. 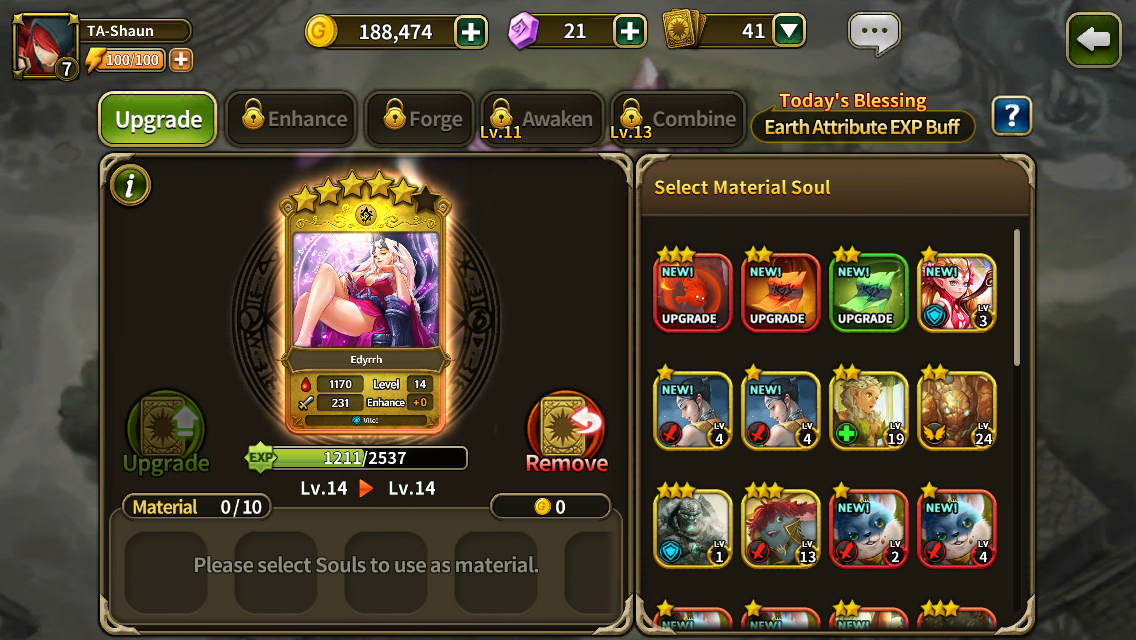 Again like most social RPGs, Elune Saga also offers a lot of time-sensitive side content you can enjoy even if you get stuck in the main adventure. There’s an arena where you can pit your team against CPU-controlled teams of other players and a special challenge dungeon, though both require special consumable items to enter, so you can only play for so long even if your stamina meter holds out. I guess it’s as good a time as any to check off that list. Elune Saga has stamina meters, requires regular online check-ins, features full-screen ads for Gamevil’s other games on start-up no less than once each day, and uses a premium currency to fuel all sorts of mechanics. It’s nothing unusual for this genre, but I want to make it all clear.

I really like the presentation of Elune Saga. The art style is good, the graphics are above-average for this sort of game, the music is nice, and the UI is well-designed considering how much it needs to keep track of. It could use a little more enemy variety, but it’s ahead of most of its peers simply by rendering the foes as animated 3D models instead of static images. Unfortunately, it’s also very crash-prone if you’re playing on older hardware, and it has frequent and lengthy loading no matter what hardware you’re using. There are social RPGs that look better than Elune Saga, but not many, particularly in English. The game also features live chat, which I suppose is somewhat unusual in this sub-genre.

I never quite know what to do with games like Elune Saga. It doesn’t do anything novel or well enough to stand out from the pack, but taken apart from that pack, it’s a fairly solid effort. If you’re not already juggling too many of these kind of games, you might want to give Elune Saga a look, but I can’t say it’s worth breaking up with Terra Battle (Free) or Puzzle & Dragons over it.