If it ain’t broke, don’t fix it. That’s pretty much the attitude for WWE Immortals (Free), which is out right now, which I got a hands-on demo of recently at NetherRealm Studios out here in Chicago. The Mortal Kombat developer is of course known on mobile for Injustice: Gods Among Us (Free), which has done remarkably well for them and has done a great job at being a fighting game that scaled down to mobile and free-to-play without feeling way too dumbed-down and pay-to-win. And after playing through some of WWE Immortals, it seems as if the strategy was quite simply “Let’s do Injustice but with WWE stars" to the point that the game should probably just be called “WWE Injustice." 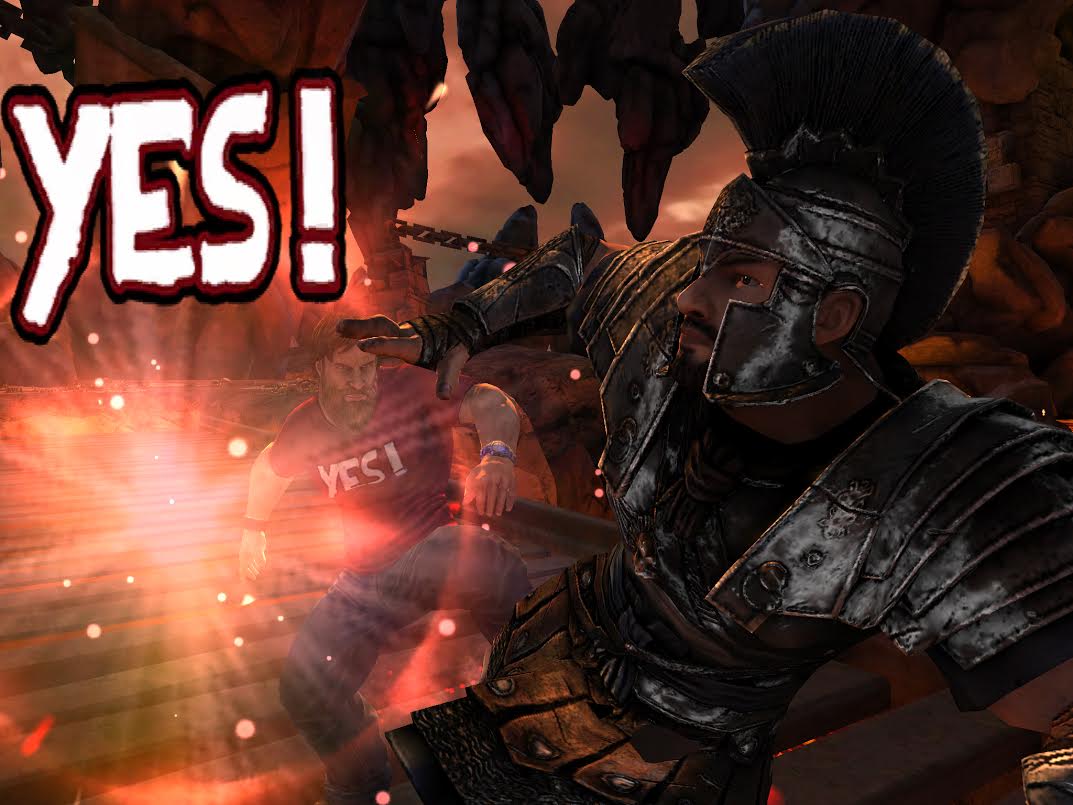 Pretty much everything feels familiar – the combat uses the controls based around taps and swipes to do quick and heavy attacks, with quick-time events to do more damage. Battles are still 3-on-3, with each character having a 3-tier super bar that can be used to deploy different super moves. The different moves and attacks were all intended to be more about grappling, because this is based on wrestling, after all, but the overall feel is very similar to Injustice. Not that this is a bad thing at all, Injustice for mobile is a fine game, and if you want more of that but with WWE stars, then, well, you should get excited for this.

There are over a dozen wrestlers in the game, all represented in over-the-top fashion. Roman Reigns is a gladiator, The Rock is a golem, and so on – they all play off of the personas of the wrestlers. Similar again to Injustice, there are different versions of each character. So, Daniel Bryan has both “YES!" and “NO!" versions. Most characters have different variations, but a few have only one right now, like Kane. There’s the ability to scrap character cards for materials, which can be used to craft equippable items for each character. As well, each character can get buffs or debuffs depending on who is on their team, so choosing wisely is important.

While the game on the surface seems to be cutting it very close to Injustice in terms of gameplay, structure, and features (online play will be in at launch), it will be interesting to see how some of the new features wind up working out for the long-term feel of the game. There are obviously a lot of little things that a short demo wouldn’t reveal that could go for or against how much fun this is, and how fair the monetization is, though a producer stressed that they take great pride in making the game feel free. There is the energy system from Injustice where each fighter has their own energy meter, so it’s possible to just constantly swap out characters as you wait for them to recharge, so it certainly seems promising that it’ll strike the balance that Injustice did.

Really, I saw nothing to dissuade anyone excited for this game because it looks like “WWE + Injustice" to not download it right the heck now. The devil will be in the details, but given how much we know about Injustice, and how much this game follows that formula to a T, I don’t see much to worry about.