It’s possible that I’ll never get tired of good “endless" games. Although there’s no real goal in sight, earning all of those incremental upgrades to do slightly better after each run is the definition of deviously addicting. Go!Go!Go! Racer (Free) has the addicting part down, but it suffers from the same fate as any heavily monetized game in that the devs have made it difficult to enjoy it without paying up.

Along with a catchy theme song and cheery title announcement intro, the cute anime veneer of Racer is undeniably fun. From the moment I booted it up to the tutorial I was appropriately jazzed up to play, and the bright and vibrant visuals are a joy. The art style also looks crisp on a newer device, which is a plus. 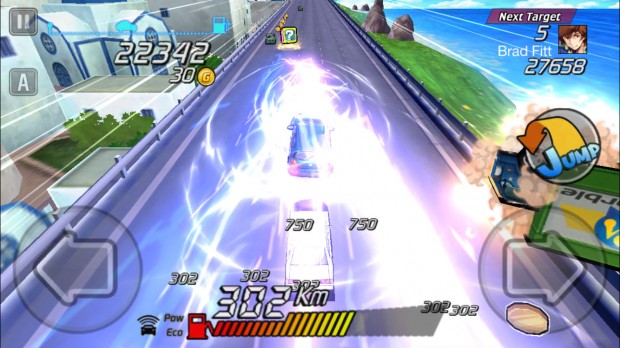 The game is an arcade-like racer, so the controls are dead simple. You can move from left to right with the press of a button on each side of the screen (the game is played horizontally), and there’s a single “jump" button should you need it. That’s it. Traffic is plentiful and so are the hazards, so you’ll always have something to dodge as the environment shifts from gorgeous looking highways to cities to vistas. “Rivals" will occasionally invade your game, and should you best them with the power of speed, you’ll earn a huge bonus.

In order to wrack up points, you’ll have to swerve in and out of traffic to earn a near miss or “Go Bonus," and you can also hang out behind cars for a slip stream boost. The combo system is simple but satisfying, since every car is a potential treasure. Power-ups like  magnets and speed boosts are also a go, and you’ll get a rush every time you pick one up. As you can see, there’s a lot going on despite the easy-going premise. 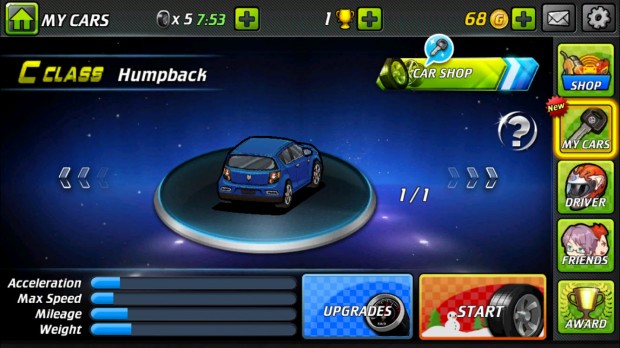 It plays great, so what’s wrong with it? IAP. IAP for days. Energy system? Check. Currency for upgrades? Check. Premium currency for extra content like characters? Check. There’s three forms of currency if you include energy, and upgrading your car (or buying a new one) is incredibly slow through normal gameplay. It’s a shame that there couldn’t have at least been three starting vehicles just for diversity’s sake — by the time you sink coins into upgrading the base car to earn more points, you’ll be ready to just move on to the next one.

Energy isn’t inherently bad if it’s forgiving, but in this case you’ll have to wait 10 minutes between sessions. And since each round can last as little as a minute, that’s a lot of waiting, with no option to “buy out" the energy for a fee. You also can’t play unless you’re connected to a network, and it constantly asks you for a Facebook link. It happened sparingly, but during a few occasions I couldn’t connect (and therefore play the game) even though my connection was perfect.

I would have gladly paid for a premium version of Go!Go!Go! Racer and still deal with nominal IAP. I hope that the developers one day see the light, because they have an addictive, colorful, and unique endless game on their hands.