The match-3 RPG genre is one that I love, but one that’s getting to that point of over-saturation that whenever a new one comes out I find it hard to get excited for. It was for that reason that when Hero Emblems ($2.99) launched this week, I didn’t give it more than a passing glance, as I figured “Oh it’s just another one of those." However, the enthusiasm from players in our forums caused me to give Hero Emblems a more discerning look, and boy am I ever glad that I did. It’s still early on, but at this point I feel like this is finally the match-3 RPG that I’ve been waiting for. 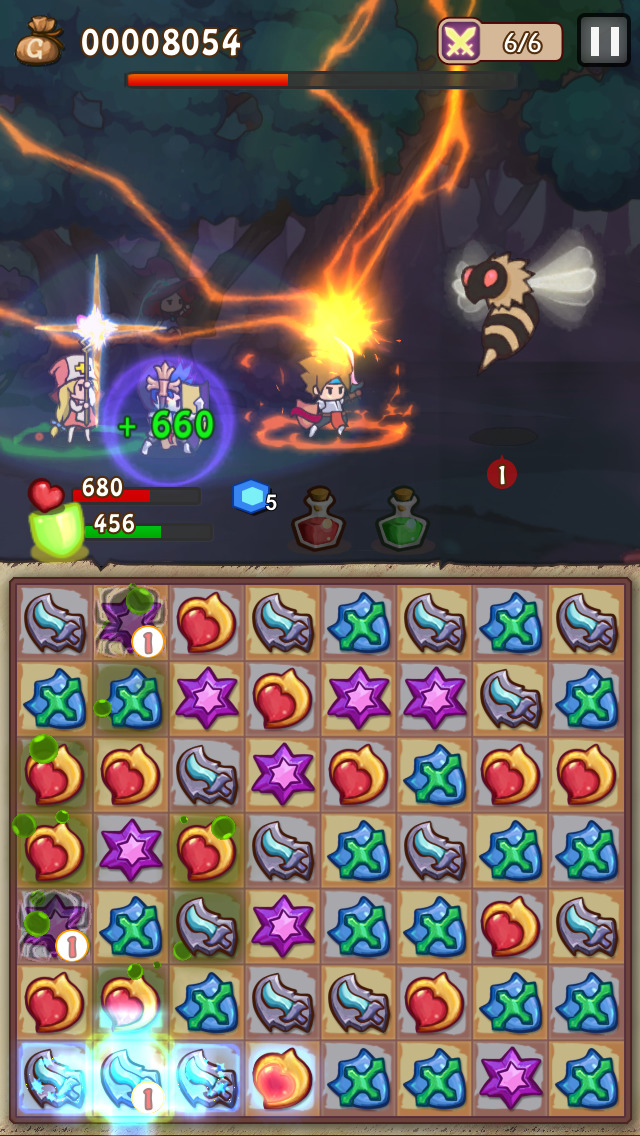 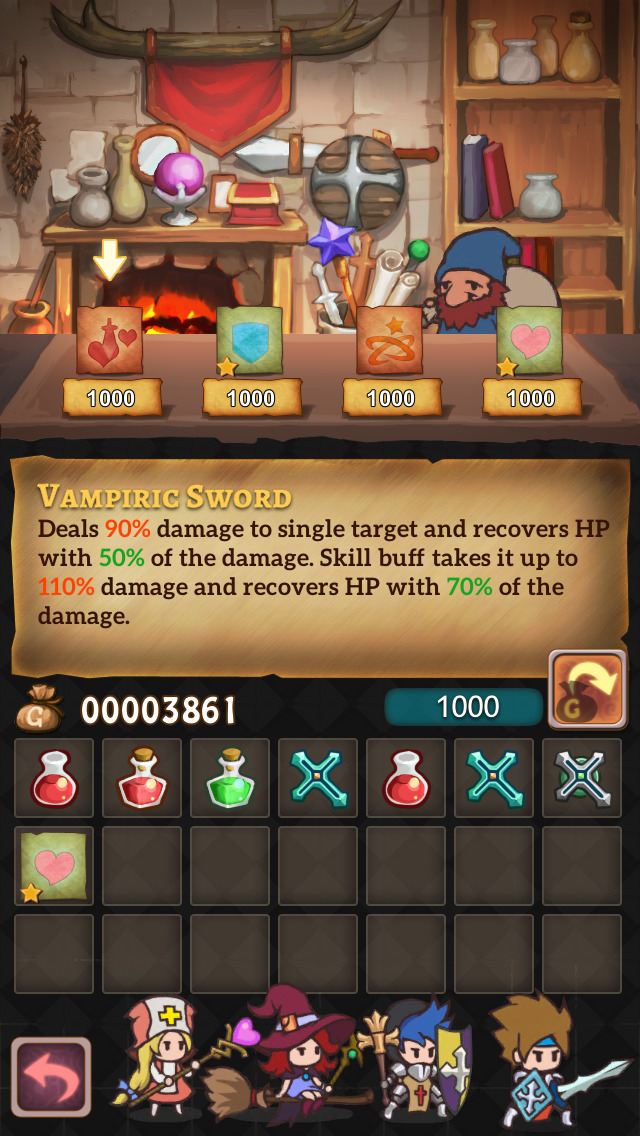 Hero Emblems doesn’t break a lot of new ground. You’ll travel around a world map taking on quest and battling enemies by making matches. You have four members in your party, each with their own type of symbol on the board. Making a match out of their symbol causes that particular character to attack, raise defense, or heal. It’s pretty standard stuff really, but it’s all in the execution that makes Hero Emblems stand out from similar games.

For starters, this isn’t a free to play game, and there’s no in-app purchases. Typically these types of games get to a point where you feel forced to grind or skip the grind by buying some IAP. Or you hit a massive difficulty spike that similarly feels designed to push you towards a purchase. Not in Hero Emblems. Don’t get me wrong, there will be enemies that are tough and you may need to grind and level up a bit before taking them on, but nothing ever feels artificially forced and so far the balance seems geared really well towards testing your strategy and skill rather than your patience.

That brings me to another high point in the game, the strategy. Many of these games feel like you’re just going through the motions, making matches and defeating enemies and watching experience bars fill up. Hero Emblems actually forces you to really think about what matches you’re making and when. The RPG parts also feel deeper than your average fare, as there’s plenty of unique abilities to gain and equip to your party members that will greatly affect the way you play. Related to that, I actually find the story to be quite interesting, and the characters to be well developed for a game like this. It definitely feels more like an RPG with match-based battling rather than a matching game with light RPG fluff layered on top.

Typically, I get really excited for a new match-3 RPG and enjoy the heck out of it for a couple of weeks, but then things just fizzle out and I lose motivation to carry on. Often these games just don’t feel very meaningful, and rather it feels like you’re just kind of spinning your wheels. In Hero Emblems I actually feel myself and my party getting better and more skilled, and I feel invested in the story, the characters and the universe of the game. Maybe I’m just on that initial high and I’ll be putting this one away in a couple of weeks as well, but my gut tells me that won’t happen. This feels like everything I’ve ever wanted in a matching RPG, so if you’ve felt similarly let down by other games in the genre I’d definitely recommend giving Hero Emblems a spin.